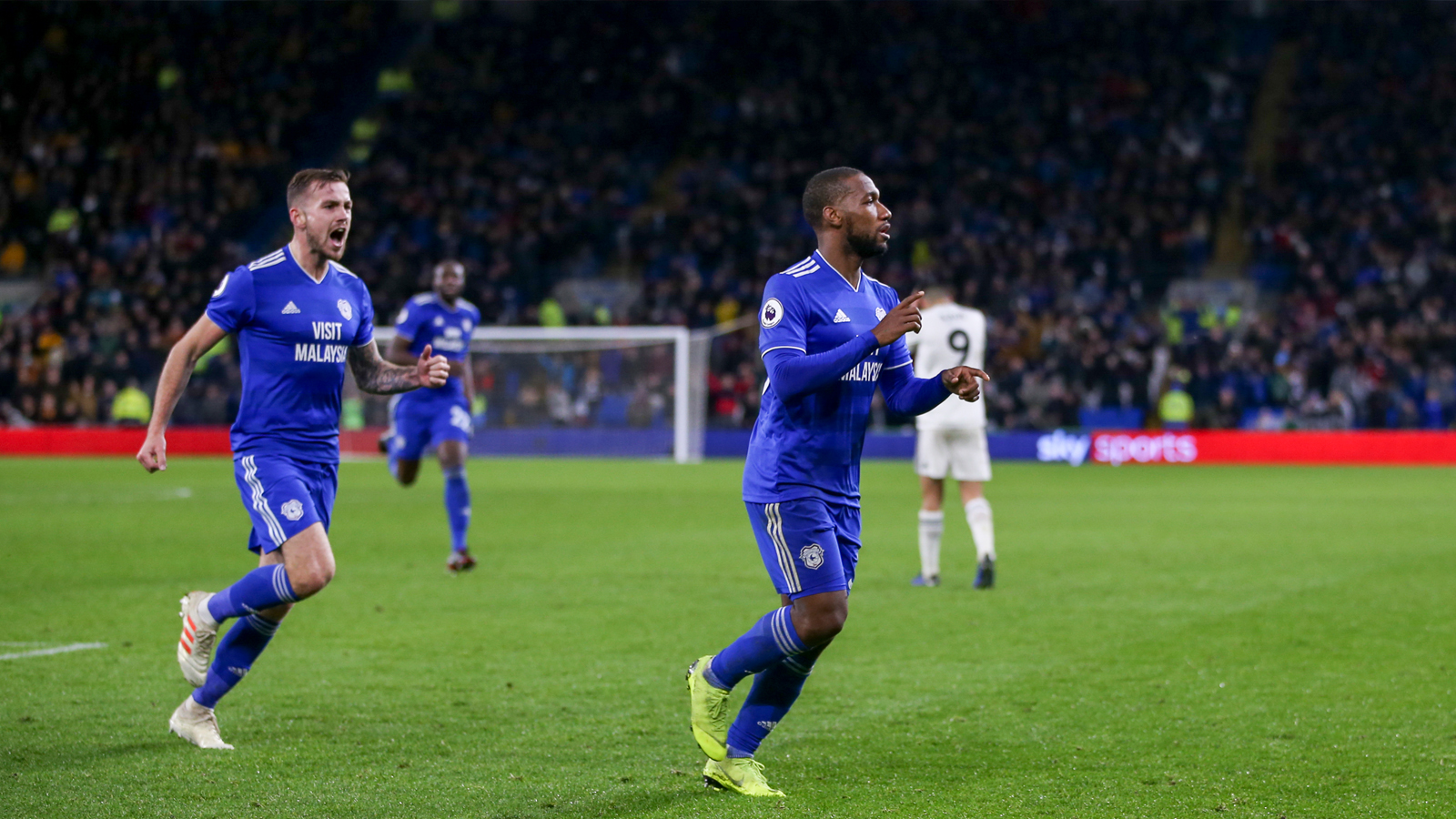 With CCS having earned its reputation as a fortress for the Bluebirds, we recall some of the greatest City victories that were taken after the hosts went behind in South Wales...

A match that will likely still be fresh in the minds of many a City supporters, this clash against Wolves was a thriller that will be talked about for many years to come.

Competing in the Premier League in the 2018/19 season, the Bluebirds were set to face Wolverhampton Wanderers in late November.

Both sides had reached the top flight through automatic promotion from the Sky Bet Championship at the end of the season prior, with Wolves having narrowly defeated City in the previous meeting at CCS in April 2018.

A goal in the 18th minute from Matt Doherty gave the visitors the lead, with the right-back striking on the rebound from his 200th appearances for Wolves.

Trailing at the break, the Bluebirds ensured that they were the side who scored next, however. Skipper Sean Morrison used his strength in the air to guide a high ball in the visitors' area downwards towards a waiting Aron Gunnarsson.

Reacting quickly, the midfielder acrobatically rose to strike the ball on the half-volley, making no mistake from six yards out as he equalised sensationally in front of the USW Canton Stand.

The third goal of the evening proved the decider, as Junior Hoilett provided the moment of magic that raised the roof at CCS.

With little more than 20 minutes remaining, City were pressing their opponents deep in the final third. Shot after rebounded shot was thrown towards the visitors' back line, yet none could penetrate the strong defence to find a crucial conversion.

Receiving the ball at 20 yards out from a rebound, the Canadian winger stepped up to shoot on his first touch. Lifting the ball high, his effort curled gracefully towards the far corner of the goalmouth, flying past the outstretched hands on Rui Patrício before clipping off the crossbar and over the goal line.

Following the emphatic celebrations around the ground, the hosts held on to their well-earned lead, defeating Wolves at CCS with another determined performance in South Wales.

The Bluebirds won their first match in the top flight in 51 years in their first home fixture of the 2013/14 season, as they defeated Premier League giants Manchester City on a sunny August afternoon in South Wales.

The Citizens, who had won the 2011/12 season and finished in second place in the following year, arrived at CCS for their second match of the 2013/14 campaign having opened their account with a 4-0 victory against Newcastle United at the Etihad Stadium.

Following a goalless first half, the visitors took the lead as Edin Džeko fired home from the edge of the area in the 52nd minute of play.

The lead they had established was quickly erased by Gunnarsson, however. The Iceland international pounced on a rebounded shot that had been parried away by 'keeper Joe Hart, sending it home from close distance as CCS erupted.

Taking the lead for the Bluebirds not 20 minutes later was Fraizer Campbell. The striker, who had joined City in January 2013, headed in at the far post, and doubled the lead with goal from the opposite angle with less than five minutes remaining.

An injury time goal from Álvaro Negredo reduced the deficit for the visitors, but the Bluebirds held strong for the remainder, securing all three points with a terrific top flight comeback against the eventual Premier League champions.

It should come as no surprise that City's first match at CCS against the Swans would make this list, given not only the result but the dramatic way in which the fixture was resolved.

With only a few weeks left of the 2009/10 Championship season remaining, both sides were in line for a Play-Off spot as the season drew to a close, with the Bluebirds in fourth place and the Swans three points behind in fifth.

The visitors scored the first goal just before the half hour mark as Andrea Orlandi’s corner curled in awkwardly, beating David Marshall.

Michael Chopra ensured that both sides went into the interval with a level score as he equalised for the Bluebirds after 42 minutes. The Newcastle-born striker made the most of Jay Bothroyd’s flicked on header to shoot on the half volley inside Swansea’s area, hitting his target as he scored his fifteenth league goal of the season.

Marshall was called upon several times throughout the second half as the Swans pushed to regain their lead, but held strong to deny the visitors time and time again. Most notably, the Scotland international pulled off a super save late on to deny Shefki Kuqi’s well placed header.

In the most dramatic of circumstances City took the lead in the closing moments as Chopra bagged a brace for the hosts. The striker was well positioned in Swansea City’s box once again, and deftly tucked away his shot at the far post whilst under pressure from the visitors’ defence.

With the final whistle blown, the Bluebirds had defeated the Swans for the first time since 1997, and gone one step closer to securing their place in the 2010 Championship Play-Offs, winning the first ever South Wales Derby played in City's new home.