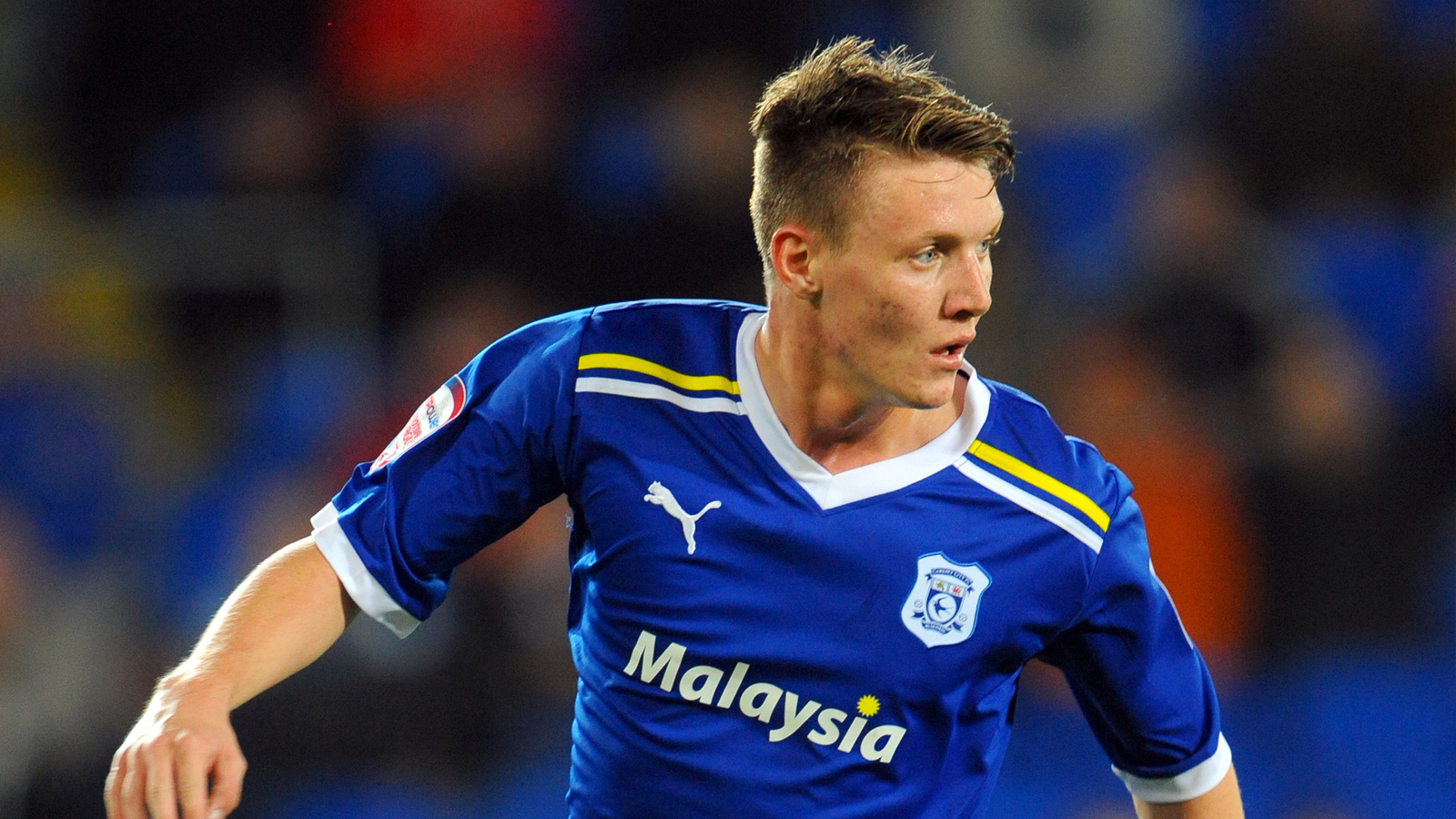 Ahead of City's trip to Oakwell on Saturday afternoon, we look back at another notable meeting between the two sides, with an eight-goal thriller at CCS... 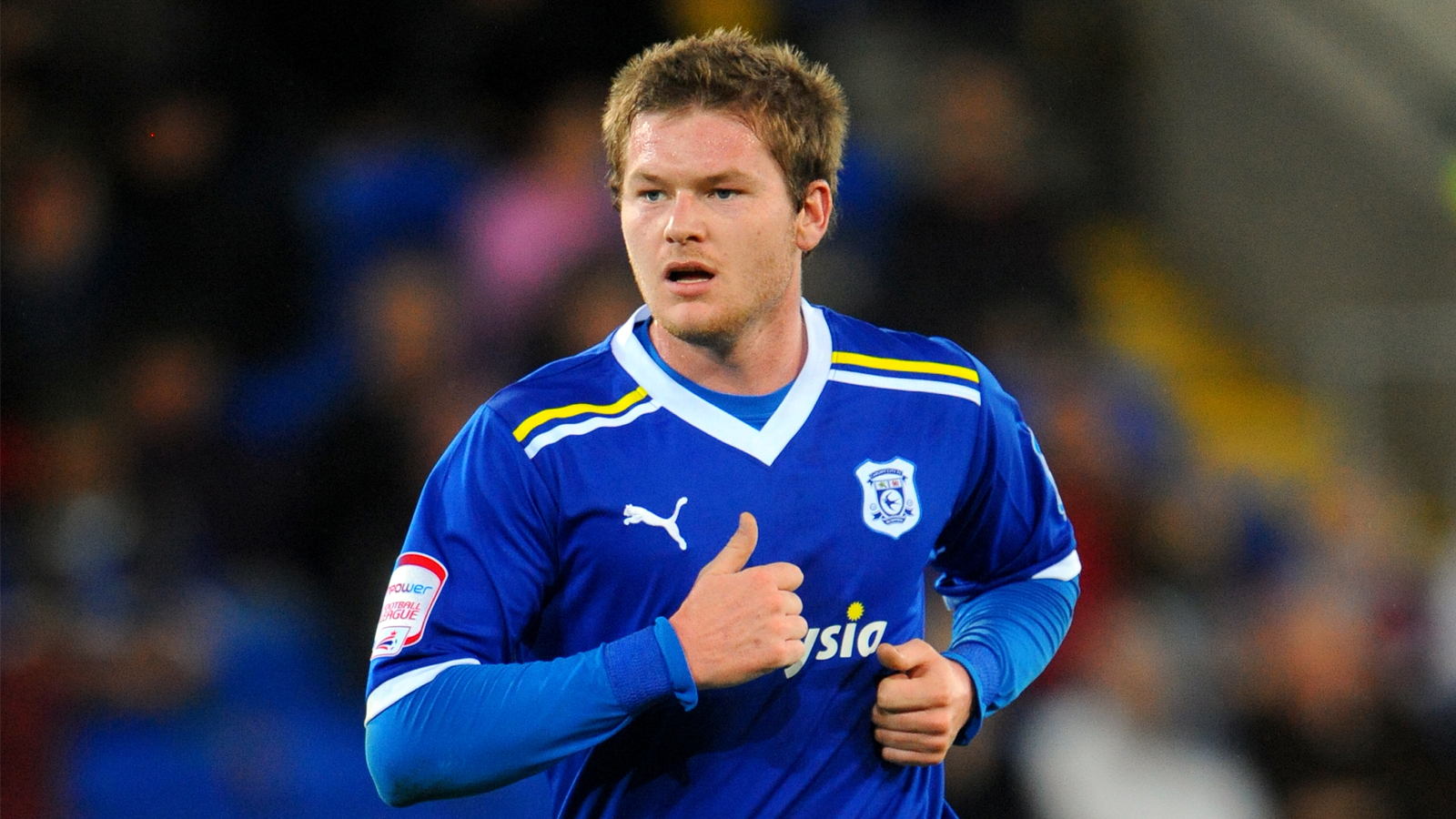 Cardiff City had began their league campaign positively as they welcomed the Tykes to South Wales on October 22nd, 2011. Having begun the 2011-12 season with only one defeat in their opening nine fixtures, the Bluebirds returned to South Wales following a 4-3 away defeat against Peterborough United the week before, and hadn't managed a win in three matches.

With plenty of familiar faces in the starting lineup, including Kevin McNaughton, Stephen McPhail and Peter Whittingham, it was the newcomers to the squad that scored the goals to return City to winning ways on the day...

Opening the scoring for the hosts, Kenny Miller struck home in the tenth minute for his fourth goal of the campaign up until that point, giving the Bluebirds an early lead following pressure on the visitors.

With Miller forced off due to injury later in the first half, his substitute made an equal contribution to the scoreline. Joe Mason scored his first goal for the Club with little more than ten minutes of the first half remaining, rebounding an effort into the back of the net to double City's lead.

With former City loanee Danny Drinkwater scoring for the visitors two minutes later, it was Aron Gunnarsson who provided an immediate response for City. The Iceland international struck home on the volley from Peter Whittingham's cross field pass, re-establishing his side's two-goal lead over the Tykes with his second for the Club.

The second half provided yet more goals for either side, beginning with the Bluebirds extending their lead further still through Don Cowie's sixth goal in a City shirt. The midfielder found himself on the receiving end of Joe Mason's incisive through ball, before advancing into the box and striking home past 'keeper Luke Steele, securing the Bluebirds' fourth goal of the afternoon.

With Gunnarsson adding to the tally with twenty minutes remaining, the hosts look set to win the fixture comfortably the the match began drawing to its conclusion. However, to goals in quick succession from the Tykes surprised City, with both Jim McNulty and Ricardo Vaz Te netting for the visitors as they attempted to stage a late comeback.

City's defence conceded no further, however, with the crowds around CCS having to settle for eight goals scored in an afternoon, and three more points collected by the Bluebirds.

With all four City goalscorers being players who had joined the Club during the summer months ahead of the 2011-12 season, October 2011's match against the Tykes embodied the change to the squad, with newer additions such as Cowie and Gunnarsson quickly becoming regulars in the starting lineup and continuing to provide for the First Team in the years that followed.

Having previously plied his trade with clubs such as Hibernian, Wolverhampton Wanderers and Rangers before joining Cardiff City from Turkish club Bursaspor in July 2011, Kenny Miller bolstered the City squad with his experience and goalscoring ability.

Beginning his career with Hibernian in 1997, Miller continued to play in his native Scotland until his transfer to Wolves from Rangers came in 2001. Whilst playing at the Molineux over the course of five seasons, the striker helped the club from the First Division to the Premier League in the 2002-03 season, being their top scorer by the end of the league campaign with 19 goals scored.

Though relegated to the Championship following one season in the top flight, Miller continued to be a regular goalscorer in the Championship until his departure to Celtic in 2006, having scored 52 goals from 169 league appearances across his time spent with Wolves.

Joining the Bluebirds in July 2011, Kenny enjoyed a dream debut appearance for the Club, when in the opening match of the 2011-12 campaign he scored a 91st-minute winner for City against West Ham United at Upton Park.

Playing for the Club for the duration of the 2011-12 season, including City's League Cup run that saw them reach the Final of the competition, Miller left South Wales for MLS side Vancouver Whitecaps at in 2012, having scored 11 goals in 50 appearances for the Bluebirds.

Returning to play in Scotland following three years in North America, the Scotland International moved to Glasgow for a third spell with Rangers, winning promotion to the Scottish Premiership at the end of the 2015-16 season.

Following further spells at both Livingston and Dundee in the top flight of Scottish football, Kenny Miller began the 2019-20 season with Partick Thistle, making a total of 32 appearances with the club before retiring in February 2020, aged 40.

Across a career spanning over 20 years, Miller played in over 800 competitive matches for clubs around the world, further representing his country's national side with 69 caps earned between 2001-2013.