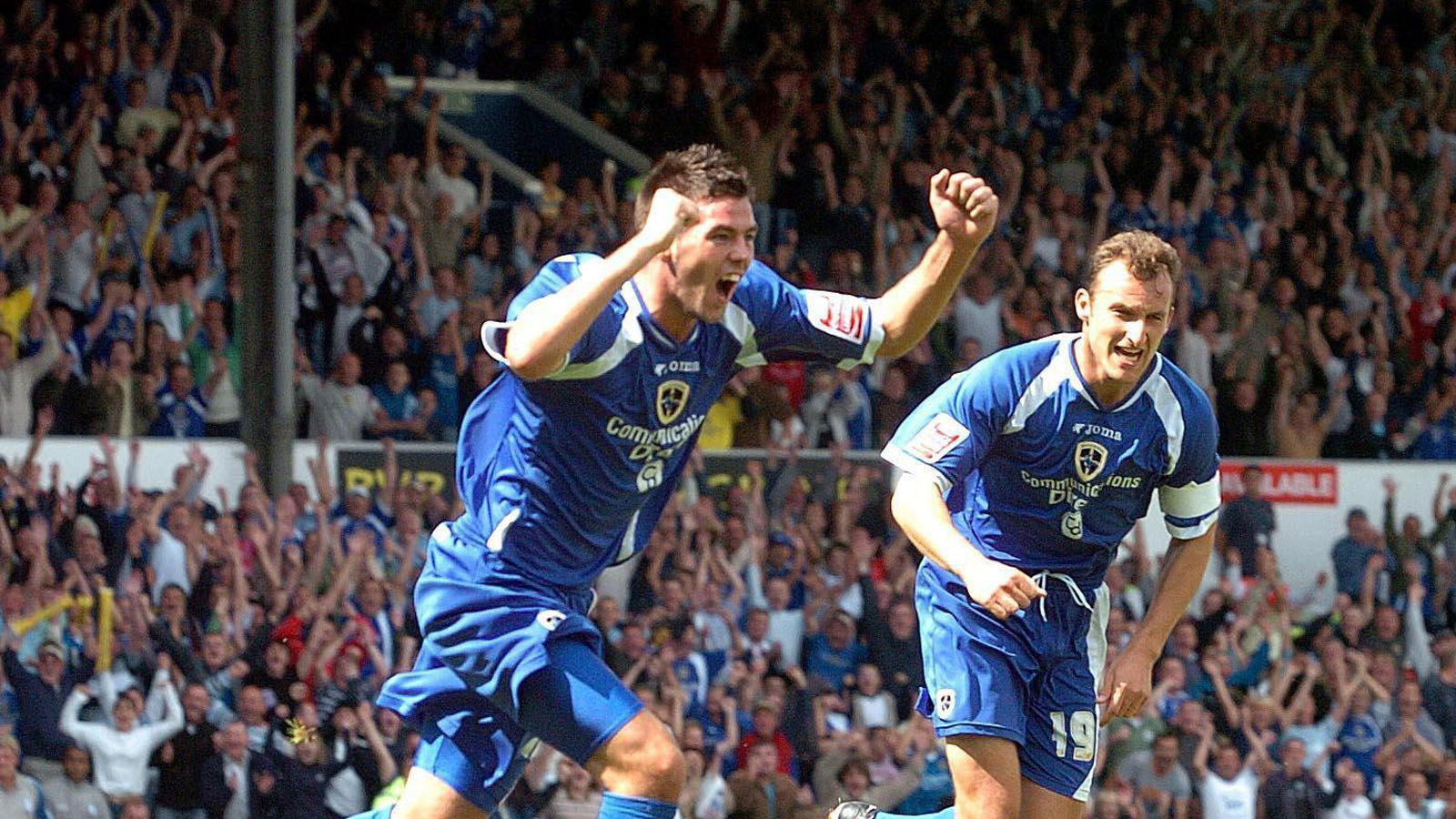 Ahead of City's trip to face Blues on Saturday afternoon, we look back at a historic meeting between the two clubs...

The Bluebirds had began their 2006/07 season with an undefeated run as they approached the end of August 2006. Opening their campaign with an away victory against Barnsley, City drew against West Bromwich Albion at home before then defeating Coventry City and Leeds United.

Blues had also managed an undefeated run ahead of their scheduled meeting with the Bluebirds on August 26th, and sat in first place on the Championship league table due while level on points.

Anticipation for the fixture was high as first place was set to face second, and it showed in the expected attendance for the match, which was to be held at Ninian Park. Blues supporters had purchased all of the 1800 tickets allocated to them, with a total of 20,109 supporters present at the ground on the day, being a near-sell-out.

With pre-match excitement at fever pitch for Ninian Park's highest-attended league match in years, the Bluebirds were set to reward their supporters with a terrific home display as they set about defeating a side that had recently been relegated from the Premier League.

Coming out of the gates with clear intent of taking an early lead, the hosts managed break the deadlock with just 12 minutes played, as Joe Ledley struck home clinically from inside the area.

Chances for Blues to get a goal of their own came in fits and starts. Gary McSheffrey, who had signed for the visitors only ten days before the match, proved a threat throughout the match, and saw three dangerous shots get saved by the fingertips of 'keeper Neil Alexander. Though he was unable to score on that day, McSheffrey would go on to be a key man in Blues' eventual promotion campaign, scoring 13 league goals as Birmingham City made their way back to the Premier League at the end of the season.

Substitute Cameron Jerome came onto the pitch for Blues in the second half, making his first return to Ninian Park since his transfer from City during the summer transfer window. The forward was afforded a chance late on to get his side onto the scoreboard, but couldn't get his shot on target against Alexander. Likewise, DJ Campbell fell short of opening the scoring for his side, missing the mark with a hesitant shot on goal.

City's tenacity and desire to win the ball was clear throughout the first half, and persisted after the interval, with the Bluebirds reaping the rewards for their efforts in the 75th minute of play.

A second goal for the hosts came as a defensive error presented ample opportunity for City to take advantage of. A failed clearance found its way to the feet of Steven Thompson, who in turn fed Paul Parry. The winger fired from his right foot to double the Bluebirds' lead, to the joy of the near-full home ends around Ninian Park.

With the victory confirmed at the sounding of the final whistle, the Bluebirds had taken their opponents' previously held spot at the top of the division in great style. Keeping their third consecutive clean sheet of the season, City had also managed to record their first victory against Blues since a League Division Two meeting in September 1970,

With Ninian Park at near-full capacity, he supporters in the stands remained in high spirits until well after the final whistle had blown. At the beginning of a season that would see the ground reach similar numbers on several occasions, the Club looked towards a new home at which to play in the near future...