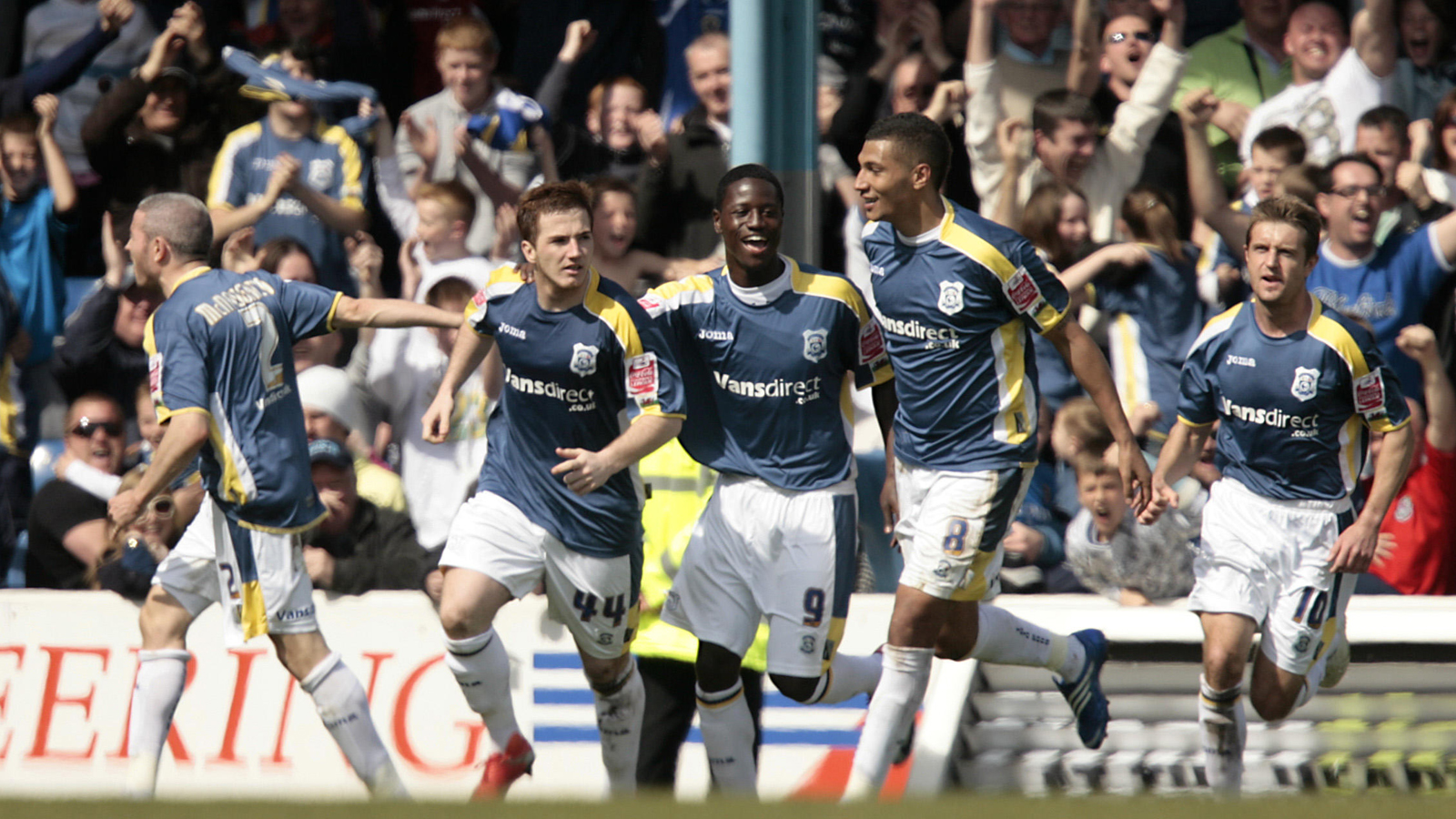 Ahead of Saturday's trip to Liberty Stadium, we take a look at a first meeting in nearly a decade, and the final fixture played at City's historic home ground... 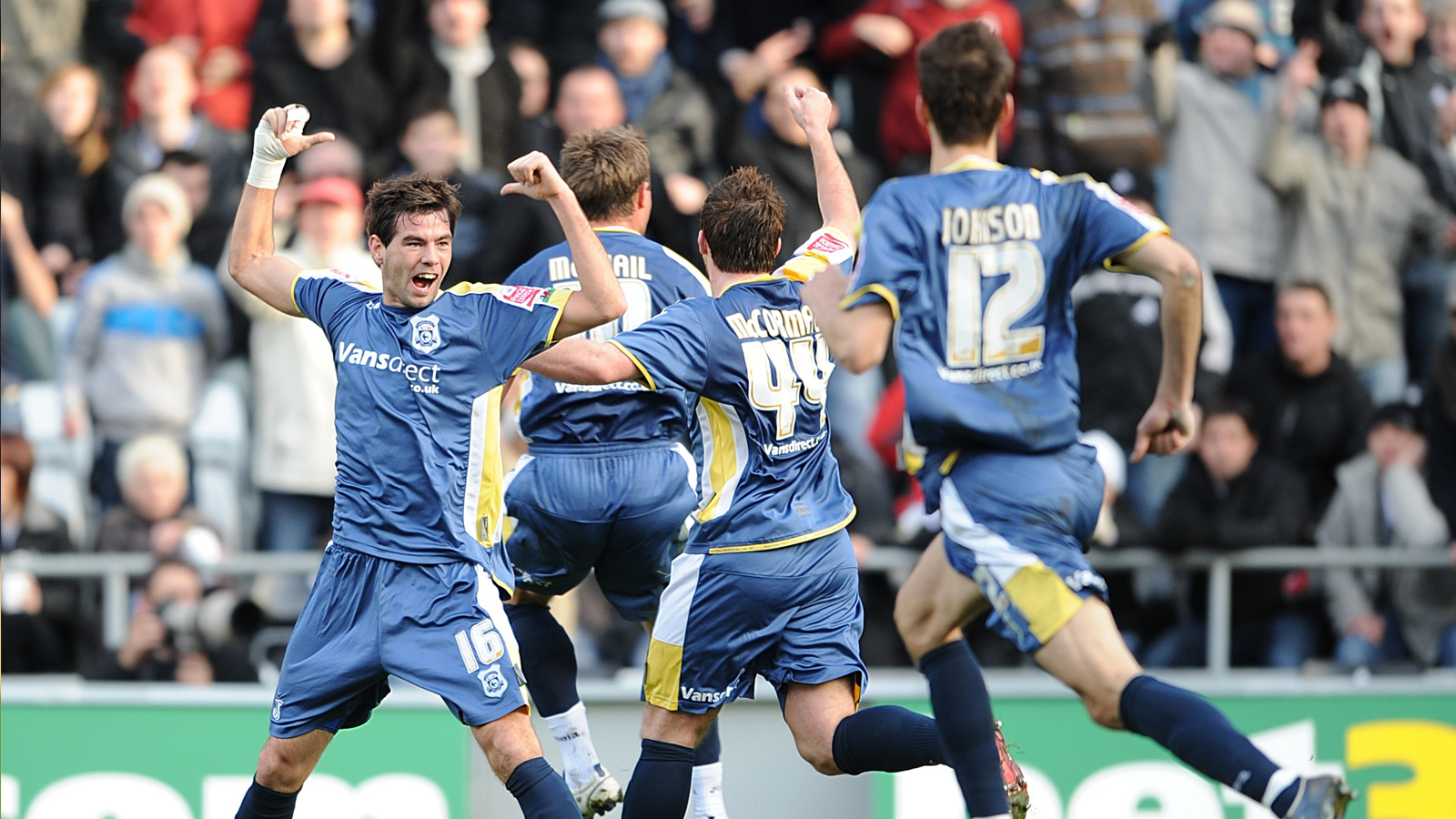 A first league meeting in nearly a decade

Cardiff City's first league match against the Swans since 1999 proved a memorable one as the two sides met in Swansea on November 30th, 2008.

City had visited Liberty Stadium once before in a League Cup fixture two months prior, and were now returning for a Championship fixture following the Swans' promotion from League One at the end of the season prior.

Darren Pratley put the hosts in the lead with 20 minutes played, receiving a cut back pass from Jason Scotland before putting the Swans ahead from 12 yards.

Looking for a quick equaliser, Wayne Routledge (then an Aston Villa loanee playing for the Bluebirds) crossed in towards Joe Ledley, whose shot drifted just wide of the target.

City's first goal in that fixture did eventually come from Ledley, who on the stroke of half-time struck home following build up from a corner-kick. Dorus de Vries punched the ball away, but could only clear it as far the midfielder. Ledley pounced on the loose ball and hit a half-volleyed effort into the back of the net, the ball beating the cluster of Swansea defenders in its path.

The visitors took the lead later with a penalty-kick, after Michael Chopra had been fouled inside Swansea's area. Ross McCormack put the Bluebirds in front from the penalty spot, sending de Vries the wrong way for his 13th goal of the season up to that point.

However, City lost out on the three points thanks to substitute Gorka Pintado's strike on the hour mark, and were forced to settle for a point taken on the road.

A final meeting at Ninian Park

Both the Bluebirds and the Swans were pushing for a space in the top six of the Championship table when the two sides came together later that season to meet at Ninian Park in April 2009.

Over 20,000 supporters were present to watch the final meeting between Cardiff City and Swansea City on April 3rd.

Following 99 years of use by the Bluebirds, the 2008/09 season was to be Ninian Park's last before the Club moved to their new home nearby at CCS. Usually drawing in around 17,000 supporters per match that season, a bumper crowd in Leckwith cheered on their side as they walked onto the pitch, with most having settled in their spot a good half-hour before the 11am kick-off on that Sunday morning.

Nathan Dyer gave the visitors the lead early on when he was set up by Jason Scotland with little more than ten minutes played. The Swans held this slim lead until the interval, before Michael Chopra netted shortly after the second half began, finishing well from close distance despite the pressure from de Vries.

With the hosts getting the better of the chances throughout the second half, the Bluebirds were disappointed to see Joe Allen's effort find the back of the net in the 88th minute, seemingly sealing a late victory for the visitors.

However, there was to be a final twist in the tale, as Ross McCormack was fouled inside Swansea's area only minutes later by Ashley Williams. Having won the foul, City's regular penalty taker once again approached the spot kick, and as he had done earlier in the campaign sent de Vries diving the wrong way.

With a late, late equaliser, City's sole point taken kept the Bluebirds in sixth place on the league table, and had done enough to keep the visitors from closing the gap that day, with only a few weeks left of the season to play.

Returning from injury and playing after an absence of just under two months was skipper Darren Purse. Despite his absence in the weeks beforehand, the defender played the full 90 minutes at Ninian Park, and was given the tough task of keeping the visitors' attacking players at bay.

Reflecting on the result, Purse was full of praise for his teammates, in particular the efforts of goalscorer McCormack, who had netted for a second time in the season from 12 yards against Swansea City.

"The atmosphere was very special," said Darren. "And for me it was good to get 90 minutes of competitive action.

"I had quite the battle with Jason Scotland. He's got 21 goals this season, but as defenders, and in that I include the whole team, we kept him quiet as much as we could. At the other end of the field we're getting used to scoring late goals now; Bristol City, Watford and now Swansea, and it's Ross McCormack who's got them for us.

"He took the penalty really well after having to wait a couple of minutes after it was given. It may have been a harsh penalty as far as Swansea were concerned, but the result was no more than what we deserved. You have to make the most of that kind of chance when it comes, and that's what Ross did."

Having been a mainstay of the City squad in previous seasons, Paul Parry had continued to make himself a regular starter for the Bluebirds throughout the 2008/09 campaign. Not making an appearance in the week prior against Sheffield United due to injury, the Welsh international was pleased to make a return to the starting eleven against the Swans.

Reflecting on the match afterwards, he said: "When you look at the game and they score with two minutes to go, we thought we had lost the game, so we were very happy with the point at the end of the day. It would have been a rough result had we not taken anything from the game."

Relatively new to life in South Wales was goalkeeper Stuart Taylor. On loan from Premier League club Aston Villa since one month earlier, Taylor had come into the squad when several of their regular goalkeepers were struggling with injury.

Speaking after the match, the 'keeper discussed his experience of playing in the last fixture of its kind at Ninian Park...

"A lot of people had said to me prior to the game that it was likely to be busy atmosphere and it certainly turned out that way! It was a good game to be involved in and it did have a bit of everything during the 90 minutes."

Cardiff City and Swansea City will unite in an anti-racism campaign when the two clubs meet at the Liberty Stadium on Saturday, March 20th. Click here to read more.