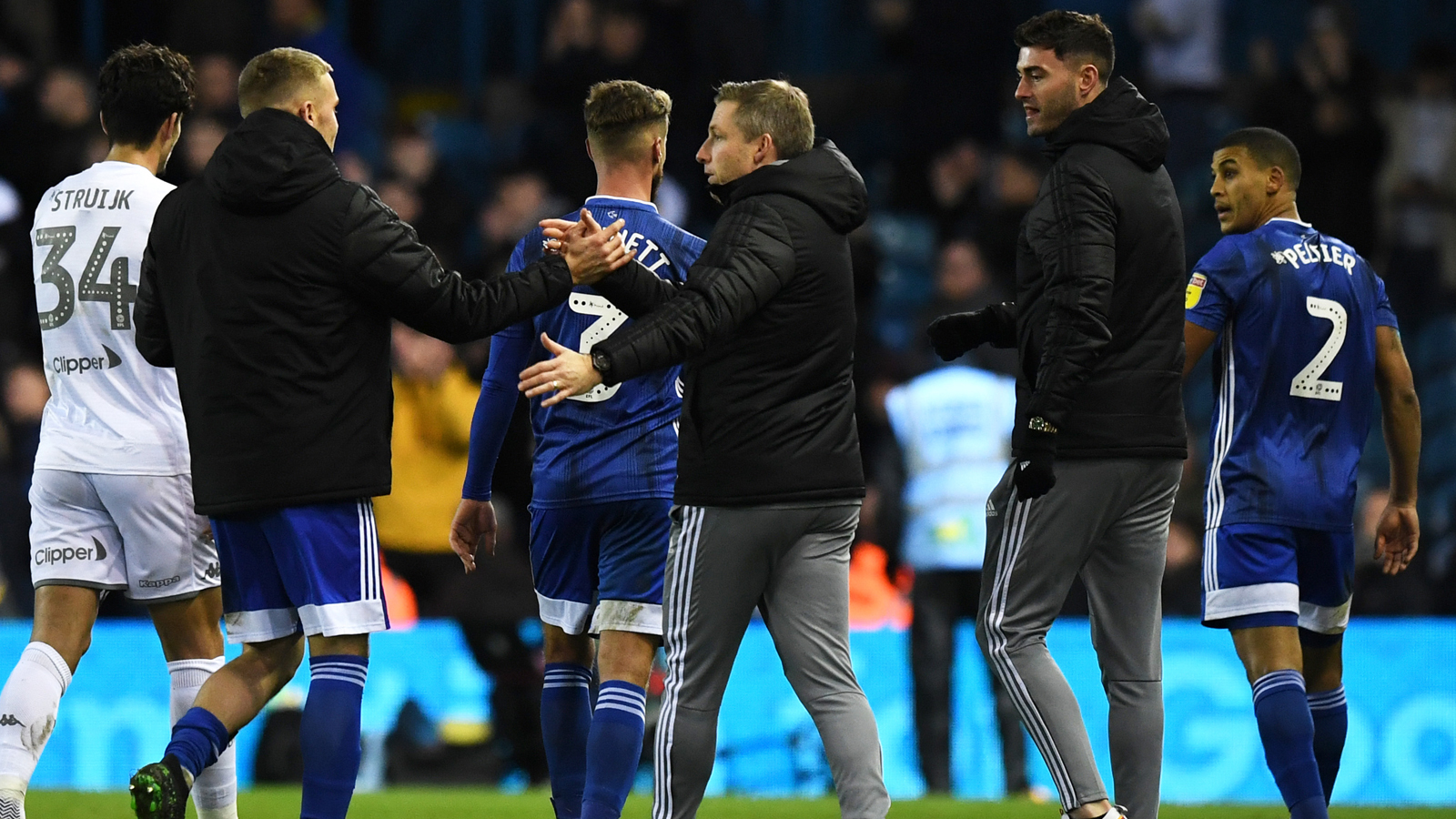 Having been trailing by three goals against a rampant Leeds United side, City sealed a memorable comeback against all odds, with second-half strikes from Lee Tomlin, Sean Morrison and Robert Glatzel.

The Bluebirds boss began by giving his players credit for their team spirit, fighting back against the first-placed Whites despite Morrison’s dismissal.

“What a good side [Leeds] are,” he began. “The energy and ability they’ve got, the way they move the ball, the forward runs and the end product.

“They’re as good a side that there’s been in the Championship for years, but we certainly gave them a leg-up, with poor goals to give away.

“The penalty is a little bit debatable... The referee has given a red card that I can't see at all. But the boys have shown great character. To be three down and come back is testament to the players, although you can’t keep giving good teams these chances and shoot yourselves in the foot.”

Tomlin was architect of City’s comeback - pulling back a sensational effort out of the blue before his audacious flick set up the equaliser for Glatzel.

“His ability with the ball is without question. The finish and the touch for the goal is fantastic - he has the vision and the technical ability to be able to do it.”

Full reaction and highlights to follow on Cardiff City TV.