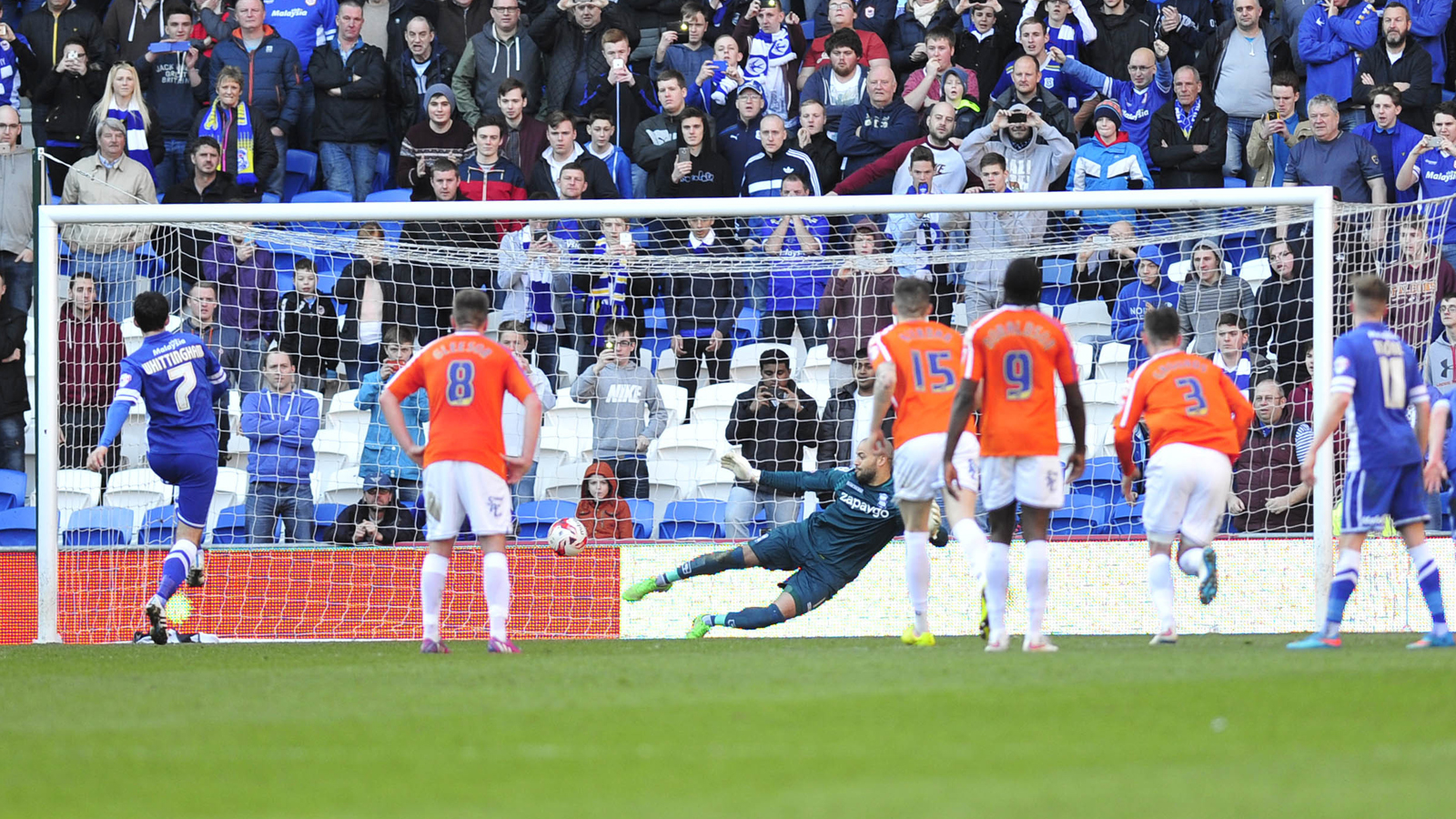 Cardiff City’s 2-0 victory against Birmingham City was a return to home form for the Bluebirds as a recent signing bagged his first goal and a City legend neared a record at CCS in March 2015. 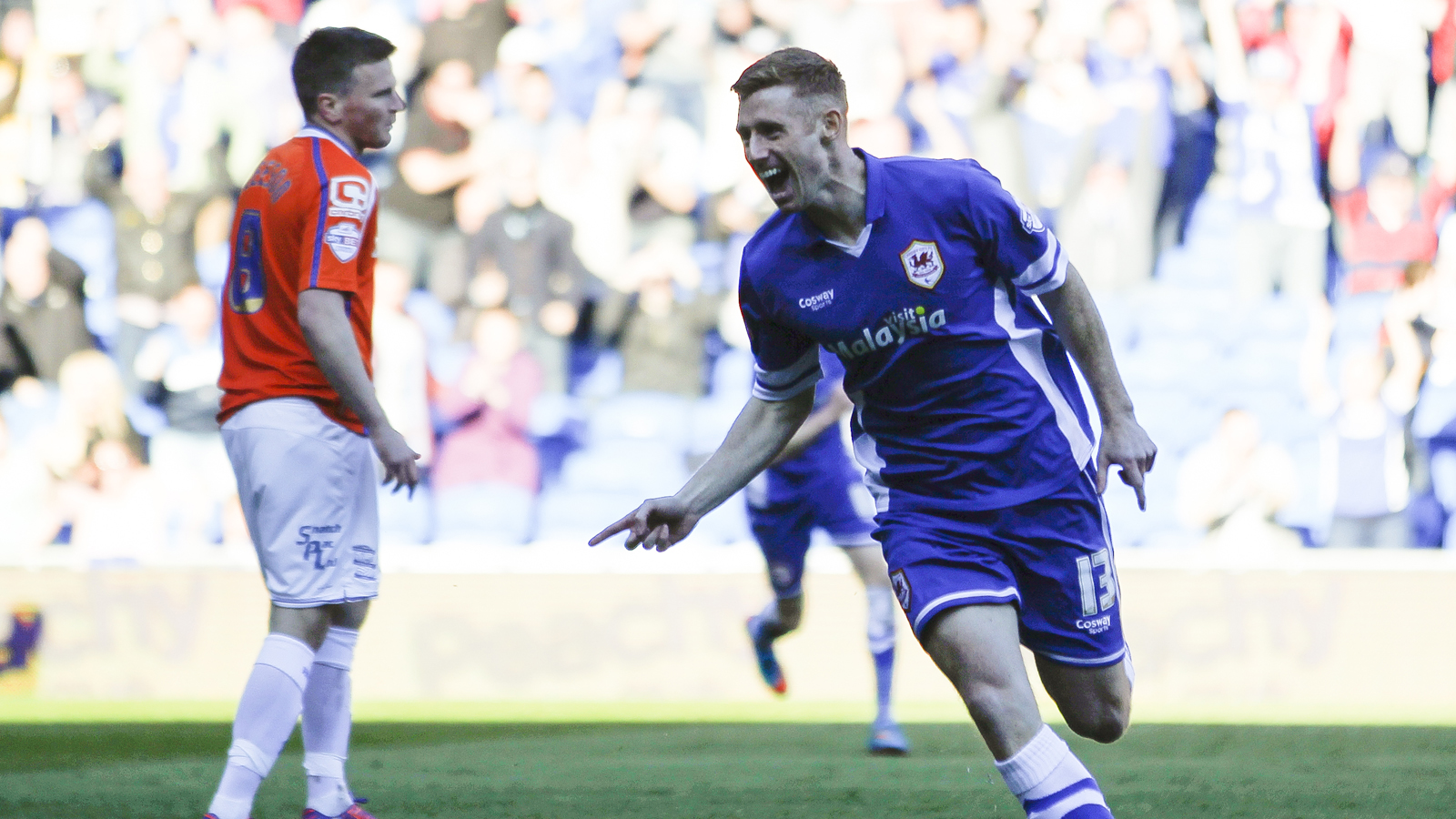 Following an uneven start to the new year for the Bluebirds during the 2014-15 season, City looked to gain further momentum at home as they had lost only two of their previous ten matches heading into their fixture against Blues on March 21st 2015.

The Bluebirds set about showing their attacking intent from the off against Birmingham City, with the first chance coming in the opening minutes. Peter Whittingham whipped his corner kick into the area for Alex Revell to flick on towards a waiting Sean Morrison, but his header glanced just wide of the mark.

Shortly afterwards the hosts struck once again towards breaking the deadlock. Fábio linked up well with Joe Ralls and Revell to push up the right wing from deep in City’s own half, and with incisive and creative passing the ball was soon whipped into the area by Ralls.

Aron Gunnarsson – who had worked his way into the area – bent low to powerfully head the ball towards goal from outside the six-yard box, but his effort went agonisingly close past the left post.

Ralls made a brilliant cutting run into Birmingham City’s half before the interval, beating two men with a quick turn of direction at pace. Unleashing a venomous strike from the edge of the area, his shot flew across the mouth of the goal, but couldn’t quite curl enough to find its intended destination. 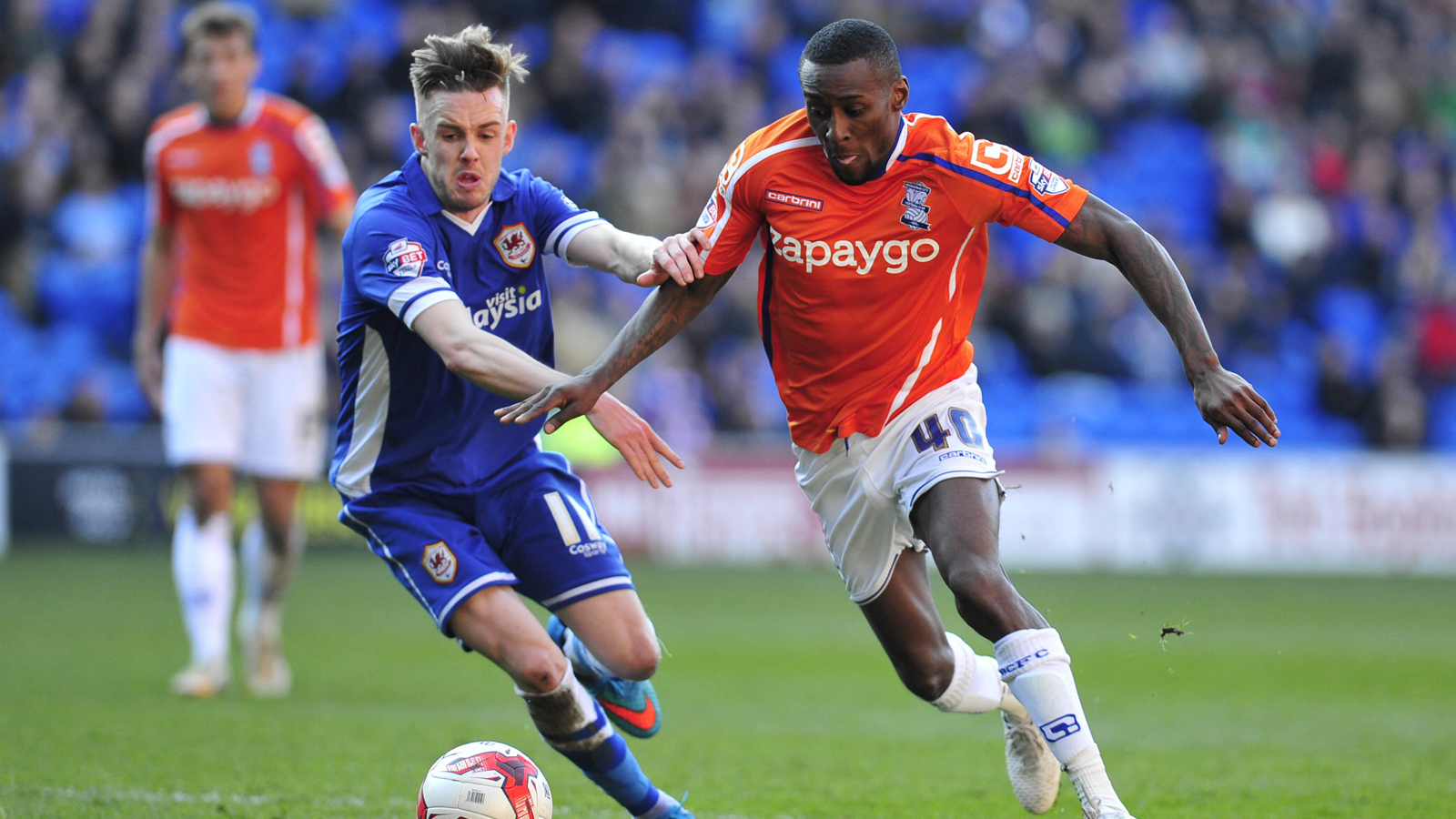 With the first half ending goalless, City once again pushed for an opener following the interval, eventually finding one through substitute Eoin Doyle. The striker had replaced Revell at half time and made his mark having been on the pitch for only five minutes, his neat strike beating Darren Randolph between the sticks.

The build up towards the opening goal displayed City’s ability to switch from defending to attacking in an instant. Ralls’ sliding tackle outside his own area left the ball loose for Matthew Kennedy to take possession. His long pass up the field reached Craig Noone, who subsequently returned the ball to Kennedy inside the area. The winger once again pulled off a key pass to Doyle, who in turn struck home with his first goal for the Club.

City pressed for a second almost immediately, and within the following ten minutes Kennedy, Kenwyne Jones and Peter Whittingham all took shots towards goal. 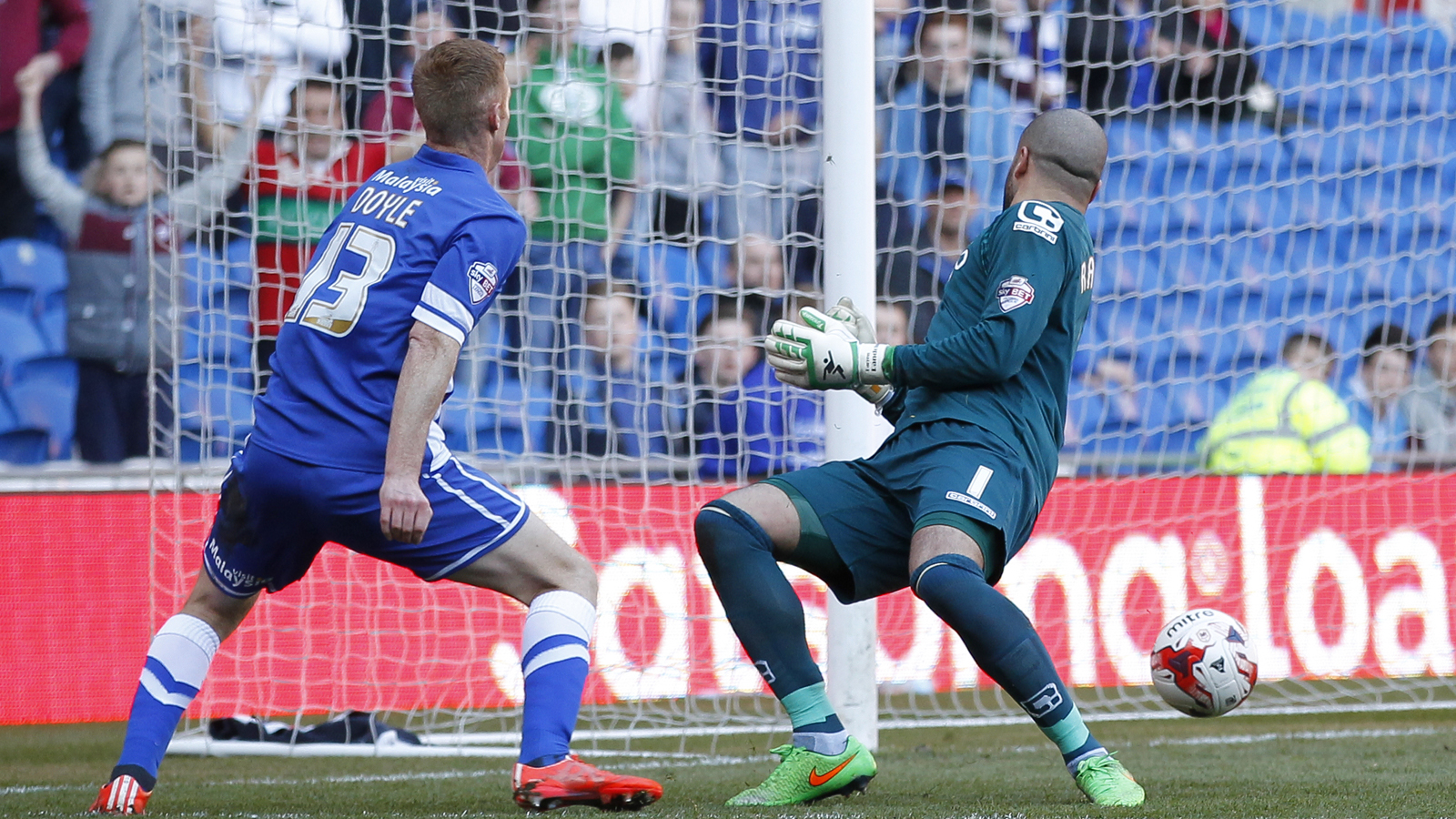 The Bluebirds’ attacking intent continued to show prominently in the match progressed, with the closest chance coming as Doyle nearly bagged a brace for the hosts. Kennedy was inside the visitors’ area and chipped the ball deftly towards the striker, who was free and unmarked at the near post.

Eoin’s volley from six yards out went between the legs of Randolph but struck the post and was subsequently collected by the ‘keeper on the rebound.

With less than 15 minutes remaining, Doyle was brought down inside Birmingham City’s area by Jonathan Spector, with Peter Whittingham stepping up to take the resulting penalty kick.

Whitts coolly approached the ball and struck it straight down the middle and into the back of the net, beating Randolph as he had dived to his left.

By doubling the lead for City, Whittingham had also scored his 83rd goal for the Bluebirds, nearly breaking into the top 10 goalscorers of all time in the Club’s record books by edging towards Chris Pike's 84 goals. Whitts would go on to score another 13 for City, supassing FA Cup-winning goalscorer Hughie Ferguson’s record before leaving the Club at the end of the 2016-17 season.

City continued to press for the remainder, eventually coming away with the three points and another clean sheet  taken at home. 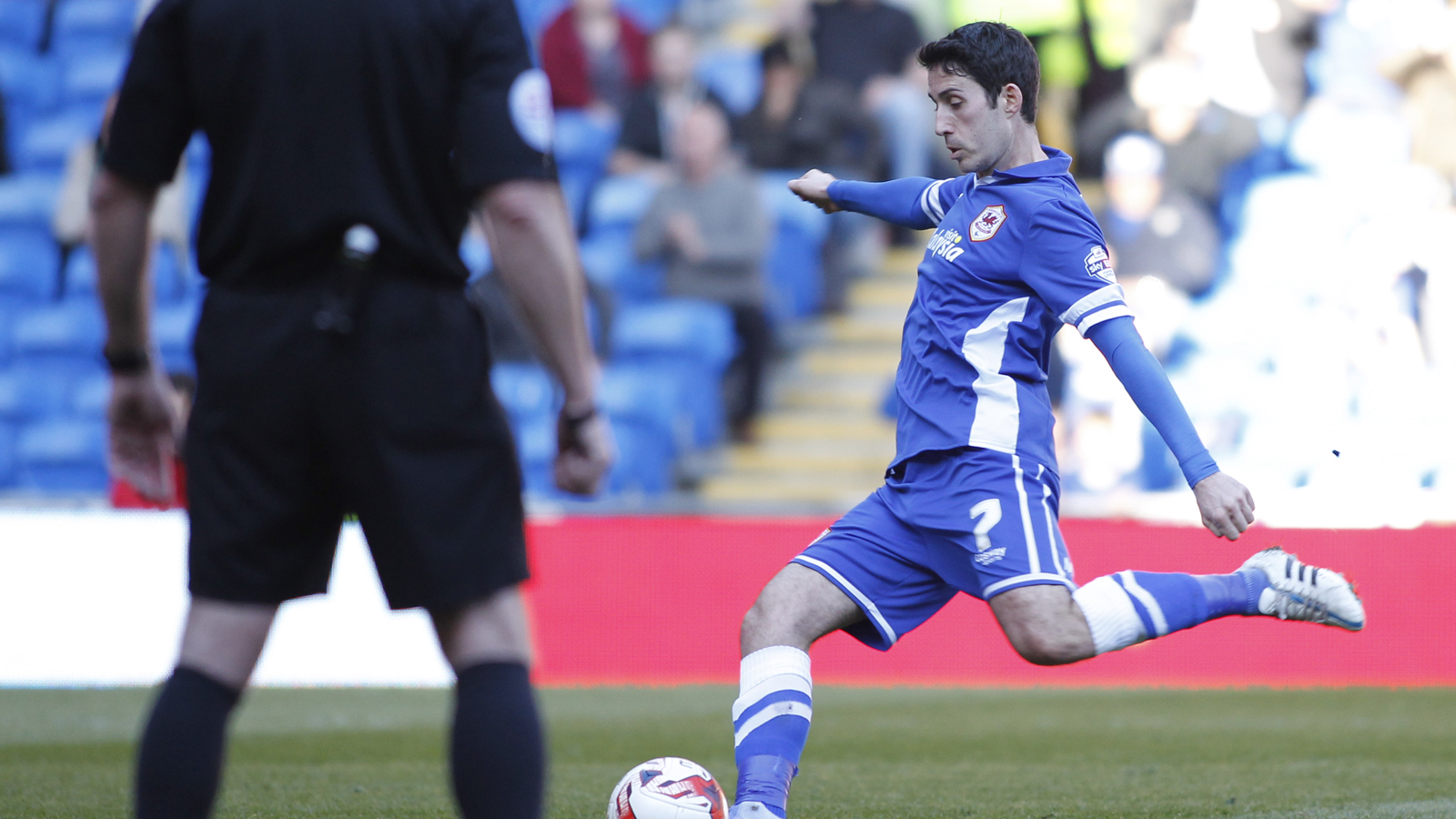