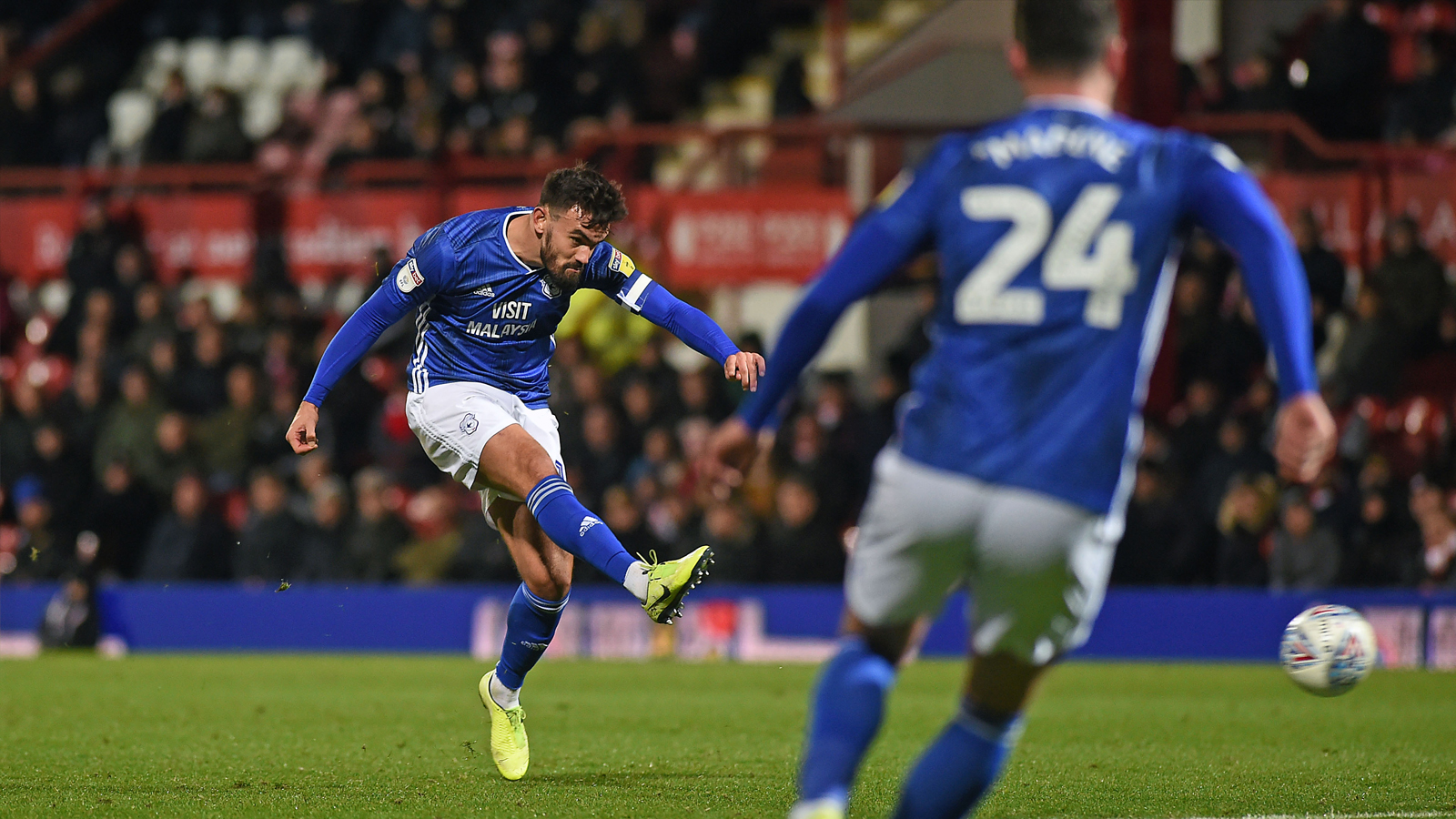 Playing at CCS for the second time this week, the Bluebirds look to return to winning ways on Saturday as they host Brentford - kick-off at 3pm.

Currently in fifth place on the Sky Bet Championship league table with 56 points, Brentford will arrive in South Wales having taken six points from their last five matches.

Their most recent victory came against Middlesbrough on February 8th, as Ollie Watkins' late winner secured all three points for the Bees at Griffin Park. The hosts took the lead in the first half through Julian Jeanvier, whose shot put his side ahead as Boro's defenders scrambled to clear it off the goal line.

Heading into the interval with the score remaining the same, at around the hour mark there were three goals scored in five minutes as the two sides tussled over the lead.

At 58 minutes Lewis Wing's fine effort from 25 yards levelled for the visitors, before Bryan Mbeumo restored Brentford's lead with a deflected shot that flew past 'keeper Aynsley Pears.

However, Boro once again managed to equalise only three minutes later, as Ashley Fletcher headed in from a well-weighted corner-kick.

The scores level late on in the match, Watkins managed to bag the winner in the 87th minute, shooting home for his 20th league goal of the current campaign.

In their most recent outing, the Bees were defeated 2-1 away from home by Luton Town. In the reverse fixture from their 7-0 victory against the Hatters at Griffin Park in November 2019, Luton were 2-0 ahead by half-time, thanks to an early own-goal by Shandon Baptiste, with Martin striking home following a free-kick which wasn't cleared properly by the visitors.

Another late goal by Watkins in the final ten minutes of play wasn't enough to begin a full comeback for the Bees, however, and they were forced to their first away defeat since playing Millwall on December 29th, 2019.

Thomas Frank is Brentford's head coach, having taken over in the role in October 2018. The Dane, who had been in the role of assistant manager at the club from 2016, stepped into his current position following the departure of Dean Smith.

By the end of his first season in charge, Frank had guided Brentford to 11th in the Sky Bet Championship and the Fifth Round of the FA Cup, and was nominated for the EFL Championship Manager of the Month award for his work in January 2019.

Prior to moving to Griffin Park, Frank had experience managing at youth level, including Denmark's national youth sides from U16-U19. Becoming manager of Danish Superiga club Brøndby IF in 2013, he had a three-year tenure with the side, before leaving in March 2016 for his assistant role with Brentford.

With 22 goals scored so far this season, Ollie Watkins has continued his good form established earlier in the season and has been a potent threat for the Bees in their campaign to reach promotion to the Premier League.

The Torquay-born forward began his career at Exeter City following time spent at the club as a youth player, scoring 23 goals across 71 League Two appearances for the Grecians.

Joining Brentford in July 2017, he scored ten league goals in each of his first two seasons with the club, finishing in ninth and 11th on the Sky Bet Championship league table, respectively.

Improving his goalscoring form this season, Watkins also achieved his first hat-trick for the Bees in September 2019, scoring all three goals in a 3-1 victory over Barnsley.