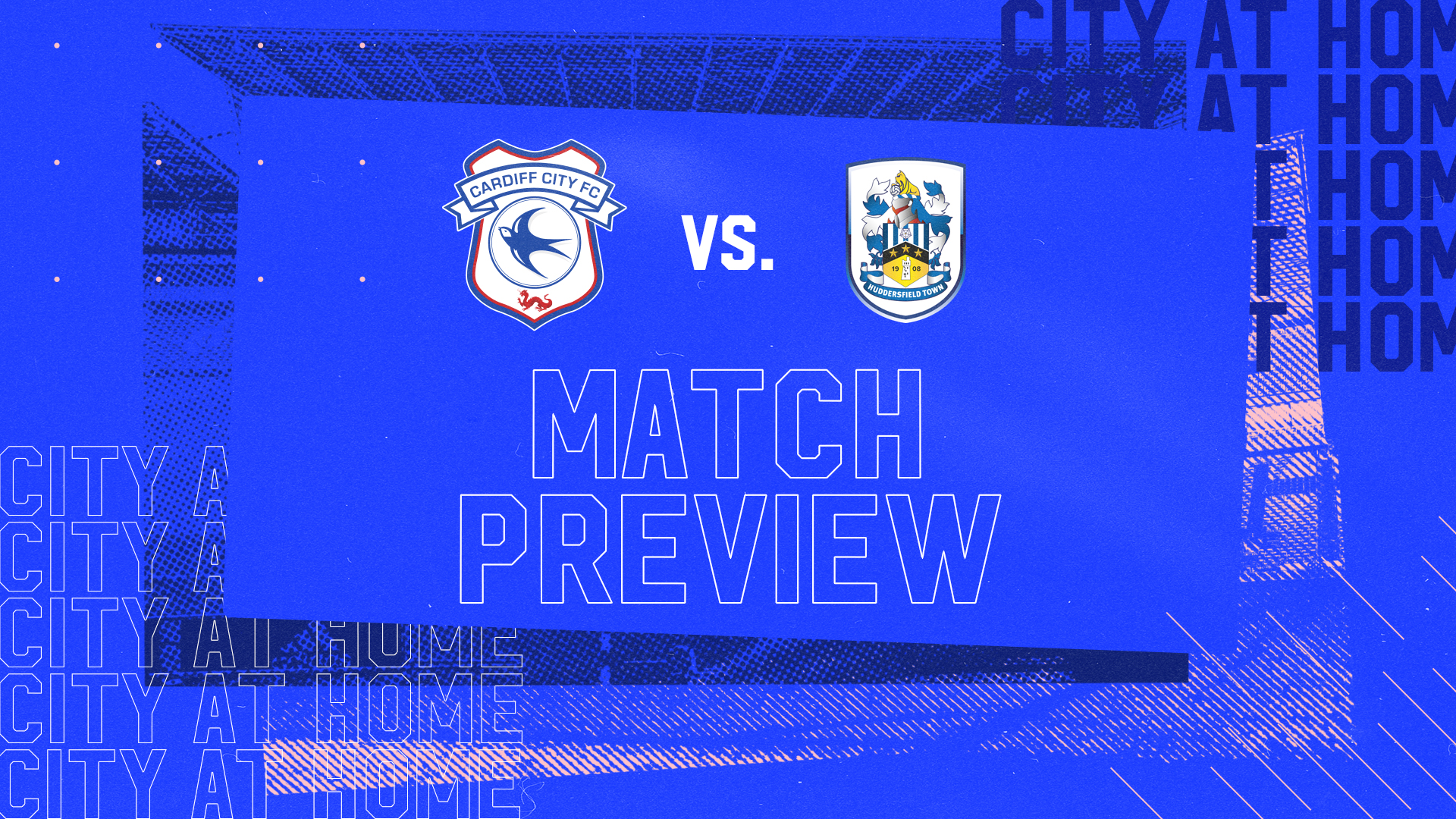 City face Huddersfield Town in our final league fixture before the international break. The Terriers travel to Cardiff City Stadium on Saturday, 6th November, with a 3pm kick-off in the Welsh capital.

Match tickets for our Sky Bet Championship home fixtures against Huddersfield Town and Hull City are on sale now and can be purchased here!

Buy this weekend’s Cardiff City vs. Huddersfield Town matchday programme, with Will Vaulks as cover star and feature interview!

Town dropped out of the top six after drawing with Peterborough United on Tuesday evening, having moved into the top six thanks to a weekend win over Millwall. Despite their midweek setback, Carlos Corberán’s side have made a strong start to the Championship campaign, and will be looking to significantly improve upon their 20th placed finish last term. So far this season, the Terriers have won seven of their 16 matches, drawing four and losing five, with a points tally of 25. Town are currently sitting in 7th place, outside of the Play-Off places on goal difference alone.

Corberán’s men have been enjoying a fine run of form over the past two months, losing just once since September 28th. Having suffered consecutive defeats beforehand, Huddersfield returned to winning ways with a 3-2 victory over Blackburn Rovers, with goalless draws against Luton Town and Birmingham City coming either side of a comfortable home win against Hull City. Town’s unbeaten run came to an end against table-topping AFC Bournemouth, with the Cherries recording a 3-0 victory.

Since that loss at the Vitality Stadium, Town picked up a narrow victory over Millwall in West Yorkshire, with Jonathan Hogg scoring a late winner to give the Terriers a 1-0 win. Corberán’s side boast one of the strongest home records in the division, losing just twice at the John Smith’s Stadium, but have a more mixed record on the road. Huddersfield sit in 12th position in the ‘away form’ table, with two wins, three draws and three defeats from their eight away matches.

Matty Pearson made 136 appearances for Luton Town between 2018 and 2021, helping the Hatters win promotion from League One and become settled in the second tier. However, the central defender opted to leave Kenilworth Road upon the conclusion of his contract, instead signing for Huddersfield on a three-year deal. The 28-year-old has since made 15 appearances for the Terriers, scoring three goals in total this season. Having netted during Town’s 5-1 loss to Fulham, Pearson has also scored in impressive home victories for Corberán’s side, helping to defeat Reading 4-0 and Blackpool 3-0.

Lee Nicholls has made a fine start to life at his new club, keeping seven clean sheets thus far and conceding only 12 goals in 14 matches. The 29-year-old stopper has spent time with Wigan Athletic, Northampton Town, Bristol Rovers and most recently MK Dons during his career, making over 150 appearances in Milton Keynes since 2016. Competing with Ryan Schofield for the starting berth, Nicholls did not feature in Town’s two opening matches of the season, but has since slotted seamlessly into the first eleven, playing the full 90 minutes in the past 14 league matches.

Levi Colwill joined Town on a season-long loan deal from Chelsea on June 25th, and has since made 12 appearances for the Terriers. The defender, who can operate either centrally or at left-back, has missed a period of fixtures recently due to an ankle injury, which also saw him withdraw from the England U21 squad, having received his first call-up to Lee Carsley’s squad in September. Aged 18, Colwill recorded an assist for Danny Ward as Town played out a 1-1 draw with Peterborough United in midweek.

Sorba Thomas earned his first international cap for the Wales national team last month having enjoyed a superb start to the season. Named the EFL Championship Player of the Month for August, Thomas provided assists in the two opening games of the season, before creating two goals and scoring one himself during Town’s 4-0 victory over Reading. The 22-year-old winger, who was named in the Welsh squad for the upcoming 2022 World Cup qualifiers alongside Kieffer Moore, Mark Harris, Rubin Colwill and Will Vaulks, has recorded a total of nine goals in all competitions this season, the highest individual tally in the division so far this term.

Danny Ward helped the Bluebirds win promotion to the Premier League during his first season at Cardiff City Stadium, going on to net a total of 13 goals in 69 appearances for the club. The striker, who scored memorable goals for City against Nottingham Forest, Arsenal and Bristol City, returned to Huddersfield in the summer of 2020, having scored 21 goals in 130 matches for the Terriers between 2011 and 2015. The 29-year-old has found the back of the net on four occasions this term, including during Town’s 1-1 draw with Peterborough United in midweek, to move to the top of the club’s goalscoring charts for the campaign.

Josh Koroma scored eight goals in 20 appearances for the Terriers during the 2020/21 season, but missed a large portion of the campaign due to a hamstring injury. The former Leyton Orient man returned to action for the final few games of the term, netting on the final day in Town’s 1-1 draw with Reading. This season, Koroma has started ten of Huddersfield’s 16 matches, scoring on two occasions with one assist. The 22-year-old has made appearances from the substitutes’ bench in the last two matches, featuring for the final 20 minutes against the Posh on Tuesday evening.