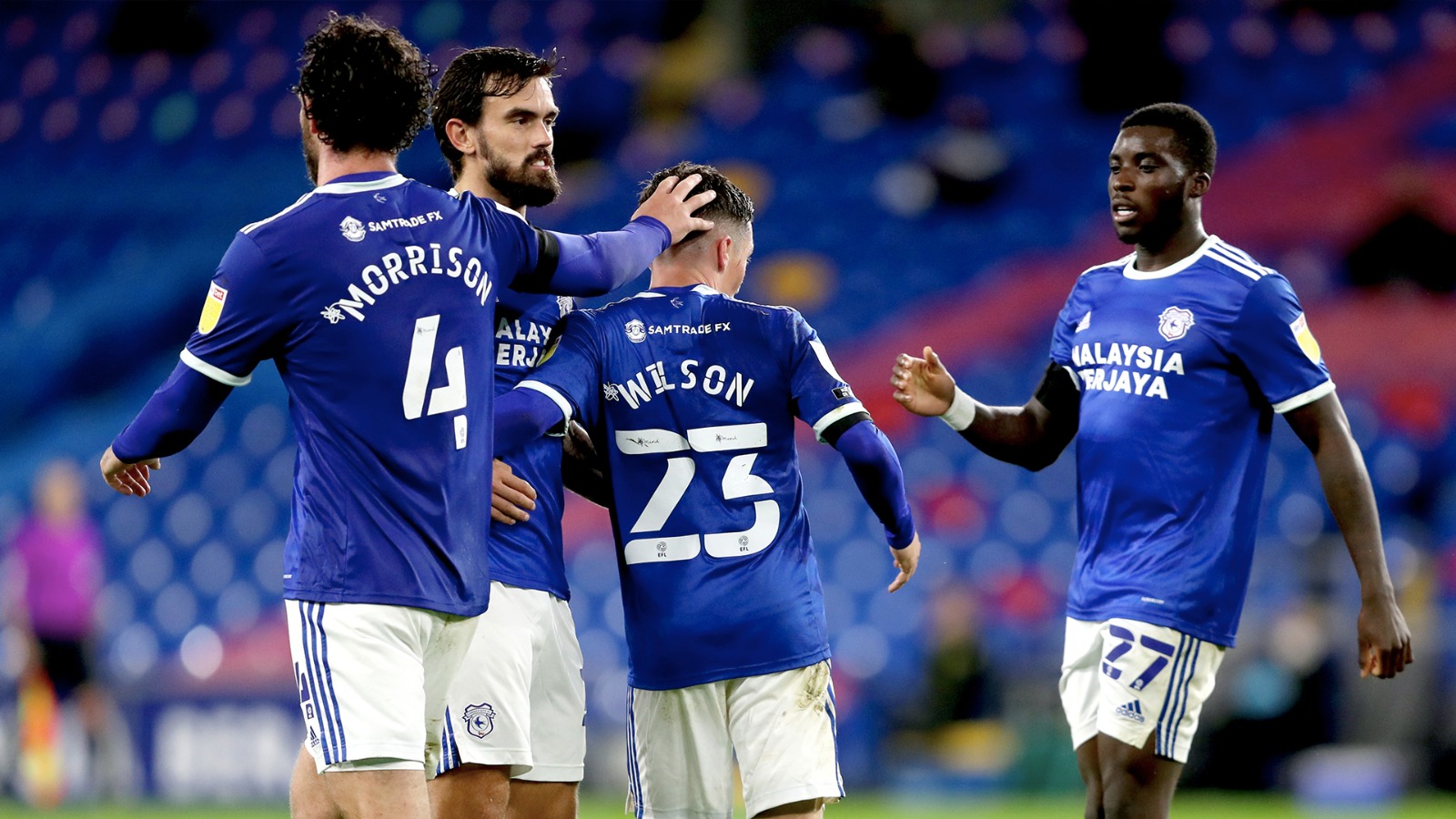 Neil Harris’ men will be looking to build on Wednesday’s promising point this weekend.

Former Bluebirds boss Neil Warnock returns to CCS with Boro, with a 3pm kick-off on Saturday.

To watch City’s clash with Boro from the UK or Ireland, Match Passes can be purchased from Cardiff City TV, and are available for the price of £10.

This match has been selected by international broadcasters - and may be therefore unavailable to watch internationally depending on your location. Overseas Match Passes can be bought in exempt countries for just £7, with Season Passes also available.

Audio commentary will still be available to those with an International Pass or UK Audio Pass.

? Next up - @Boro tomorrow afternoon live on @CardiffCityTV! 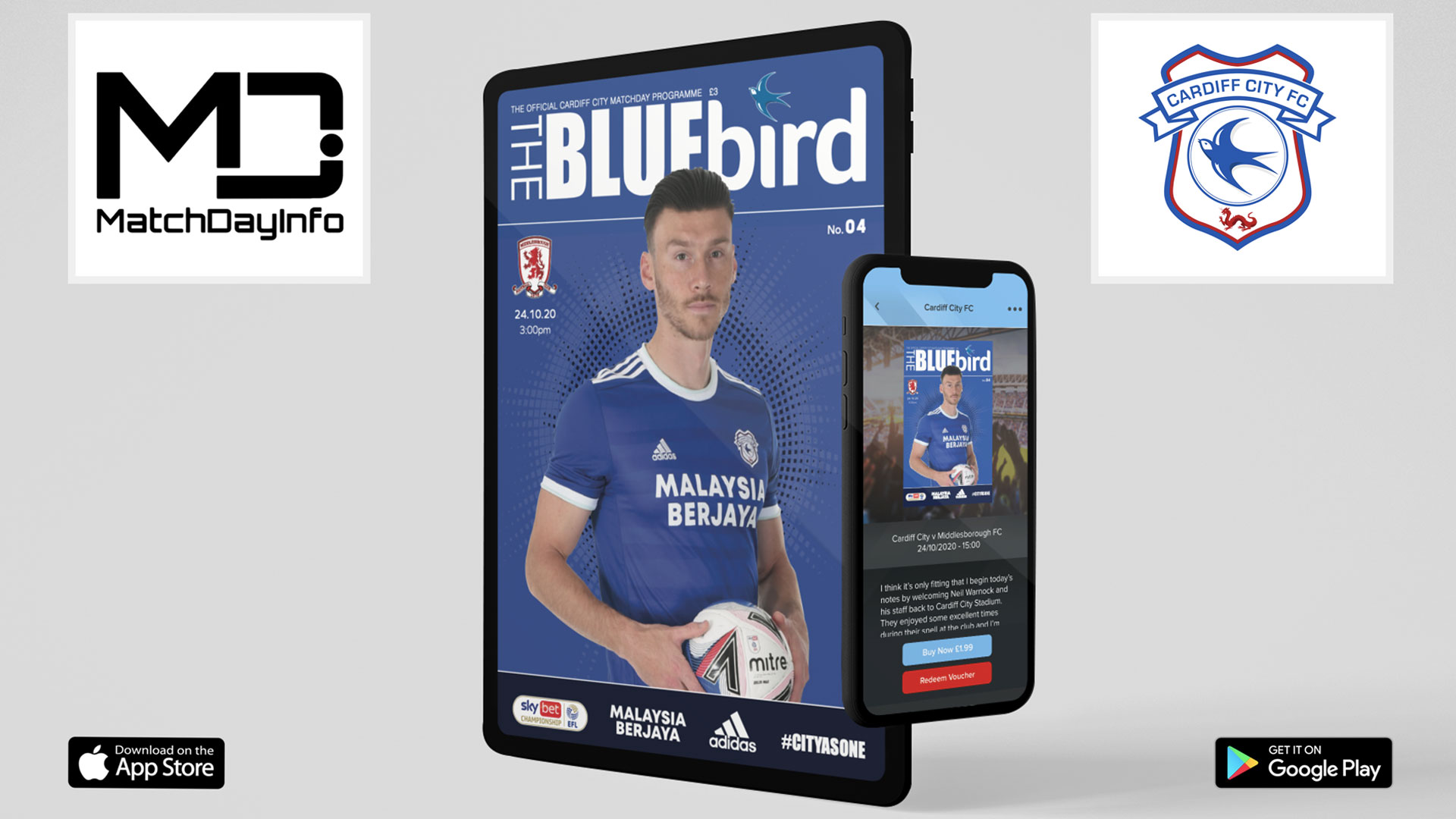 The Bluebird is now available digitally as well as in its traditional print format for every home Cardiff City fixture.

Kieffer Moore is the cover star and feature interview for our clash with Boro. 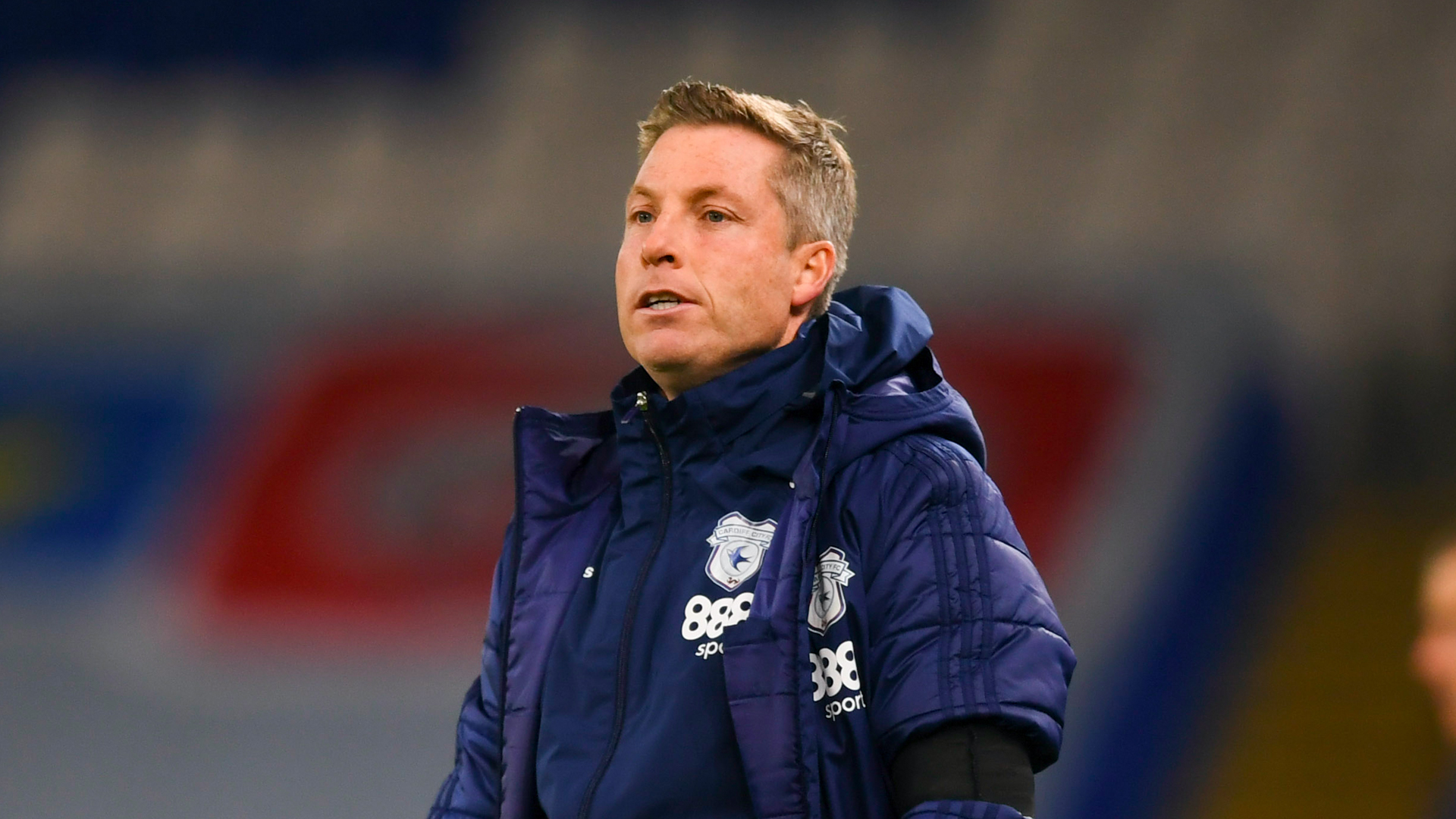 City manager Neil Harris spoke to the press and media ahead of Saturday’s fixture, hoping to pick up three points at Cardiff City Stadium after a promising week.

“We’re in great form, and really enjoying it. The boys have been great, and the atmosphere is unbelievable. I was delighted with the changes we made on Wednesday, which enabled us to get four points from the last two games, and we’re really looking forward to tomorrow’s game.

“The club has had a successful period, and we want to continue that success. We’ve adjusted slightly, and I think we’ve grown as a group. We’ve changed a lot of personnel, and we’re finding our way – you have to evolve all the time.”

Neil Warnock will be no stranger to his surroundings on Saturday, returning to Cardiff City Stadium for the first time since departing the Welsh capital in November 2019. The seventy-one-year-old began his career in football with Chesterfield, making his first appearance for the club in 1967. A winger, Warnock featured for the likes of Rotherham United, Scunthorpe United and Barnsley during his career, retiring at the age of 30 following a spell with Crewe Alexandra.

Warnock gained his first managerial experience with Gainsborough Trinity, before helping Scarborough into the Football League in 1987. He won back-to-back promotions with Notts County between 1989 and 1991, taking the Magpies into the First Division from the third tier. Following another set of consecutive promotions, with Huddersfield Town and Plymouth Argyle, Warnock was appointed as manager of Sheffield United, his boyhood club, in 1999. Six years later, he led the Blades to the Premier League, but could not avoid relegation after a single season. After a stint with Crystal Palace, Warnock earned another promotion with Queens Park Rangers in 2011, lifting the Championship title at Loftus Road. In 2016, after defying the odds to keep Rotherham in the Championship, he arrived at Cardiff City Stadium, lifting the Bluebirds away from the drop zone before delivering a memorable promotion to the Premier League in 2018. Since leaving South Wales, Warnock helped Middlesbrough steer clear of relegation to League One, and is aiming for a ninth career promotion this term. As he was during his time in South Wales, Warnock is assisted at Boro by Kevin Blackwell & Ronnie Jepson.

Ahead of his return to CCS, Warnock told the Teesside press and media: “We’ve played Reading who had a great start and then Bristol who have one of the best squads in the league, and then to Cardiff. It’s a difficult week. But if you’d have told me last Friday that I could have four points, I’d have snapped your hand off.”

After a disappointing 2019-20 season, which saw Boro sitting dangerously close to the drop zone for the majority of the campaign, Warnock’s men have made a far more promising start this term. A narrow opening day defeat to Watford has been followed by a run of five unbeaten matches, with two victories and three draws. Back in September, Middlesbrough recorded consecutive 1-1 draws with Bournemouth and QPR, before beating Barnsley 2-1 at the Riverside Stadium.

Since the international break, Warnock has put pay to the promising starts of two Championship rivals. Reading and Bristol City had both won all four of their opening league fixtures, but those impressive records were halted by Boro. A hard fought 0-0 draw at the Riverside stopped the Royals in their tracks, whilst George Saville’s solitary goal in midweek was enough to end Bristol City’s unbeaten start, with Middlesbrough triumphing 1-0 at Ashton Gate.

In terms of transfers, Warnock has added five new faces to his squad. Defender Grant Hall was the first arrival, signing from Queens Park Rangers on a free transfer back in July. Marcus Bettinelli and Sam Morsy followed midway through September; the former joined on loan from Fulham, whilst Egypt international Morsy signed from Wigan Athletic. Chuba Akpom arrived at the Riverside from PAOK to boost Boro’s attack, whilst Patrick Roberts re-joined the club on Deadline Day. The winger had spent last season on loan from Manchester City, and was able to extend his stay for another campaign before the window slammed shut.

Marvin Johnson endured a difficult start to life as a Middlesbrough player, having joined the club in 2017. Loaned out for the 2018-19 season, the left-sided player was brought back into the fold by Jonathan Woodgate, and has cemented his place in the starting eleven since Warnock’s arrival. A run of eight post-lockdown matches confirmed Johnson’s position as Boro’s first choice left-back, which earned the twenty-nine-year-old a new contract this summer. He has made a promising start to the new campaign, netting one goal and recording an assist thus far.

Chuba Akpom’s arrival at the club sparked plenty of attention, as the striker returned to English football following a two-year spell in Greece. The twenty-five-year-old began his career with Arsenal, and, having come through the youth ranks at the Emirates, played four matches for the First Team under Arsène Wenger. In 2018, Akpom moved to PAOK in the Greek Super League, before returning home to become Warnock’s marquee summer signing. With two goals already to his name, the forward will need to maintain his current hot streak, especially with fellow striker Ashley Fletcher picking up a serious hamstring injury.

Paddy McNair has been a mainstay in the Boro team this season, featuring in all six of their Championship fixtures. A product of Manchester United’s Academy, the twenty-five-year-old has spent the past two seasons at the Riverside Stadium, becoming an integral part of the team. Comfortable in central midfield or at centre-back, the Northern Ireland international leads the way for Middlesbrough in terms of assists, having set up two goals during the campaign.