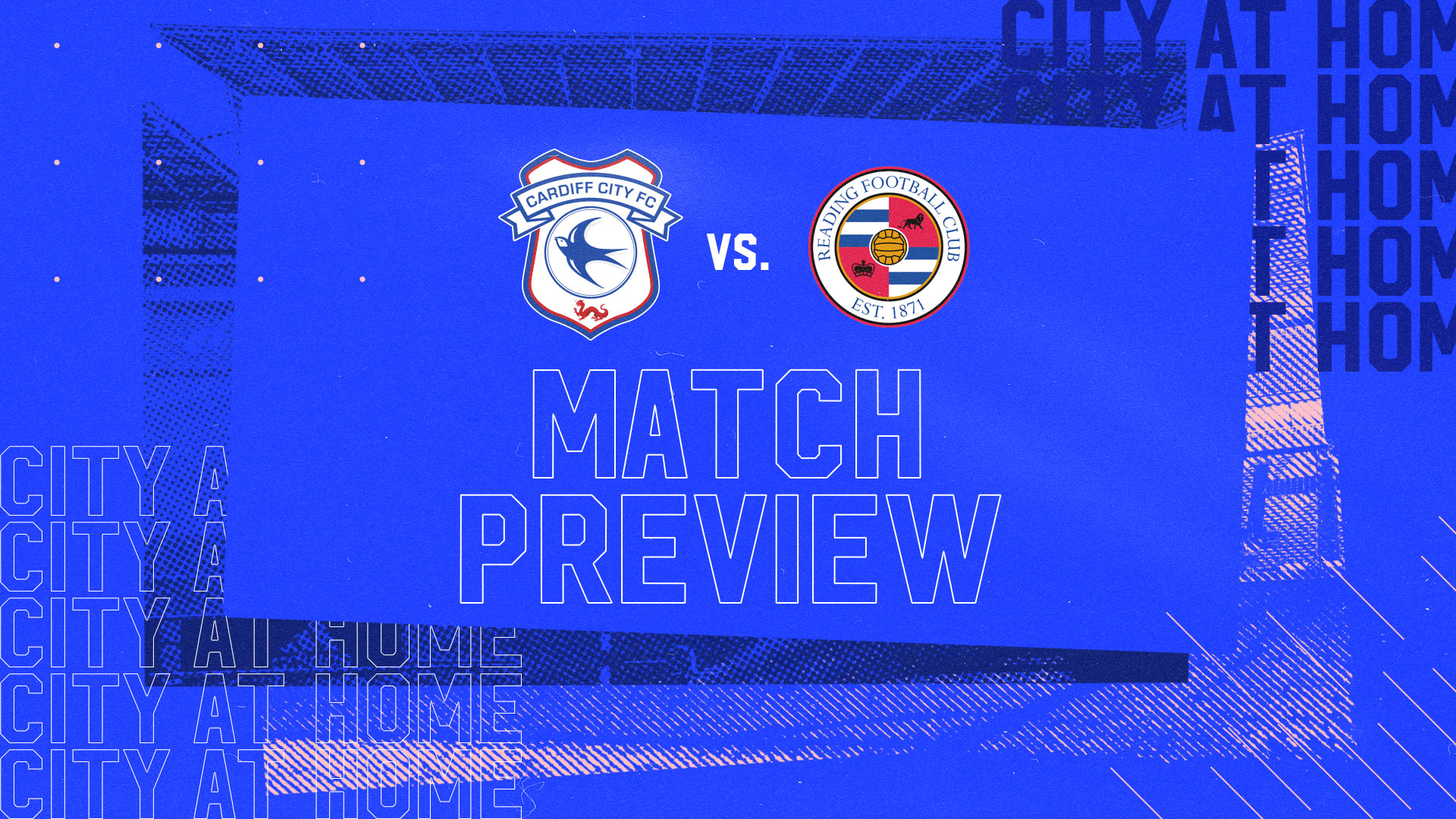 Mick McCarthy’s men take on Reading at Cardiff City Stadium in our final fixture before the international break. The Royals travel to the Welsh capital on Saturday, 2nd October, with a 3pm kick-off at CCS.

Match tickets for our Sky Bet Championship home fixtures against Reading are available to buy here.

In respect of domestic streaming, the EFL has returned to the position as was prior to the pandemic when the live broadcast or streaming of any match in England, Wales and Northern Ireland is prohibited between the hours of 2:45pm-5:15pm on Saturday afternoons.

This fixture has been selected for television broadcast internationally. As such, Cardiff City TV can only offer Audio coverage in the UK & most international countries.

The Bluebird | Cardiff City vs. Reading

Get your hands on Saturday’s special edition of The Bluebird, which celebrates Joe Ralls’ ten years as a City player, with the midfielder having made his league debut against Hull City on October 1st, 2011.

After a troubling run of form in August, Veljko Paunović’s side have enjoyed a successful September which has seen them rise from 22nd position to the heights of 9th. Coming into our weekend fixture, the Royals currently occupy 11th spot with 13 points from their name, just three shy of Blackburn Rovers in the final Play-Off position. From their ten league matches to date, Reading have won four, drawn one and lost five, with a goal difference of -3.

The Royals suffered defeat in four of their five opening matches, beginning with a 3-2 loss at Stoke City. A 2-1 victory over Preston North End followed, though Paunović’s men went on to lose three consecutive matches, which included a home defeat against Bristol City and a pair of losses on the road. After suffering late heartbreak against Coventry City, Reading fell to a 4-0 loss at Huddersfield Town at the end of August, rounding off a miserable month for the Berkshire side.

However, September proved to be a different story altogether for the Royals, who tasted success in three consecutive matches throughout the month. After a pulsating 3-3 draw with Queens Park Rangers, Reading then defeated Peterborough United 3-1, recorded an impressive 2-1 win over Fulham at Craven Cottage, and triumphed over Middlesbrough with a 1-0 victory at the newly re-named Select Car Leasing Stadium. The Royals were put to the sword by Derby County in midweek, putting an unfortunate finish on an otherwise excellent month.

Junior Hoilett joined the Royals on a one-year deal in August, after leaving the Bluebirds following the expiration of his contract at Cardiff City Stadium. The Canadian winger made over 180 appearances in a City shirt between 2016 and 2021, scoring 25 goals and recording 22 assists as he earned promotion to the Premier League in 2018. The 31-year-old has made six appearances since arriving at the Select Car Leasing Stadium, including two recent starts in a centre-forward position against Fulham and Middlesbrough, and came off the bench against Derby County in midweek.

Danny Drinkwater is another current Reading player to have previously featured for the Bluebirds, having spent time on loan in the Welsh capital during the 2010/11 campaign. The midfielder featured on 12 occasions for Dave Jones’ side after joining on a temporary basis from Manchester United, and has since gone on to feature for title-winning Leicester City and Chelsea. However, after a lack of playing time over the past three seasons, the 31-year-old has dropped back into the second tier with the Royals, for whom he has made three appearances since his arrival on August 30th.

Alen Halilović spent the 2020/21 campaign with Birmingham City, having previously been on the books of both FC Barcelona and AC Milan. Much noise was made about the Croatian as he broke through the ranks of Dinamo Zagreb, though he was unable to hold down a first team position at either the Camp Nou or the San Siro. After stints with Hamburg and Standard Liege, the midfielder enjoyed his first taste of English football at St. Andrews, making 17 appearances for the Blues last term, before signing a permanent deal in Berkshire this summer.

John Swift has been Reading’s standout performer this season, with seven goals and five assists to his name in all competitions. The former Chelsea man endured an injury-hit 2020/21 campaign, but has returned to first team action in fine form, kicking things off with a goal and an assist against Stoke City on opening day. Swift single-handedly earned the Royals a point by netting an excellent hat-trick during their 3-3 draw with Queens Park Rangers, and has gone on to provide assists in three of his last four appearances.

Ovie Ejaria did not feature in the first five matches of Reading’s season, but has started their previous five fixtures, of which the Royals have won three. Signed permanently from Liverpool last summer after two previous loan spells at the Madejski Stadium, the skilful midfielder scored a match-winning brace at Craven Cottage to hand Veljko Paunović’s men victory over Fulham, leaving him just one goal short of his entire tally for the 2020/21 campaign. Ejaria recorded five assists last term, and will be looking to provide his first of the season this weekend.

Femi Azeez made his Reading debut with a brief appearance from the substitutes bench against Sheffield Wednesday last season, but has made a far greater impact this term. The 20-year-old has featured on four occasions for the Royals since the start of the campaign, scoring against Preston North End and Bristol City in the early weeks of the seasons. Azeez has missed the past six matches with a soft tissue injury, and unfortunately for Reading looks likely to be sidelined once again in South Wales.