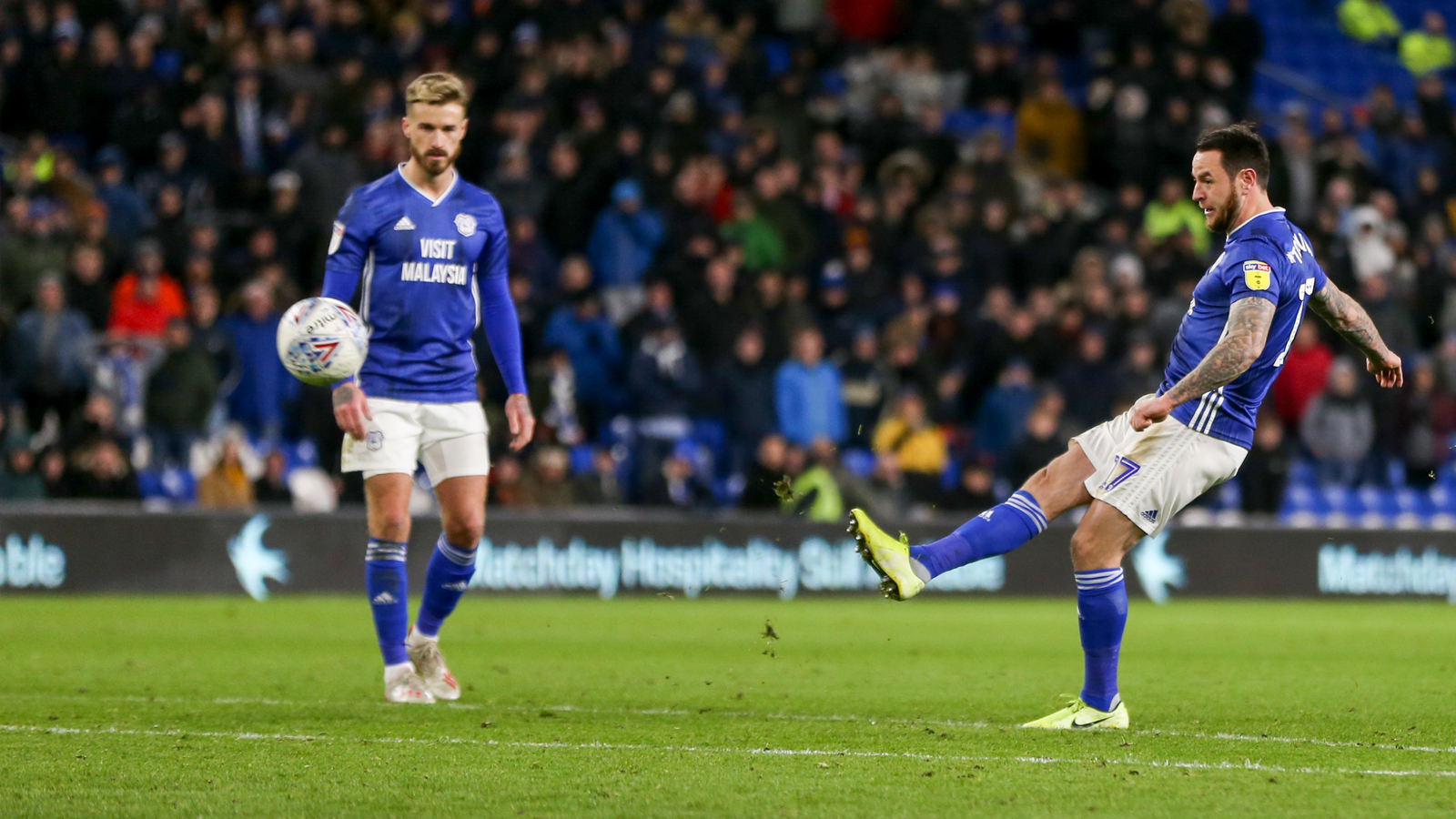 Following two consecutive victories on the road, the Bluebirds return to CCS to host the Latics on Saturday afternoon - 3pm kick-off.

Wigan Athletic are currently in 22nd place on the Sky Bet Championship table, with 30 points taken from their current league campaign so far. Having won two of their previous five league fixtures, the Latics most recently ran out against Middlesbrough at the DW Stadium on Tuesday, earning a point at home against Boro.

Captain Sam Morsy opened the scoring for the hosts in the 29th minute, scoring on his 150th appearances for the club with a shot from the edge of the area.

Leading at the break, the visitors turned the match in their favour following the dismissal of Wigan's Chey Dunkley, who was sent off for a foul on Lewis Wing. The attacking midfielder then went and scored two quick goals for Boro, with a free-kick and shot from 30 yards out both finding their way into the back of the hosts' net.

Pressing back for an equaliser, ten-man Wigan managed to secure a point as Nathan Byrne's cross was headed in accidentally by Boro defender Harold Moukoudi.

The Latics' most recent victory came on February 1st, as they defeated then-league leaders Leeds United, who slipped to second place on the league table behind West Bromwich Albion.

The sole goal of the encounter came before the hour mark, as Joe Williams' corner kick deflected off Leeds United forward Pablo Hernandez, before arching in and over 'keeper Kiko Casilla, giving the Latics a surprise lead against the turn of play at Elland Road.

Seeing out the rest of the match without conceding to the Whites, the visitors picked up three points and with it their first back-to-back league wins of the season.

Former Latics player Paul Cook now manages Wigan Athletic, and was appointed to the role in May 2017. In his first season in charge at the then-League One side, Cook managed to earn success both in his league and cup campaigns, winning promotion to the Championship and reaching an FA Cup Quarter Final.

That season, Wigan’s FA Cup run was notable not only due to the stage they reached, but the opposition that they defeated. The Latics beat Premier League clubs AFC Bournemouth, West Ham United and eventual league champions Manchester City to reach the Quarter Final, before losing 2-0 against Southampton.

Prior to his current post, Cook managed Southport for a spell, before joining Irish club Sligo Rovers, where he stayed for five years between 2007-12, winning several domestic cups with the club. In 2012 he joined League Two side Accrington Stanley – the club where he had retired as a player, having helped earn the club Football League status in 2006.

Cook enjoyed more success as a manager at another League Two side, Chesterfield. In his second of three seasons with the club, he managed to get the Spireites promoted to League One, and spent his third with his side comfortably playing in the division, finishing in sixth place and in the play-offs, where they lost against eventual play-off champions Preston North End.

Paul returned to League Two to manage Portsmouth in 2015, and joined Wigan Athletic in 2017, having finished the 2016-17 season with automatic promotion for Pompey to League One.

Former Cardiff City goalkeeper David Marshall signed for the Latics in July 2019 following three years spent playing for Hull City. The Scotland international has made 25 league appearances for the side so far this season, keeping five clean sheets, including his most recent one again Leeds United at the start of February.

Marshall spent seven years playing for the Bluebirds between 2009-16, joining from Norwich City before making 50 appearances in all competitions for the Club in his first season alone.

During the Bluebirds' 2012/13 promotion season, Marshall was ever-present in the side's league campaign, and kept 18 clean sheets as the Club returned to the top flight after a 51-year absence.

Later captaining City, Marshall made a total of 264 league appearances for the Bluebirds during his time in South Wales, and left for then-Premier League club Hull City in 2016, where he played 61 matches across three seasons with the Tigers.

Teammate Anthony Pilkington left Cardiff City to play for the Latics in January 2019, having played for the Bluebirds since 2014. During his time at CCS, the Republic of Ireland international made a total of 102 league appearances for City, scoring 20 goals in the process.

Since moving to play at the DW Stadium, Pilkington has made 11 appearances for the Latics, scoring twice. Having not featured previously since a Boxing Day fixture against Derby County, the winger started for his side in their most recent match against Boro on Saturday.