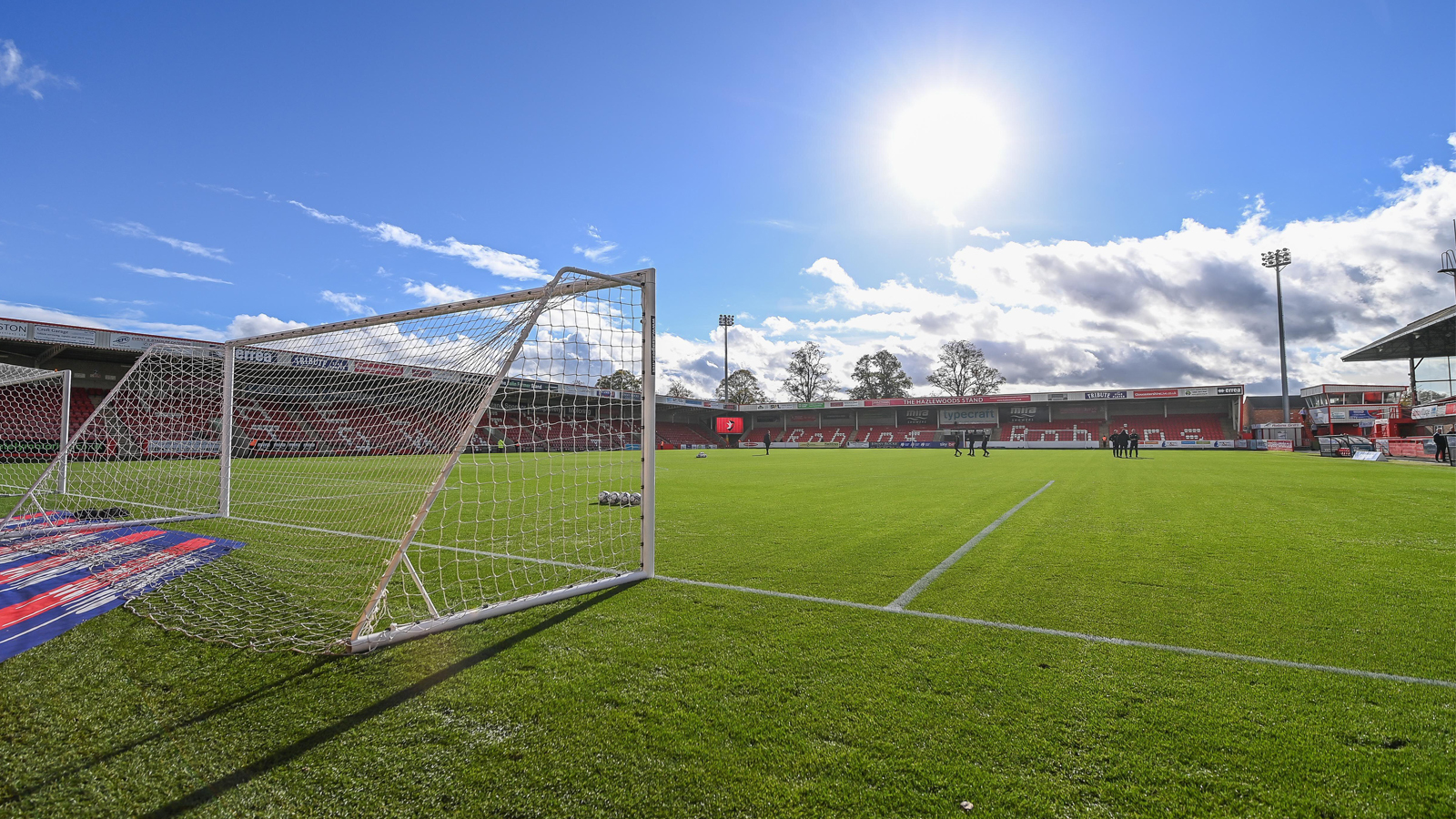 The contest will take place at the Completely-Suzuki Stadium, with kick-off at 3pm.

Tickets are available to purchase from the Cardiff City Ticket Office until 2pm today. Get your tickets and find more information here.

Collections and re-prints will be made available from the Away Collection Booth on matchday, located outside the Hazelwood Stand turnstiles.

Away tickets will also be available to buy on matchday from the Main Ticket Office at the Completely-Suzuki Stadium.

Find full details and get your Match Pass here.

Following the departure of Michael Duff to Barnsley in June, the Robins appointed Wade Elliott as their new manager.

Elliott has spent the last two seasons as a First Team coach at the club, having previously had experience with the Under 23s teams at Bristol City and Stoke City.

The former winger enjoyed an impressive career in the EFL, featuring for the likes of Bournemouth, Burnley, Birmingham City and Bristol City.

Ahead of his first season as a manager, Elliott will be looking to build on the club’s respectable 15th placed finish in last season’s EFL League One.

It’s been a busy summer for the Robins so far, with 15 players released by the club at the end of the 2021/22 campaign.

Also departing are goalkeeper Owen Evans and key centre-back Will Boyle, who have joined Walsall and Huddersfield Town respectively.

Boss Elliott began his summer recruitment with the signing of Norwich City midfielder Daniel Adshead for an undisclosed fee, who had loan spell at Gillingham last season.

The Robins have also looked to the National League to reinforce their squad, securing the services of Halifax Town defender Tom Bradbury and Torquay United goalkeeper Shaun MacDonald, both on free transfers.

As for loan signings, Elliott has acquired Southampton striker Dan N’Lundulu and Wolverhampton Wanderers midfielder Taylor Perry (pictured), the latter joining for a second spell at the Completely-Suzuki Stadium.

After a stellar season last time out, the Robins will be hoping to keep hold of star striker Alfie May this summer.

The talisman, who joined the club in January 2020, netted an impressive tally of 23 goals in EFL League One last term.

A notable performance from the striker came back in February, when he remarkably scored four goals in a dramatic 5-5 draw against Wycombe Wanderers.

Having contributed with 35% of the Robins’ league goals last season, May was a key part in safely sustaining their place in the third tier.

City man Tom Sang enjoyed a loan spell with the Robins in the 2020/21 campaign, making 14 appearances for Town in a two-month period. Following the completion of his time at Whaddon Road, Sang returned to CCS and made his Championship debut in a 0-0 draw with Huddersfield Town.

Among the players to have worn the shirts of both clubs is midfielder Marlon Pack, who, during an impressive spell at Cheltenham, was named in the PFA League Two Team of the Year in back-to-back campaigns. Pack made over 100 appearances during his three years in the Welsh capital, before moving on to Portsmouth this summer.

Midfielder Josh Low first became a Bluebird in 1999 in a loan signing from Leyton Orient, before making his stay in the Welsh capital permanent. Going on to make 73 league appearances for the club, Low also represented the Robins between 2008 and 2012, becoming a popular figure.

City youth product Daniel Parslow will be a fond name to Cheltenham Town fans, having played a key part in the club’s promotion from the National League at the first time of asking in the 2015/16 campaign. During a stellar year for the defender, Parslow was named Players’ Player of the Year, as the Robins accumulated a remarkable 101 points.