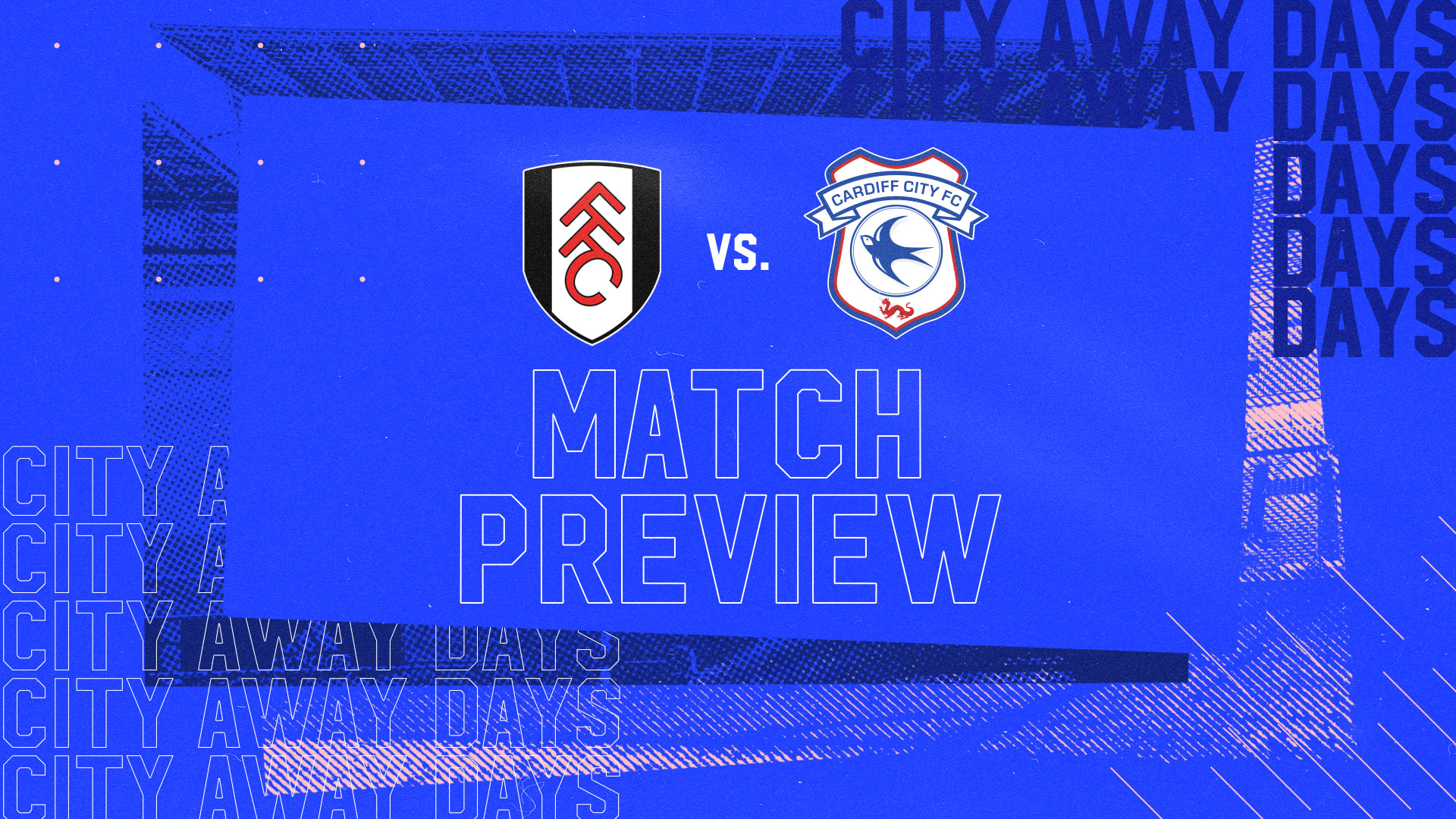 Mick McCarthy’s men travel to West London on Wednesday evening, taking on Fulham at Craven Cottage. The Bluebirds will face the Whites at 7:45pm on Wednesday, 20th October.

With this match taking place during the week, Cardiff City TV will be able to broadcast the match domestically as well as internationally.

Supporters based in the UK as well as overseas can purchase their Match Pass for only £10! Click here to buy your Match Pass.

Click here for full details ahead of Wednesday's live stream!

Former Fulham midfielder Scott Parker decided to depart Craven Cottage after the Whites suffered a second relegation from the Premier League in three seasons, with the ex-England international opting to join AFC Bournemouth instead. The West London side instead recruited former Hull City, Watford and Everton manager Marco Silva to the hotseat; the 44-year-old had been out of a job since his departure from Goodison Park in December 2019.

With several players of top-flight quality remaining in the Fulham squad following their relegation, the Whites have been in-and-around the upper reaches of the Championship table from the early weeks of the campaign. Following an opening weekend draw with Middlesbrough, Silva’s side went on a four-match winning run, dispatching Huddersfield Town, Millwall, Hull City and Stoke City, rising to the Championship summit in the process. However, defeats to Blackpool and Reading then saw Fulham drop out of the automatic promotion places and into fourth place.

An unexpected 4-1 defeat to high-flying Coventry City put the Whites in fifth position before the recent international break, though Silva’s men returned to league action with a resounding 4-1 win of their own, seeing over West London rivals Queens Park Rangers on the weekend. Talisman Aleksandar Mitrović netted a brace against the R’s, with Bobby Decordova-Reid and Antonee Robinson also finding the back of the net at the Cottage.

Rodrigo Muniz sealed a move to Fulham from Flamengo, having scored five goals in 23 appearances for the Brazilian side since making his debut in December 2020. The 20-year-old has since featured on four occasions for Fulham, though Muniz is still waiting to make his first start for the West London outfit. The forward scored his first goal for the Whites on his home debut, netting a late consolation during their 2-1 defeat to Reading on September 18th. Since then, Muniz has featured from the bench against both Swansea City and Coventry City, but did not enter the action when the Whites defeated Queens Park Rangers this weekend.

Harry Wilson signed for Fulham on a permanent deal from Liverpool in July, having spent the 2020/21 campaign on loan at Cardiff City Stadium. The Welshman made 37 appearances in total for the Bluebirds, netting seven goals and creating a further 12. Wilson has made nine appearances since his arrival at Craven Cottage, scoring three goals and providing three assists, including a season-opening strike during Fulham’s 1-1 draw with Middlesbrough in West London. The winger did miss two matches in August due to suspension, having been shown a red card during the Whites’ 5-1 victory over Huddersfield Town.

Nathaniel Chalobah was an integral part of Watford’s promotion winning team last season, making 38 league appearances as the Hornets finished 2nd in the Championship table. However, the midfielder dropped down a division to return to West London on Deadline Day; Chalobah came through the ranks at nearby Chelsea, making 15 appearances for the Blues. Since arriving at Craven Cottage, the once-capped England international has made four appearances in a Fulham shirt, with three starts and one appearance from the bench. After missing two matches with a hamstring injury, the 26-year-old returned to action against QPR this weekend, making a 13-minute appearance from the bench.

Aleksandar Mitrović netted 26 Championship goals in 2019/20 and 12 in half of the 2017/18 campaign, and looks set to lead the division’s scoring charts once again this time around. A prolific marksman at this level, Mitrović has found the back of the net on twelve occasions in twelve league fixtures since the beginning of the campaign, including a first-half hat-trick against Swansea City and a brace against Fulham’s West London rivals Queens Park Rangers on Saturday. The Serbian international, who has also picked up three assists this term, is currently two goals clear at the top of the Championship goalscoring table, with Blackburn’s Ben Brereton Diaz in hot pursuit.

Jean Michaël Seri signed for Fulham during their ill-fated 2018/19 Premier League season, but spent their Play-Off winning 2019/20 campaign on loan with Galatasary in Turkey. The midfielder moved away from Craven Cottage on another loan deal during the latter half of last season, joining OCG Nice of Ligue 1, but has returned to Fulham this season to make his first career appearances in the Championship. The 30-year-old, who has 31 caps and three goals for the Ivory Coast national team, has made 11 appearances for Marco Silva’s team this term, with three assists to his name thus far.