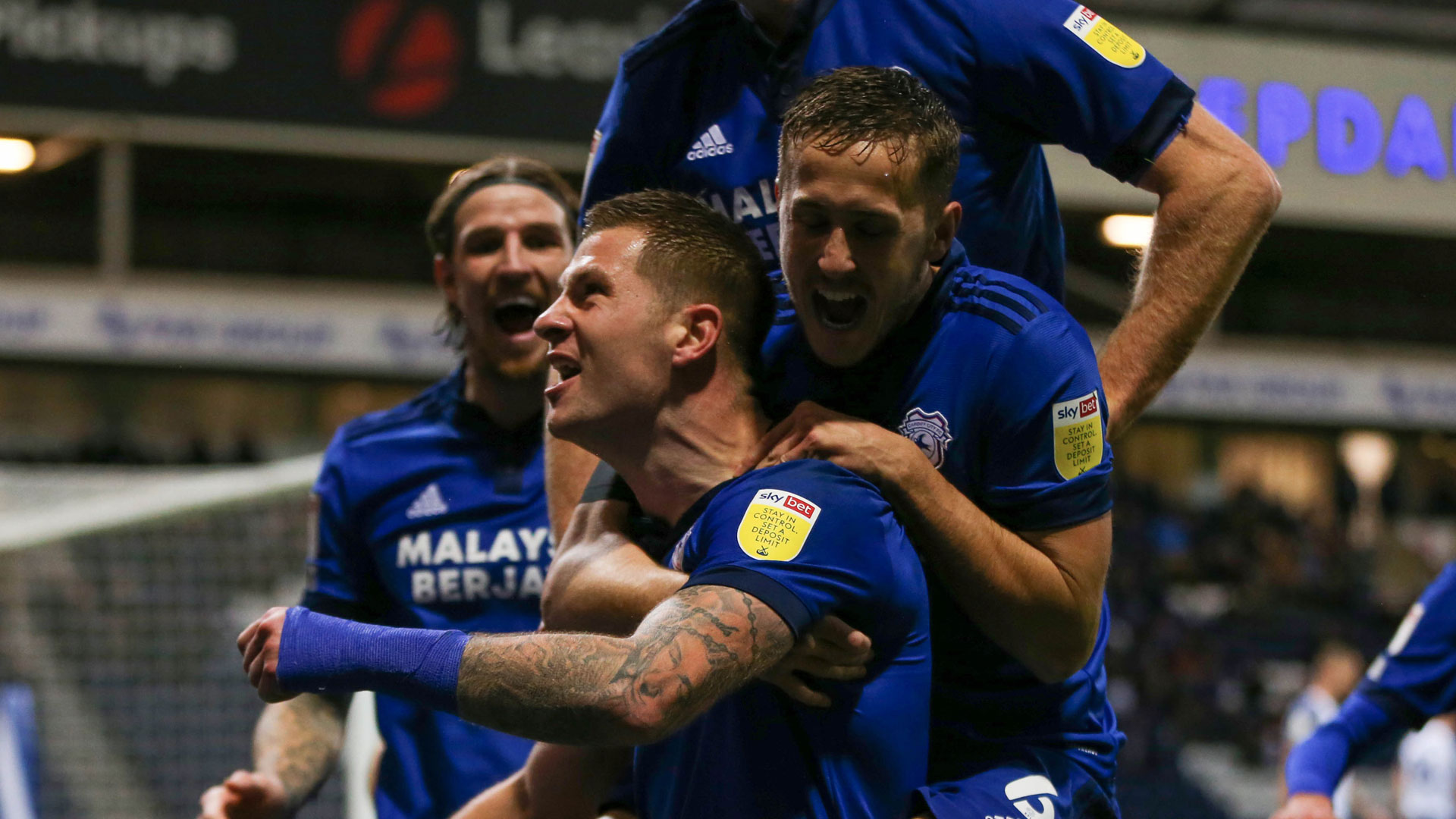 The Bluebirds came back from a half-time deficit to defeat Preston North End, 2-1, on Saturday, November 20th, 2021.

Steve Morison made four changes to the side which faced Huddersfield Town before the international break, with Will Vaulks, Rubin Colwill, Isaak Davies and Chanka Zimba coming into the starting eleven in place of Joe Ralls, Leandro Bacuna, Mark Harris and Kieffer Moore.

The home side started strongly at Deepdale, and raced into an early lead through Sean Maguire. A succession of corners led to Alan Browne’s out-swinging delivery from the right, which was flicked on at the near post towards the back of the six yard box. Waiting unmarked was Maguire, who hooked the ball over the goal line despite the best efforts of Perry Ng and Alex Smithies, giving the hosts the advantage.

The Bluebirds grew into the game as the half progressed, with Aden Flint enjoying a good chance. A dangerous cross from Ng on the right found its way to his counterpart on the left flank, with Ryan Giles speeding past his man and flashing the ball back across goal. Flint, with four goals to his name already this season, was waiting at the back post, but could only poke the ball wide.

After 24 minutes, debutant Zimba saw a strong appeal for a penalty kick waved away. A neat turn from Davies allowed him to drive forward towards the box and find the striker, who produced a similar piece of skill to make space in the area. Although he looked to have been held back by his marker, the 19-year-old looked up to see the referee dismissing shouts for a spot kick.

Smithies was called into action on several occasions in the first 45 minutes, making a fine stop to deny Ali McCann. The midfielder took aim from the edge of the box, forcing the City stopper into a two-handed stop to push the ball away from the upright. Neither side were able to create clear-cut opportunities in the final stages of the half, with Preston holding a slender lead at the interval.

Morison’s side flew out of the traps at the start of the second half, with James Collins, introduced for Zimba during the break, shooting wide of goal after a flowing move which involved Colwill and Giles on the left flank. Moments later, Vaulks came within inches of an equaliser, firing the ball off the inside of the post, with goalkeeper Daniel Iversen fortunate not to inadvertently knock the rebounding ball into his own net.

City’s fine attacking play deservedly paid off after 50 minutes, with Mark McGuinness netting his first goal for the club. Welsh international Vaulks delivered an enticing free-kick into the penalty area, with McGuinness jumping highest at the back post. The Republic of Ireland U21 international did well to keep his headed effort down, with the ball bouncing past Iversen and into the back of the net for the leveller.

Continuing to bombard the North End goal, the Bluebirds scored a second goal after 66 minutes, with Collins also opening his account in a City shirt. From a corner kick, the striker did well to avoid the advancing Iversen and direct a looping header over his man into the back of the net, sparking scenes of wild celebration and handing Morison’s men a deserved lead.

Preston were unable to string together many meaningful chances in the second half, with the Bluebirds continuing to press their opponents and create opportunities of their own. Full-back Ng showed perseverance and skill to break into the box, teeing up Colwill at the front post. The young midfielder’s deft touch looked certain to find the net, but was denied on the goal line by the hand of Iversen and the head of Sepp Van Den Berg.

The final few minutes saw Preston trying to find a late equaliser, but the Bluebirds backline held firm, with several clearances from the likes of Giles and Marlon Pack almost setting up a third, with Mark Harris tirelessly chasing the Lilywhites defenders as they built from the back.

After five minutes of stoppage time, the final whistle signalled a vital three points for Morison and his team who will take on Hull City in the Welsh capital at 7:45pm on Wednesday, November 24th.