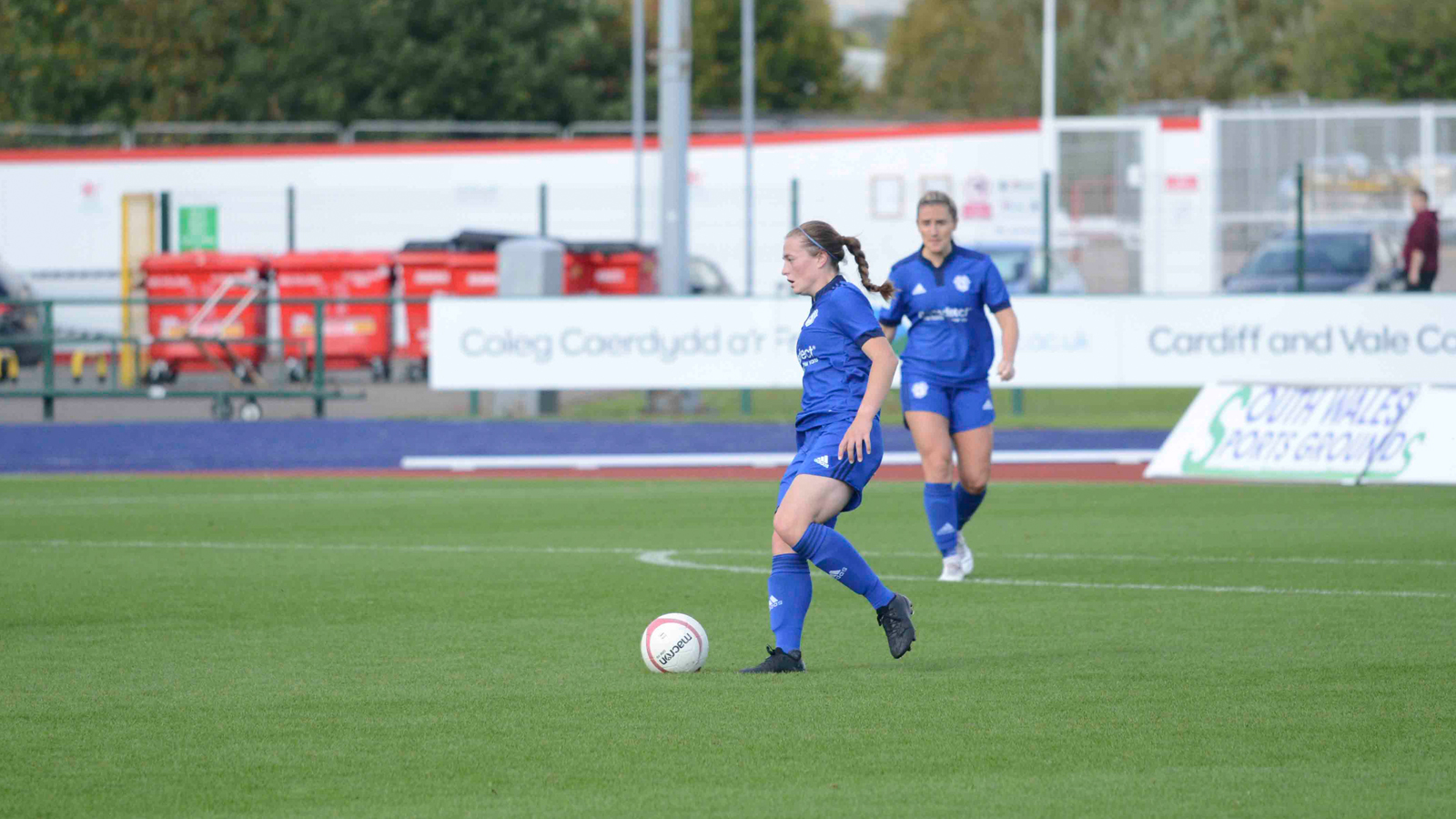 Cardiff City FC Women were narrowly defeated by Swansea City away from home on Sunday afternoon.

The Bluebirds battled throughout, but the hosts took all three points thanks to a first-half penalty-kick, holding onto the narrow lead for the remainder.

Ceryn Chamberlain was called upon early to make a good save against Ellie Lake's dangerous cross, gathering confidently inside City's area.

With the score level as the first half continued, City did well to further deny the hosts, with one moment in particular demanding several blocks inside the Bluebirds' area. Defenders put their bodies on the line to stop their opponents from finding an opener once more.

Under increasing pressure, City fell behind in the 45th minute, as Rhianne Oakley's penalty-kick beat Chamberlain from 12 yards.

New signing Hollie Smith made her debut for the Bluebirds in the second-half, replacing Seren Watkins.

City's 'keeper was once again on hand to put in a good save early in the second half. Laura Davies struck from the edge of the area, with Chamberlain doing well to stop the hosts from doubling their lead.

Seeing out the remainder of the fixture with a brave performance against the league leaders, the visitors battled until the final whistle blew, narrowly losing out on sharing the points.

Today’s result may have ended our winning run - but we keep moving forward as a squad and as a Club! 💙#CityAsOne | @AdranLeagues | @VansdirectUK pic.twitter.com/L8vC1yjD8q

"We were competitive for the full 90 minutes and deserved something from the game," he began. "Every single player gave 100% and they executed the game plan as they were asked to do.

"We were frustrated not to score on the counterattack, but we're proud of all of our players and we're looking forward to the next game now.

"There are five games left now before the Christmas break, and we've got to set out believing that we can win them all.

"It's very positive seeing where the Club is going with this side, and we're just excited to get out there once again against Barry Town United next Sunday."