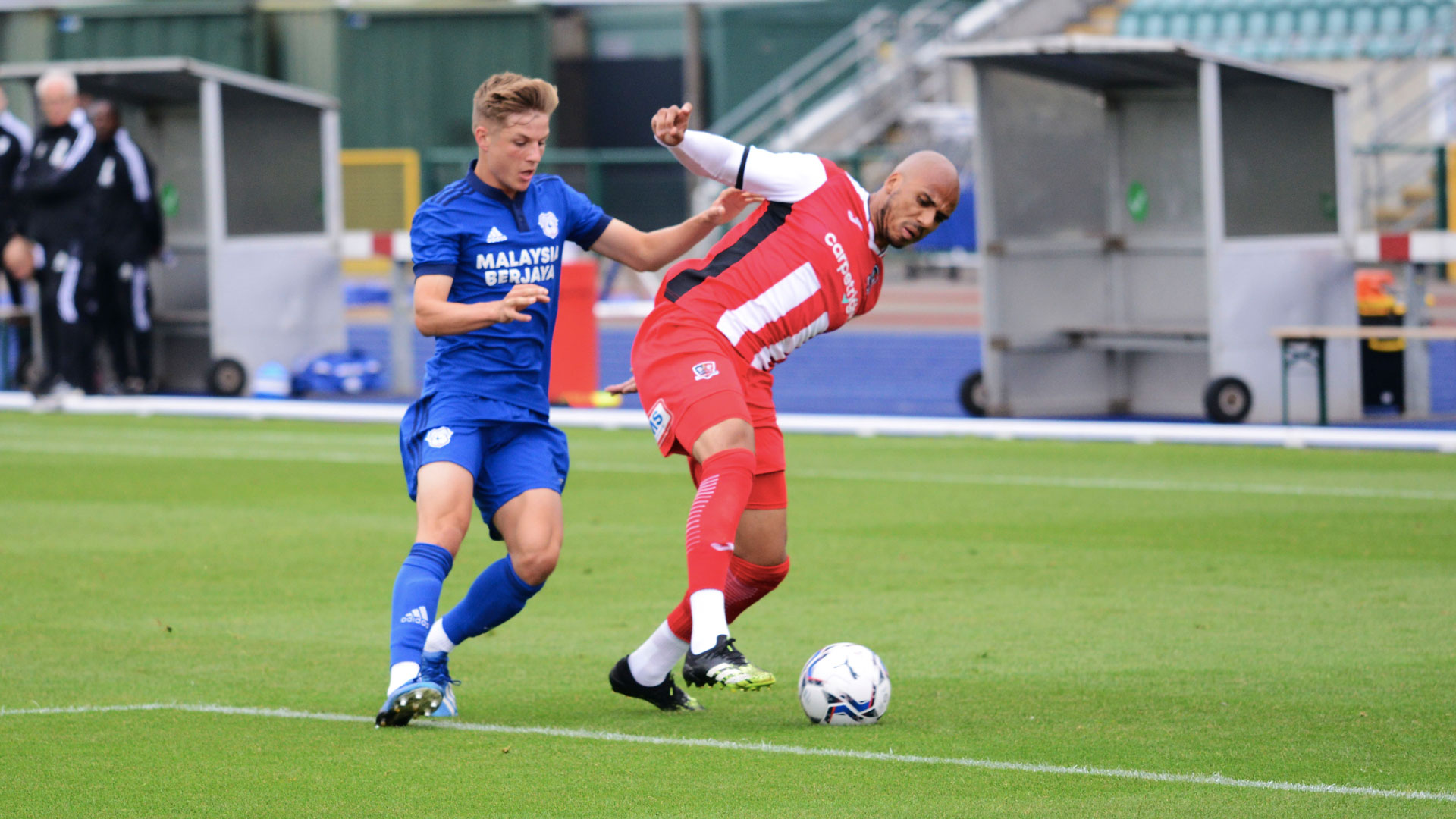 The Bluebirds played out a 2-2 draw with Exeter City, with James Collins and Mark Harris on target for Mick McCarthy’s men.

The gaffer made several changes to the side that defeated Forest Green Rovers in midweek, as the Bluebirds returned to Cardiff International Sports Campus to continue their pre-season preparations.

With both sides playing at an intense early tempo, it was the visitors who had the first opportunity of the afternoon, with Joel Randall firing wide. At the other end, Lee Tomlin was providing a creative spark for the Bluebirds, seeing a dangerous cross deflected behind for a corner, and a quick free-kick feeding James Collins, only for the linesman’s flag to be raised.

However, as McCarthy’s men grew into the game, Exeter seized their opportunity to open the scoring for the afternoon, netting from a well-worked counter attack. After 22 minutes, Randall raced forward from the halfway line, finding space before feeding Matt Jay. The forward did well to create space before bending the ball past Alex Smithies and into the far corner, breaking the deadlock for the Grecians.

The Bluebirds looked to hit back before the break, with Tomlin enjoying the best of City’s chances. After 32 minutes, the midfielder drove forward into the Exeter box and hit a low shot, which flew narrowly wide of the woodwork. A few minutes later, the 32-year-old aided the Bluebirds in earning a free-kick which he then curled towards the near post, forcing a save from ‘keeper Scott Brown.

City got their equaliser seconds before the half-time whistle, with Collins netting his fourth goal of the pre-season schedule. Gavin Whyte delivered a pinpoint low cross from the right-flank, with Collins able to fire home from close range, levelling the score just before the interval.

The visitors started the second half in fine fashion, regaining their lead four minutes after the break. A corner from the right evaded attackers and defenders alike, with the ball finding Pierce Sweeney at the back post. The defender showed excellent technique to dispatch a half-volley through a crowd of bodies and into the net, putting Exeter ahead once again.

The Grecians had the chance to take a two-goal advantage just before the 60 minute mark, with Smithies being called into action by Jay. The Exeter goalscorer forced a fine stop from the City stopper, with Jack Sparkes firing his follow-up effort into the side netting.

Mark Harris was introduced to the action just before the hour and made an immediate impact, winning a penalty three minutes later. The Welshman latched onto a forward pass in the channel, doing well to beat George Ray. The defender upended Harris inside the area, leaving the referee with no option but to point to the spot. The striker picked himself up before rifling the ball into the net, levelling the score once again.

Exeter were appealing for a penalty of their own a minute later, with Joe Ralls colliding with a Grecian forward in the area; however, the referee waved away the visitors’ protests. Matt Taylor’s men did go close from a free-kick minutes later, though Sparkes’ effort was watched over the crossbar by Smithies.

The introduction of Ryan Giles and Sam Bowen gave the Bluebirds fresh attacking impetus, with the substitutes playing their part in two good City chances. On the 77-minute mark, Giles whipped a dangerous free-kick into the Exeter box, which narrowly evaded Aden Flint and was nervously turned behind for a corner. From the resulting set-piece, Bowen struck a fierce effort which had Exeter goalkeeper Brown worried, but flew just wide of the post.

The final whistle brought an exciting fixture to a close, with both sides getting another intense 90 minutes in the tank before the return of competitive action on August 7th. Next up for City is the visit of Southampton on Tuesday, 27th July, with tickets available now for supporters to make their return to Cardiff City Stadium. 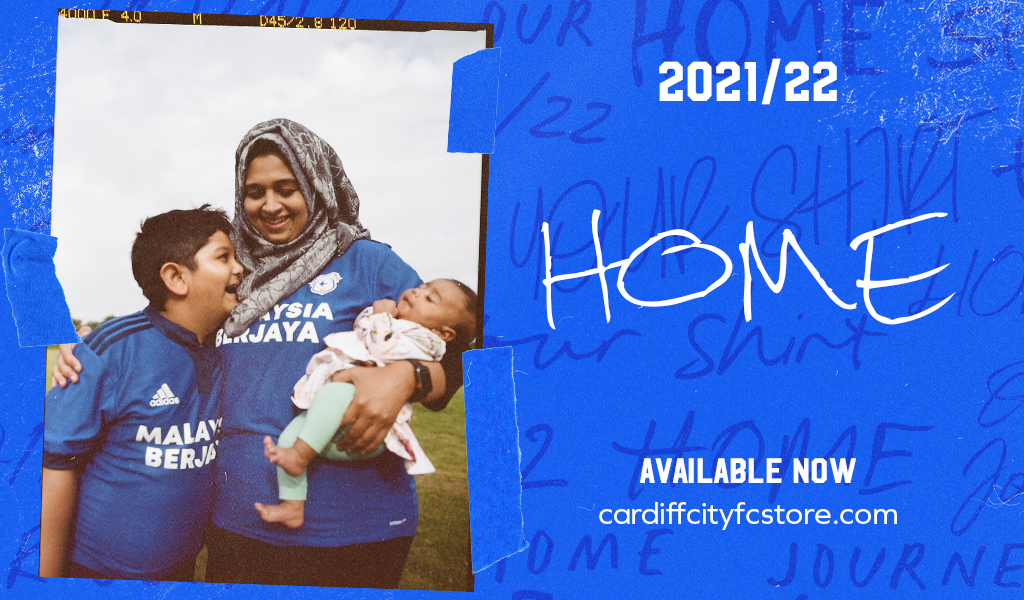