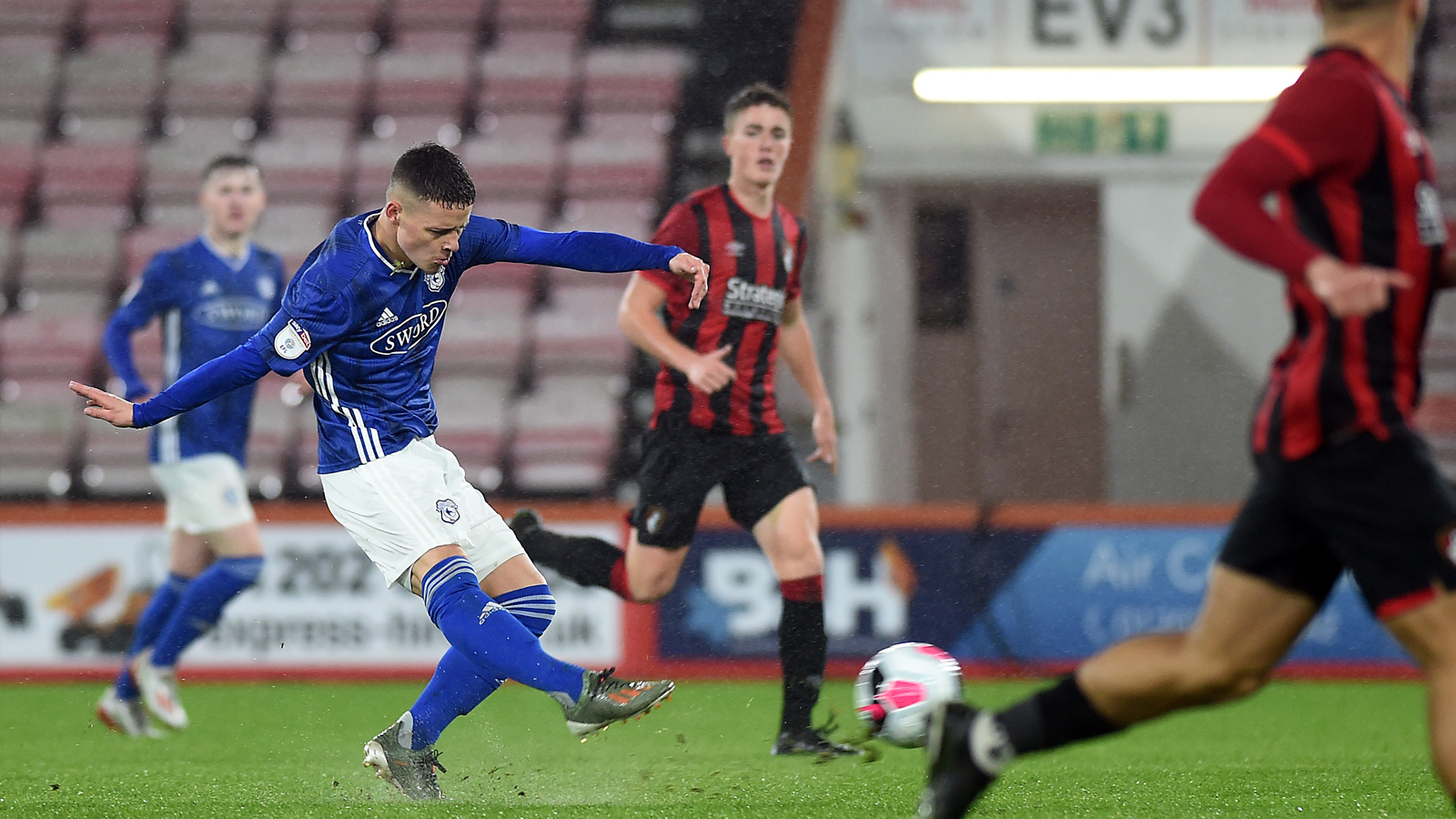 A late equaliser from Kieron Evans meant that Cardiff City's U18 side came away with a point on the road against the Sky Blues on Saturday, February 22nd.

The hosts were quick to take the lead, as Sam Rodber tapped in from close range in the third minute of play.

Digging in to find an equaliser to offset the early disadvantage, the young Bluebirds managed to find one through Kieron Evans.

The midfielder was composed with his strike in the 23rd minute of play, slotting past the hosts' 'keeper with a well-placed shot into the bottom left corner of goal.

Only moments later Jaimie Cogman pulled off a wonder save, diving to tip Jonathan Ngandu's driven shot wide with his fingertips.

Ngandu found the Sky Blues' second goal of the match before the half-hour mark, however, scoring from the 12-yard spot as the Bluebirds conceded a penalty-kick.

Behind at the break, City pressed throughout the second half to find another way back into the match in an effort to regain control.

The result seemed settled as the blowing of the final whistle approached, but Evans once again managed to level for the visitors in the 86th minute of play.

Rubin Colwill created a great chance for his teammate by finding Evans at the far post with a well-weighted pass across the face of goal.

Evans shot instinctively into the back of the net, bagging a brace and securing a point for the young Bluebirds on the road.