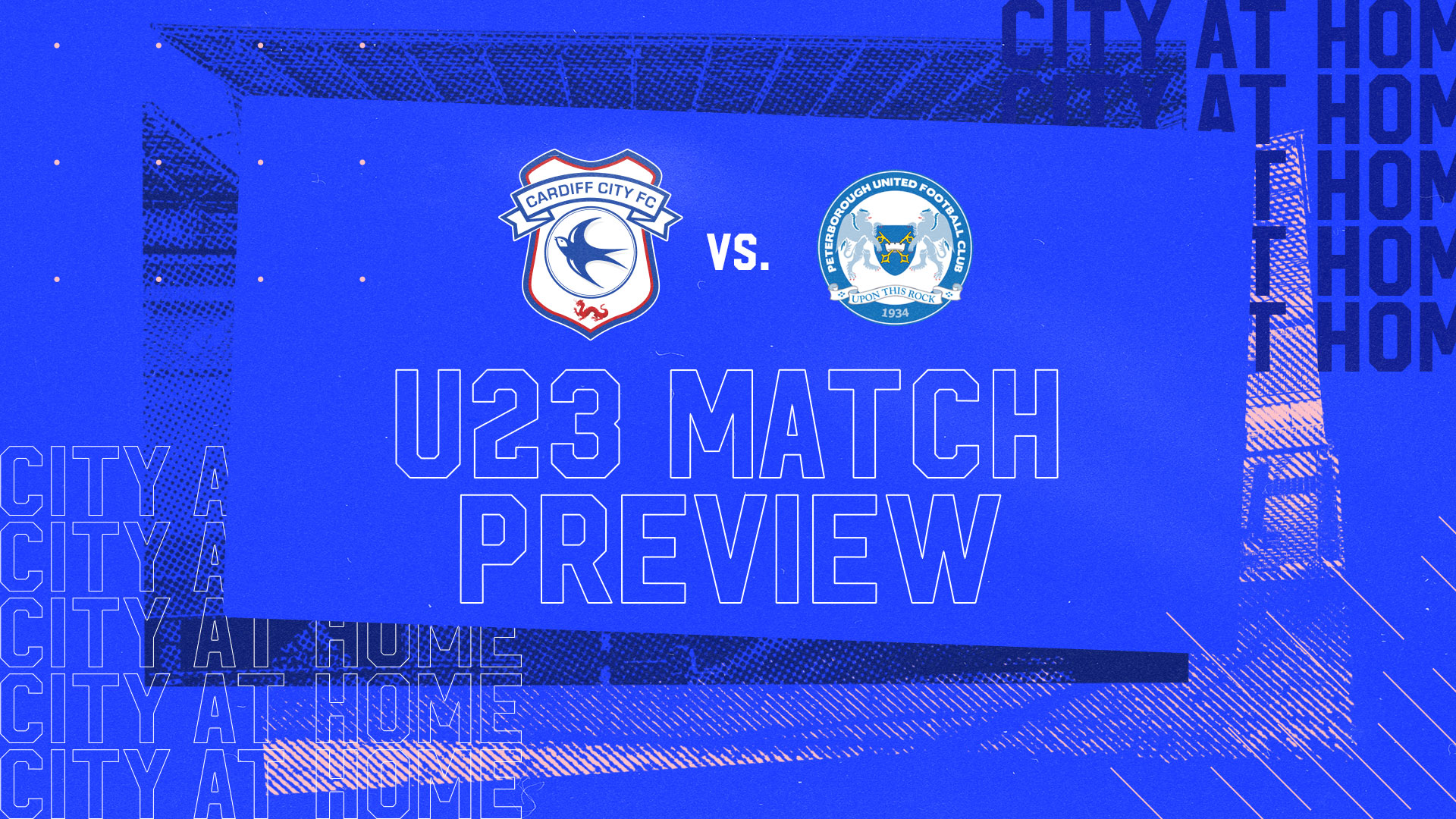 City's U23 side face Peterborough United U23 in the Professional Development League at Cardiff International Sports Stadium on Sunday, August 29th, 2021.

This match is open to the public with free entry and for those who can’t make it, the game will be streamed live and free on Cardiff City TV.

The Bluebirds will be aiming to add to their 1-0 opening day victory over Wigan Athletic U23 at Cardiff City Stadium, with another win.

Kieron Evans netted for Cardiff City midway through the second-half in a team including Tavio D’Almeida, Sam Bowen and Oliver Denham, who made their competitive First Team debuts in the Carabao Cup fixture against Brighton & Hove Albion.

U23 Coach Steve Morison spoke about the positive energy within the camp ahead of the encounter, particularly with a solid week of training and more First Team debutants on Tuesday night.

“Training has been great ahead of the match,” said Steve. “It’s been a pleasing week with another three debutants for the First Team, so that was excellent.

“The lads are in good shape, fit and we’ve not got any injuries so we’re really looking forward to the game - we haven’t had a fixture for a couple of weeks, but we’re ready and looking to put another good performance in.

“We’re here to learn, get better and develop, it’s not going to be perfect all the time and we can always improve, but the lads won the first game of the season and did a good enough job to do that, so if we play even better then I’m sure we’ll get more positive results.”

This game will kick-off at 3pm in Cardiff International Sports Stadium. Live updates can be followed on Twitter via @CF11Academy.