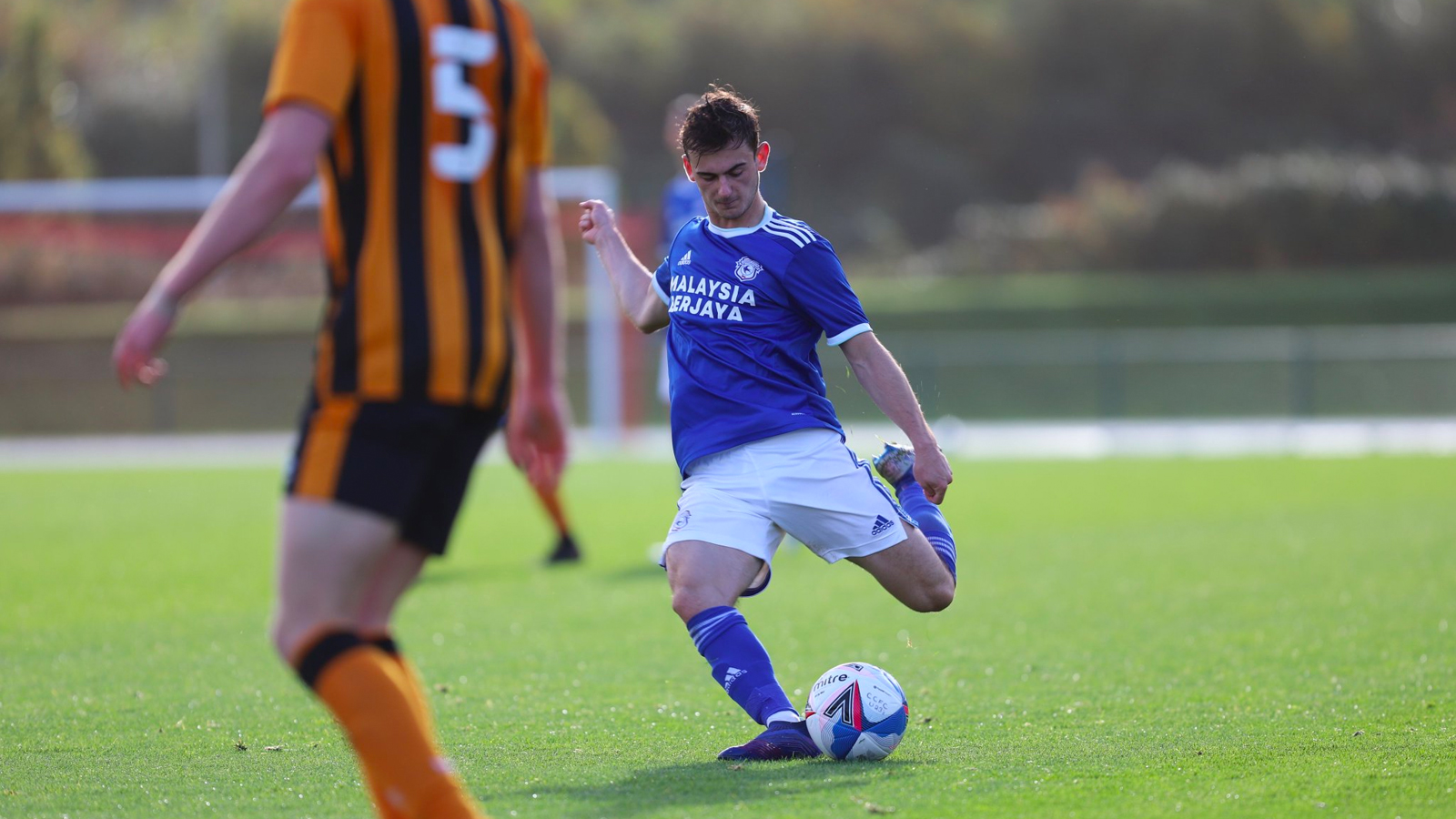 The young Bluebirds were defeated by Millwall on Wednesday morning, falling to a 2-0 away loss in south-east London.

Returning to the club where he enjoyed two spells as a player, Lead U23’s coach Steve Morison made two changes to his starting line-up, as Keenan Patten and Eli King came in for Tavio D’Almeida and Owen Pritchard.

It was the hosts who made the stronger start to the game, testing the City defence with several early crosses. After seven minutes, Dan Moss went close from a corner kick, heading over the crossbar.

A few minutes later, George Ratcliffe was called into action between the sticks, firmly keeping out Nana Boateng’s effort.

Despite their defensive efforts, the Bluebirds were unable to prevent Millwall from breaking the deadlock after 16 minutes. Good play on the right flank allowed the Lions to get the ball into a crossing position, with a dangerous ball delivered across the six-yard box. On hand was defender Alex Mitchell, who was able to turn the ball home to open the scoring for the hosts.

City looked to hit back before the interval, with Keenan Patten seeing a long-range effort held by Millwall stopper Ryan Sandford.

Minutes later, a defensive mix-up almost allowed the Bluebirds to steal in for a leveller, only for Sandford to hastily clear the ball away from danger, sending the two sides in at the break with the Lions on top.

The hosts began the second period on the front foot, and almost scored through Reuben Duncan. The defender went close from a corner, but was ultimately unable to turn the ball home.

However, did Millwall soon double their advantage, finding a second goal just past the hour mark. Sean O’Brien brought down Junior Tiensia’s cross, and fired a wonderful effort past Ratcliffe from the edge of the penalty area.

Faced with a difficult task, the Bluebirds responded well and had several chances in the final twenty minutes. Jack Bodenham almost pulled one back, but saw his header fly narrowly over the crossbar.

Kieron Evans also looked bright, firing a shot on goal from distance which was parried by the Millwall stopper.

Deep into injury time, Evans had another excellent opportunity to halve the deficit, but was again thwarted by Sandford. The midfielder’s strong effort forced a fine save from the goalkeeper, who was able to tip the ball over the bar.

The final whistle sounded shortly afterwards, bringing the match to a close with City on the losing end. The young Bluebirds are next in action on Saturday, facing Colchester United away from home.