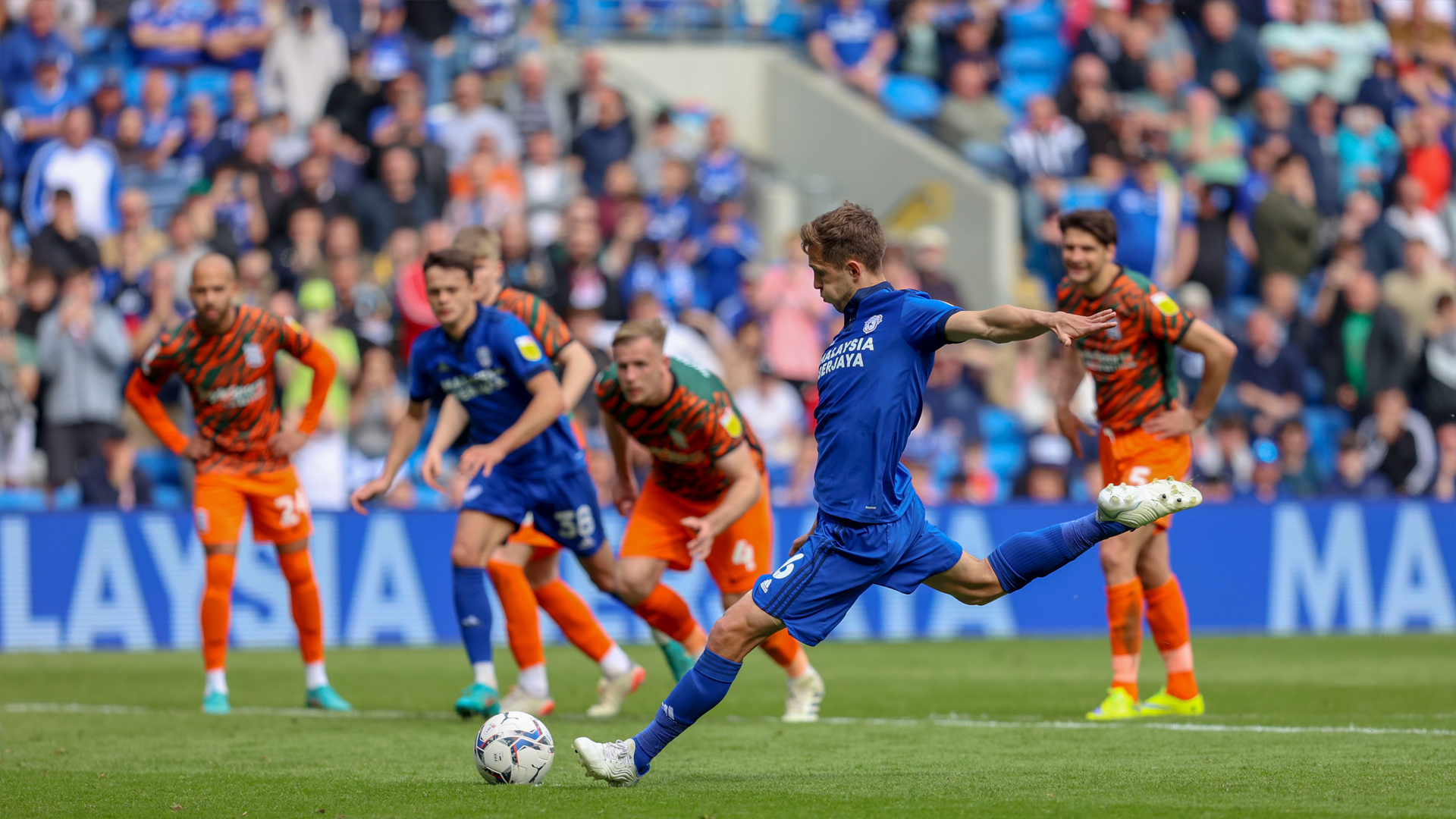 Following City's 1-1 draw against Blues on Saturday afternoon, Will Vaulks spoke to Cardiff City TV to discuss the result.

Having gone behind in the first half following Jérémie Bela's opener, City fought back to earn a point in the final home match of the season, with Vaulks stepping up to net from a late penalty kick.

“I feel like the match went similarly to the season overall, with its ups and downs," began Will. "We were playing much better football today, but we just had to take our chances.

The City midfielder continued by discussing the support that the team has received this season, having applauded the City faithful in attendance at CCS after the final whistle.

“The fans have been brilliant," said the Wales international. "They’ve been patient with us when we haven’t been good enough this year.

“We haven’t given them enough to cheer about, but they turn out in their numbers and support us. The following away from home is different class; every game, no matter how far away it is there’s loads of people there, and they clap us off and support us.

“It’s a great club with a great fanbase, and we should be doing better like I said than it has been this year, but clubs have ups and downs, and the only way is up now, really.”