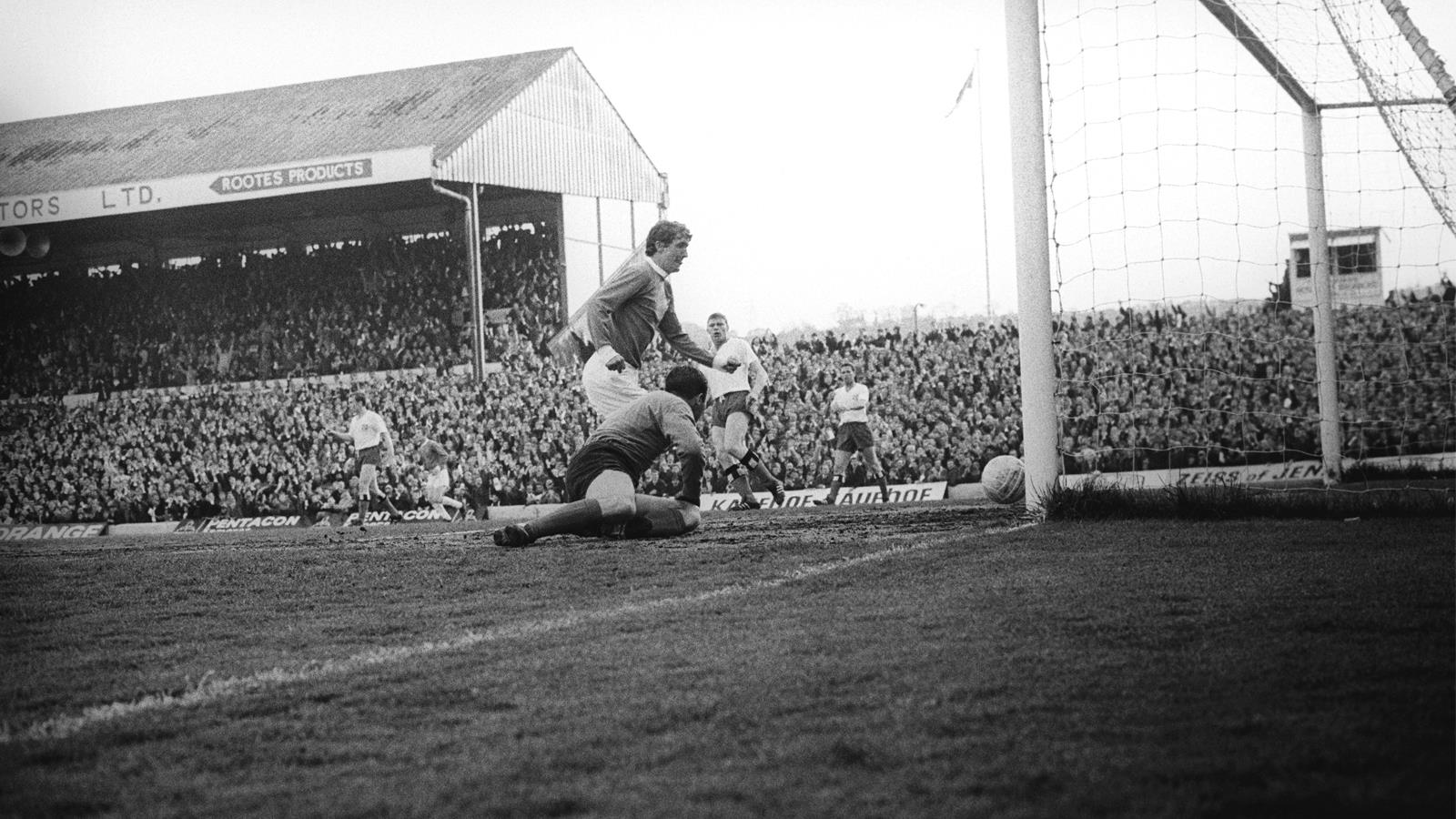 With Cardiff City’s pre-season tour of Germany currently underway, we take a look back at the Bluebirds’ most famous encounter with German opposition.

Get the latest on Day 1 of City's tour to Germany here...

City were a regular fixture in the European Cup-Winners Cup during the 1960s as they qualified for the tournament by virtue of winning the Welsh Cup. Having won that competition five times during the decade they earned many opportunities to test themselves against Europe’s elite.

During the 1967/68 campaign, the Bluebirds were managed by the legendary Jimmy Scoular, who had taken the helm in 1964. City’s European exploits were certainly the main focus of the season as they despatched Shamrock Rovers, NAC Breda and Moscow Torpedo to set up a clash with Hamburger SV for a place in the final of the Cup-Winners Cup.


The Bluebirds line up against Moscow Torpedo at Ninian Park

The semi-final was a two legged affair with the first game taking place in Germany on 24th April 1968. The Hamburg team contained many experienced international players, with German striker Uwe Seeler being the most notable. Throughout his career he netted an extraordinary 404 times in 473 games for Hamburg over a period of nineteen years.

The Bluebirds made a fast start to proceedings in front of 64,410 fans in Hamburg, and were ahead inside the opening four minutes as former Southampton forward, Norman Dean, fired home the early strike. City were on the back foot for long periods after the goal though, as Hamburg launched wave after wave of attacks in an attempt to level the score. It was noted that City’s defence sometimes numbered nine men!

Cardiff keeper, Bob Wilson, was in inspired form and made a raft of spectacular saves to preserve the lead as the teams left the field for the interval. He was finally beaten with twenty minutes to play when Hamburg’s Helmut Sandmann shot past him. City did not buckle, however, and held on to leave Germany with a very impressive 1-1 draw.

THE SECOND LEG The second leg, at Ninian Park, took place on 1 May 1968 and drew a crowd of 43,070 fans, the vast majority of whom were desperate to see the Bluebirds reach their first European final. Once more, City made a fast start as Malcolm Clarke galloped down the wing and set up another goal for Dean.

Yet the lead didn’t last long as Hamburg equalised five minutes later through Franz-Josef Hönig. The game was in the balance now but it was Hamburg who seized the initiative. Seeler finally made his mark on the contest when he majestically arrowed a shot into the the top corner to give his side the lead.


Nine City players get back to defend a Hamburg free-kick

Then, the Bluebirds abandoned caution and threw everything at their opponents. Their equaliser came with around ten minutes to go and from an unlikely source. The versatile Brian Harris was the man to spark jubilation from the crowd as he scored his first goal for City after eighty-eight appearances.

It was not to be for City, however, as their dreams were dashed just two minutes from time. Hönig let fly with a speculative effort from thirty yards out and Wilson, so often the hero during the tournament, was unable to keep it out and let the shout squirm under his body into the back of the net.

Cardiff City lost 3-4 on aggregate but could be immensely proud of their achievements in getting so far. Hamburg went on to lose the final in Rotterdam on 23 May 1968, going down 2-0 to AC Milan.

Keep up with all the action from City's pre-season tour to Germany, including live broadcasting, on Cardiff City Player HD.