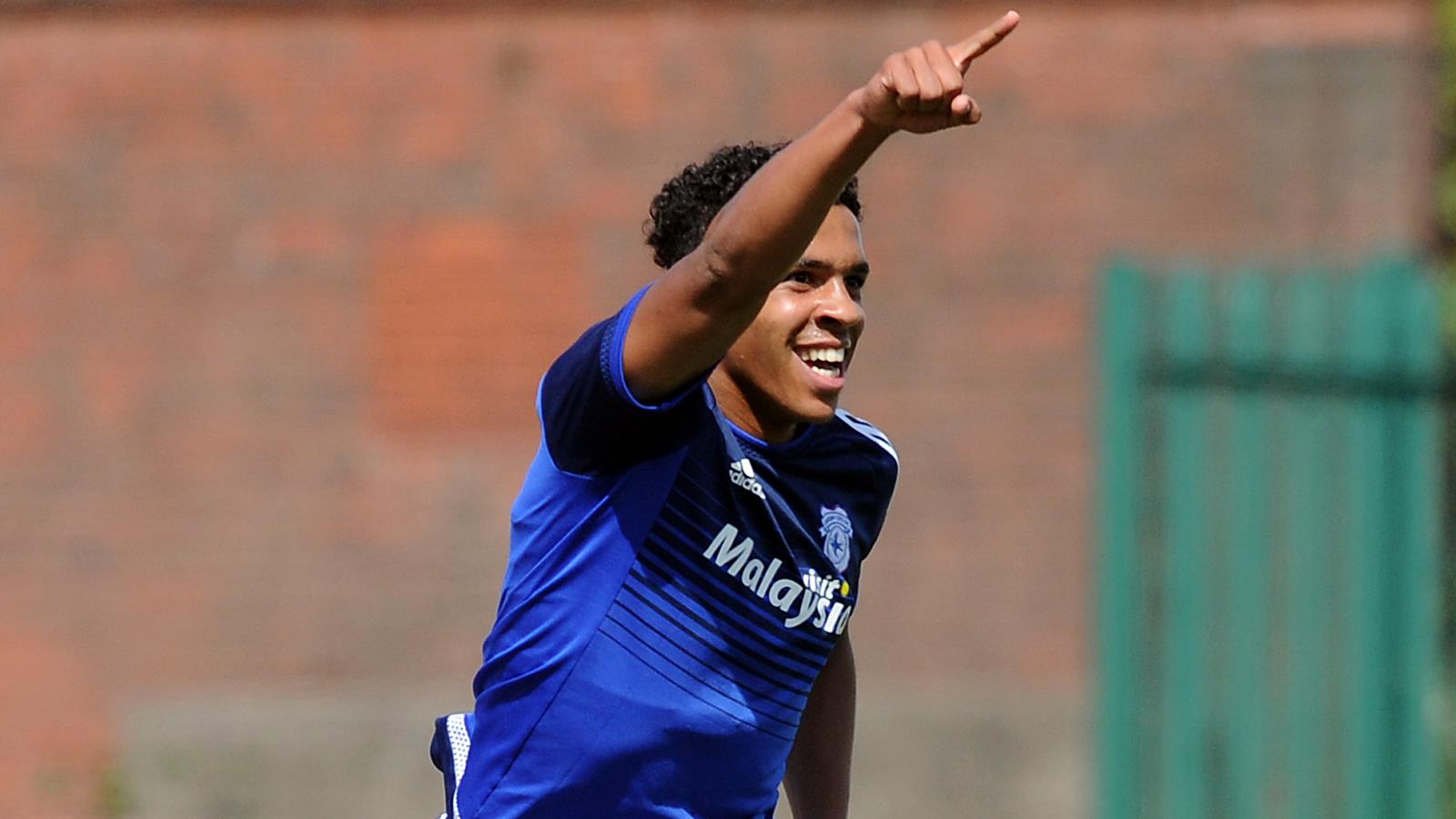 Cardiff City’s U21 development side put on impressive showing as they defeated Barry Town United 5-1 in an enjoyable pre-season game at Jenner Park, with Rollin Menayese, Jarrad Welch and Marco Weymans (3) getting on the score-sheet.

The Bluebirds were in the ascendancy from the kick-off. Dylan Rees was denied early on, before the young defender assisted Marco Weymans to give Cardiff the lead after 14 minutes.

Weymans could have had another inside a minute, but his powerful shot from range was stopped by Town keeper and former Bluebird Joe Massaro.

Town defender Bobby Briers levelled the game up after 25 minutes from the spot, after James Dixon was taken down in the penalty area.

In the minutes proceeding, Barry pressured and had two chances to take the lead, one from Rhys James and the other from James Dixon, both saved well by Luke O’Reilly in the Cardiff goal.

After overcoming intense pressure from the hosts, it was the Bluebirds who took the lead before half time, with a Rollin Menayese towering header finding its way past the keeper.

Cardiff even had time to add a third in first-half stoppage time, with Weymans getting his second goal after a goalmouth scramble, giving the young City side a two-goal cushion going into the break.

Kevin Nicholson’s men started the second-half how they finished the first, with Weymans claiming the match ball on 50 minutes, making it 4-1 and seemingly putting the game out of Barry’s reach.

City ended the match with a flourish, as substitute Jarrad Welch hit a brilliant strike from distance to give the U21/DVP side an impressive 5-1 victory under the Barry sun.