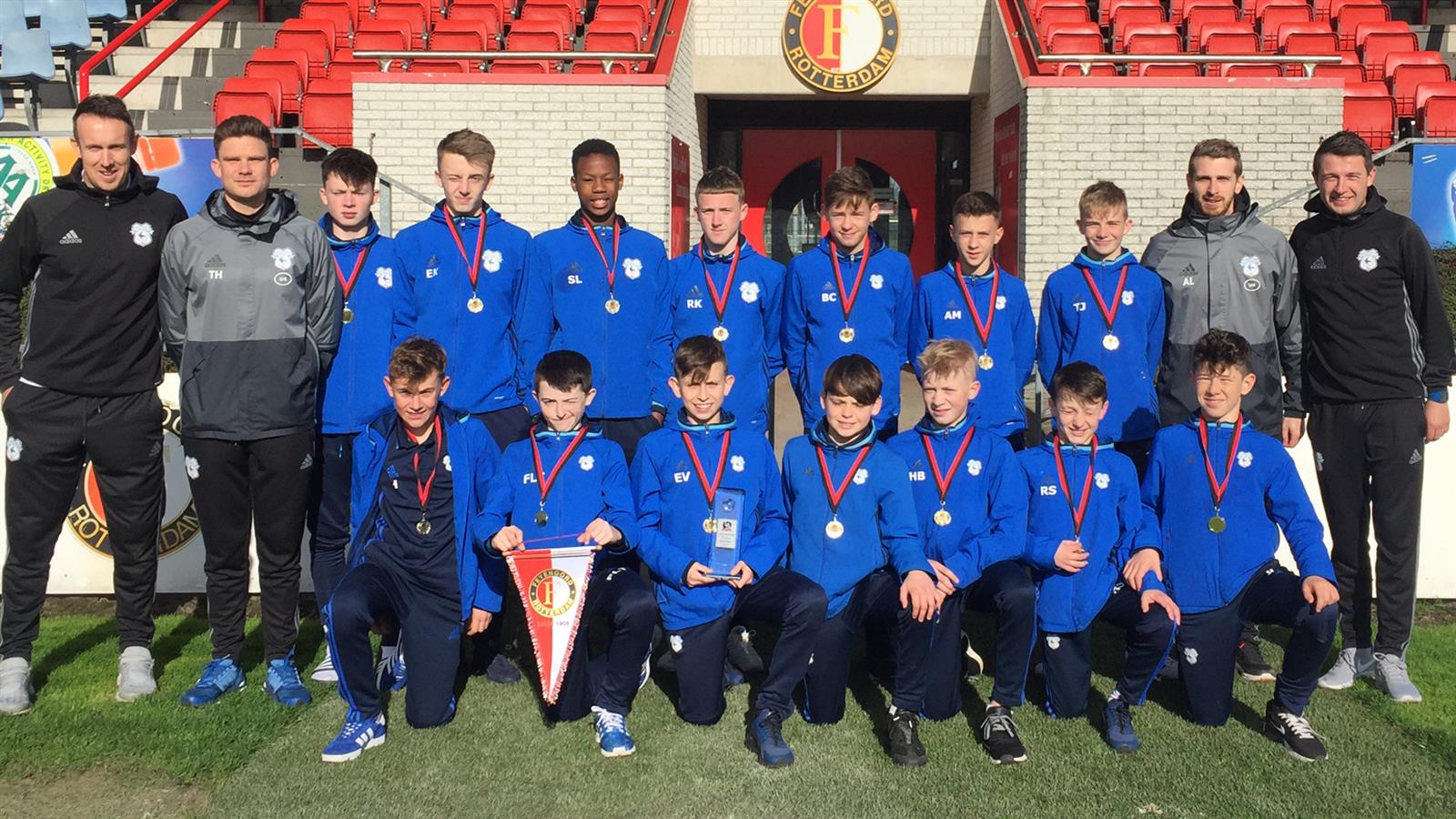 In late March, a squad made up of Cardiff City Academy's U13 and U14 players triumphantly returned from a trip to the Netherlands with the Rotterdam International Cup.

This competition saw the young Bluebirds test themselves against Professional Football Academy setups from across Europe. The team explored some of the fascinating sights of Rotterdam on arrival, visiting the “De Kuip” Arena, home of the Eredivisie League leaders, Feyenoord.

The squad made a positive start to the tournament, coming out quickly to score in the first eight seconds through striker Siyabonga Ligendza, against Polish side Stadion Slavski. City went into the first match full of confidence and it showed, with Ryan Kavanagh supplying an expert cross for Jac Clay to secure a 2-0 victory.

A tougher contest came next, against hosts Feyenoord. The Bluebirds fell behind to a quick counter attack before Ligendza was again on hand to tap home another effective cross from Kavanagh. The hosts managed to restore their lead early in the second period with another piece of incisive attacking play before Rhys Schwank was brought down with ten minutes to play, allowing captain Eli King to confidently convert from the penalty spot.

With a 2-2 draw and the point secured, City required a win in their final tournament fixture to secure the trophy. A second half treble of goals from Schwank, Kavanagh and Frazer Thomas saw the young Bluebirds win in a difficult match with fellow Welsh side, Newport County, clinching the Rotterdam International Cup in the process.

It was celebration time for the young Bluebirds soon after, with team captains Eli King and Ethan Vaughan collecting the Rotterdam International Trophy on behalf of the team.

Lead Youth Development Coach, Dane Facey, shared his thoughts on an important lesson for the young Academy players, stating: “Playing foreign opposition, is a vital part of the development of our young players in the Academy. Adapting to different climates and adjusting to a variety of styles of play on the continent can only help improve our players. It’s great for us to see our groups interact socially and test our playing philosophy in a competitive environment. Everyone at the Academy is extremely proud of the group’s achievement.”