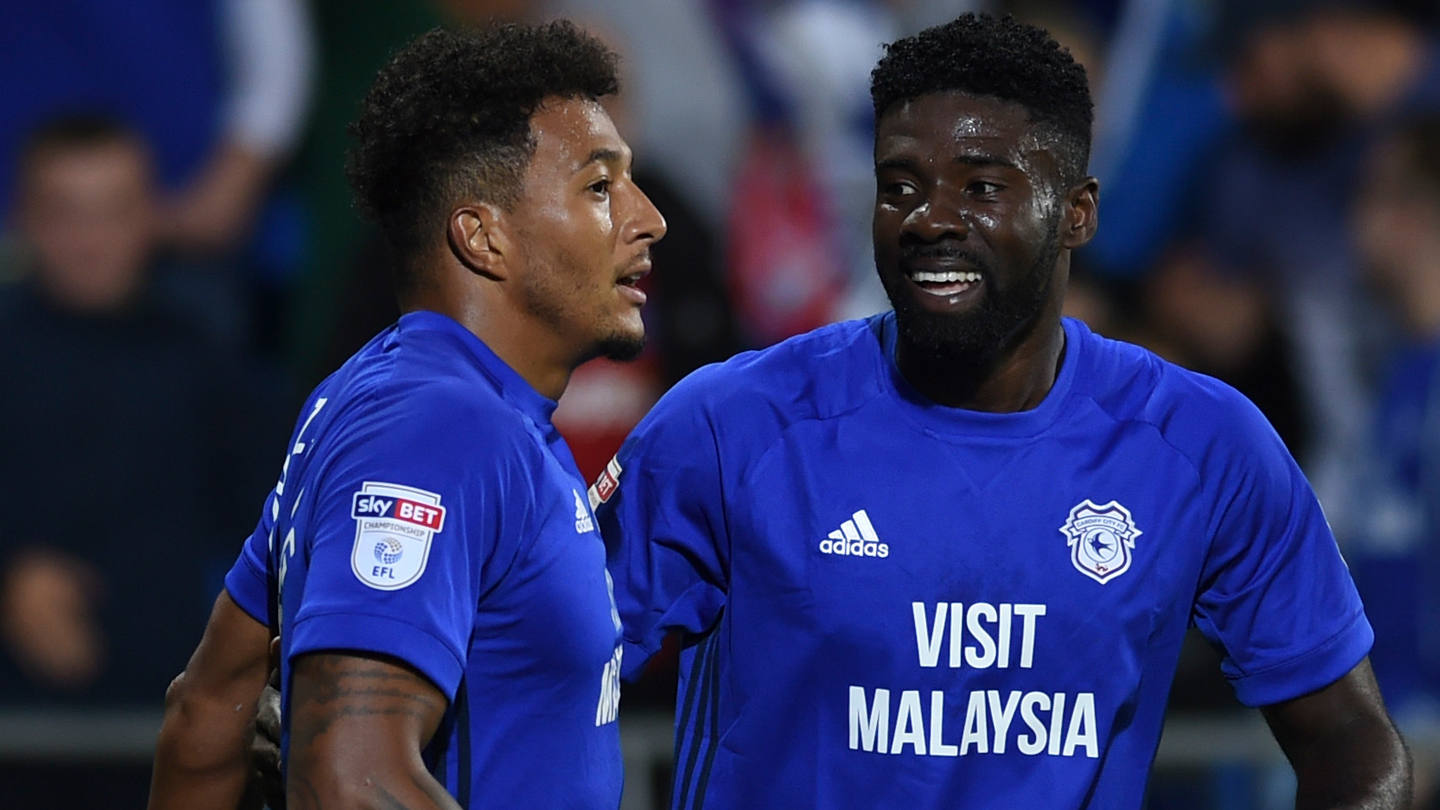 Bruno: We play for our fans

Bruno Ecuele Manga has spoken ahead of the Bluebirds’ Sky Bet Championship clash with Reading at Madejski Stadium.

Now in his fourth season at Cardiff City, the defender has been exceptional at centre-half – or right-back - when called upon to play there by Neil Warnock.

And with 16 appearances to his name already this term, the Gabon international has reflected on a thriving team-spirt and will to win as being central to the squad’s progression.

“We’ve had a good start to the season and the team is feeling good,” Bruno began. “The spirit between the players and manager is strong, which is one of our strengths.

“The goal for us, of course, is to keep winning and see where we are at the end of the season. We take it one match at a time, so defeating Reading is our current concentration.”

Wolves’ 0-0 draw with Sunderland on Saturday means the Bluebirds can move back to within two points of the leaders should they take the Royals scalp on Monday evening.

Perhaps more importantly, it would see Neil Warnock’s side stretch the gap between themselves and third-placed Bristol City to six points.

Over 1,200 City fans are expected to be in Berkshire for Monday night’s 8pm kick-off (listen live on iFollow) and it’s not something that goes un-noticed by Bruno and his team-mates.

“Wolves are a very good team but we’re not far behind them in second,” Bruno reflected. “We’ll try to capitalise on any errors that they make.

“I came to Cardiff City to play in the Premier League so I hope we can get there. To achieve that we have to be focused because anything can happen.

“We play for our fans. When they get behind us, it motivates us to do well on and off the pitch.”

Tickets for City vs. Hull City (Saturday, 16th December) are available from the CCS Ticket Office, by calling 0845 345 1400 or clicking here