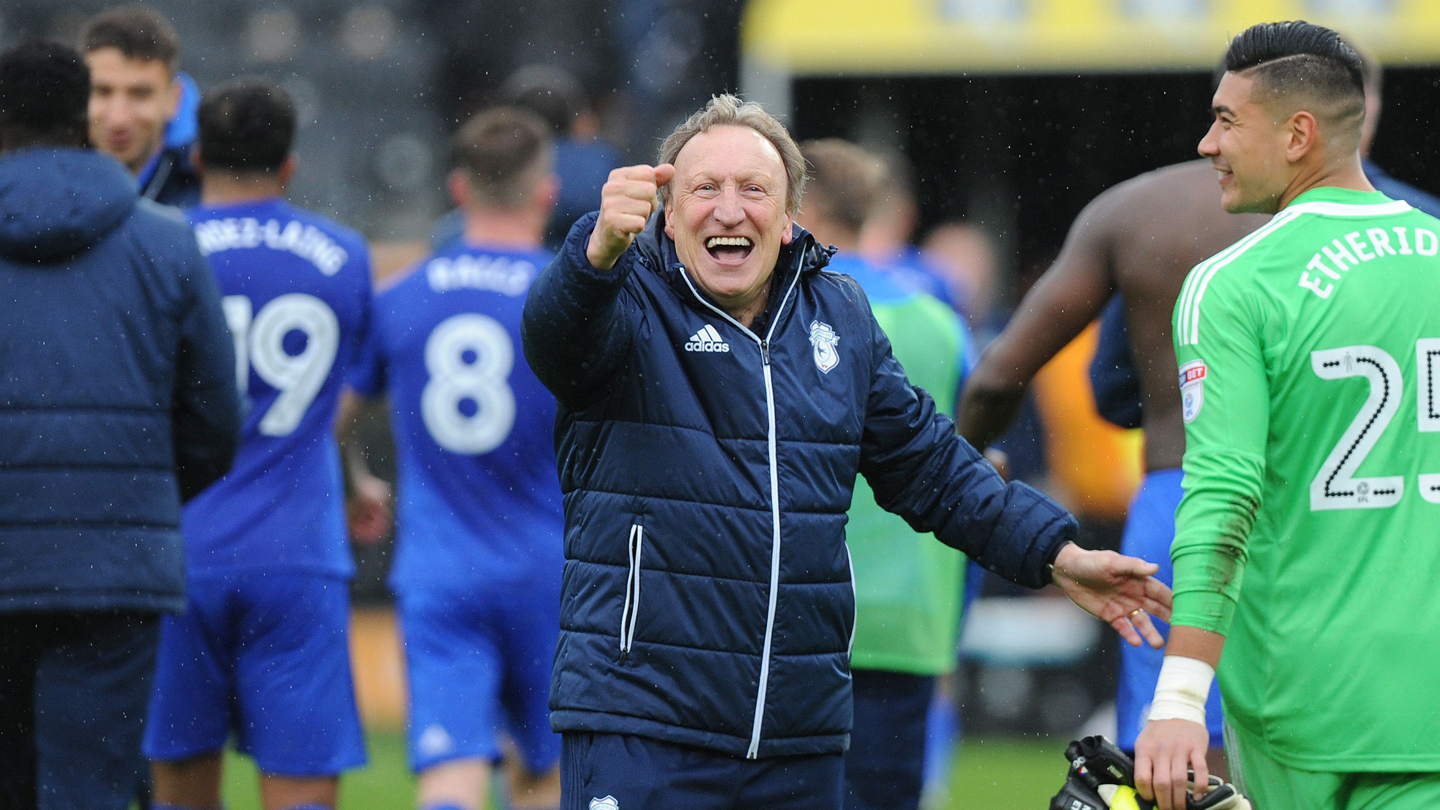 Neil Warnock praised his players following the 2-0 victory at Hull City on Saturday, saying: “It’s great to be their manager”.

Sean Morrison’s brace at the KCOM Stadium lifted the Bluebirds back in to second spot with one game left to play.

And before all eyes turn to next Sunday’s huge fixture with Reading, the Gaffer took time to acknowledge the work done in North Yorkshire this weekend.

“I know I say it a lot, but this is a great bunch of lads,” said Neil. “We’re not going away, are we? We’re like a rash. They don’t know when they’re beaten: they get knocked down and then get on with it. It’s great to be their manager.

“We just keep going. This is a good group and at this stage of the season [you’re going to have] hard games. It’s all about the result.

“I thought we did well today; I don’t think Neil [Etheridge] had a save to make, even though they played quite well. I think we could have scored more, but [Allan] McGregor made some great saves.”

Morrison’s goals – the first a trademark header, the second a touch of class in the penalty-box – were the Skipper’s sixth and seventh of the campaign.

The Manager has rightly lavished his captain’s performances with regularity this season, but on this occasion, Neil’s reaction was more of disbelief following the uncharacteristic nature of the second goal.

“I was asking myself what he was doing with us 1-0 up [and defending a lead], but he obviously saw that it was on. Incredible.”

The stakes couldn’t be higher, especially with the Royals and Blues needing points of their own to ensure their place in the division for next season.

Looking ahead, Neil stated: “We’ve both got hard games. Birmingham and Reading both lost today so they both need a point.

“But it’s nice to have it in our own hands and Sunday will be a massive day for everybody involved with the Club. It’s a happy club now.

"I thought the fans today were brilliant and that long journey back home will be just that little bit better for them tonight.”