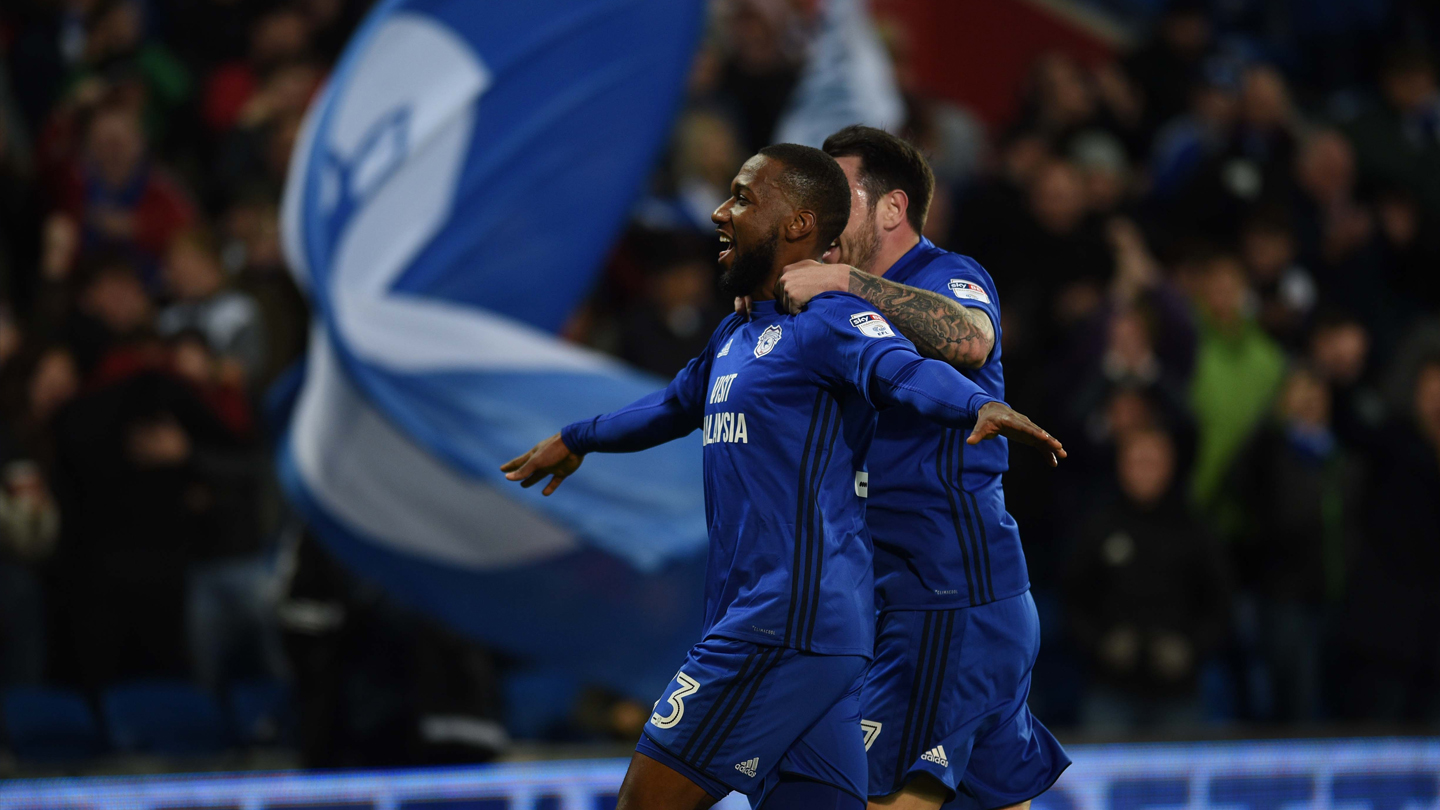 Cardiff City started brightly as Nathaniel Mendez-Laing, who returned to the side following injury, saw his cross from the right deflected wide for a corner with just 16 seconds played. Joe Bennett’s resulting set piece was headed clear by the Norwich defence.

Neil Warnock’s side continued to move the ball around well in the opening period and almost broke the deadlock after 15 minutes. Junior Hoilett played through Danny Ward but the former Rotherham man saw his shot blocked inside the area.

The Canaries had a chance of their own two minutes later. However, Neil Etheridge comfortably deal with Grant Hanley’s header from 10 yards out.

Daniel Farke’s team continued to press for an opening goal and would’ve had a clear-cut opportunity if not for some timely defending from Sean Morrison. With 34 minutes gone, Nelson Oliveira broke in behind but the City skipper slid in superbly before the striker could pull the trigger.

With three minutes left until the interval the away side were rewarded for their persistence. A dangerous Norwich City corner was cleared out of the area before Marco Stiepermann drilled home a left footed half-volley from range to make it 1-0.

The Bluebirds brought on Lee Tomlin and Omar Bogle at the start of the second half. Both players were involved as the home side won a corner three minutes after the restart. Morrison’s resulting header was then tipped over by Angus Gunn.

Warnock’s men began the fightback as they were awarded a penalty after 49 minutes. The referee spotted pushing in the box as a City corner was swung in. Joe Ralls stepped up and calmly dispatched the spot-kick to level the scores.

With the home support in full voice, Ralls could have got his second of the evening. After several deflections in the box, the midfielder drilled an effort against the woodwork from six yards out.

However, it didn’t take long for City to take the lead. Hoilett reacted brilliantly to Loïc Damour’s blocked shot and stunningly volleyed the Bluebirds ahead from inside the box just after the hour mark.

Chances continued to come for both sides and Josh Murphy almost levelled the match after soon later. The lively winger fired towards goal but Etheridge pulled off a marvellous save at his near post.

Five minutes later Cardiff City were awarded another penalty. Tomlin was brought down by Gunn inside the area as Ralls stepped up for his second spot-kick. The 24 year old was denied a brace though, as his low effort was saved by Gunn.

The Bluebirds soon put the game out of sight though as they made it 3-1. After a sensational piece of skill from Tomlin, Callum Paterson’s low cross from the right was clinically buried by substitute Bogle.

The 3-1 home victory was the Bluebirds tenth home league match unbeaten, as they cut the gap with first-place to just one point.