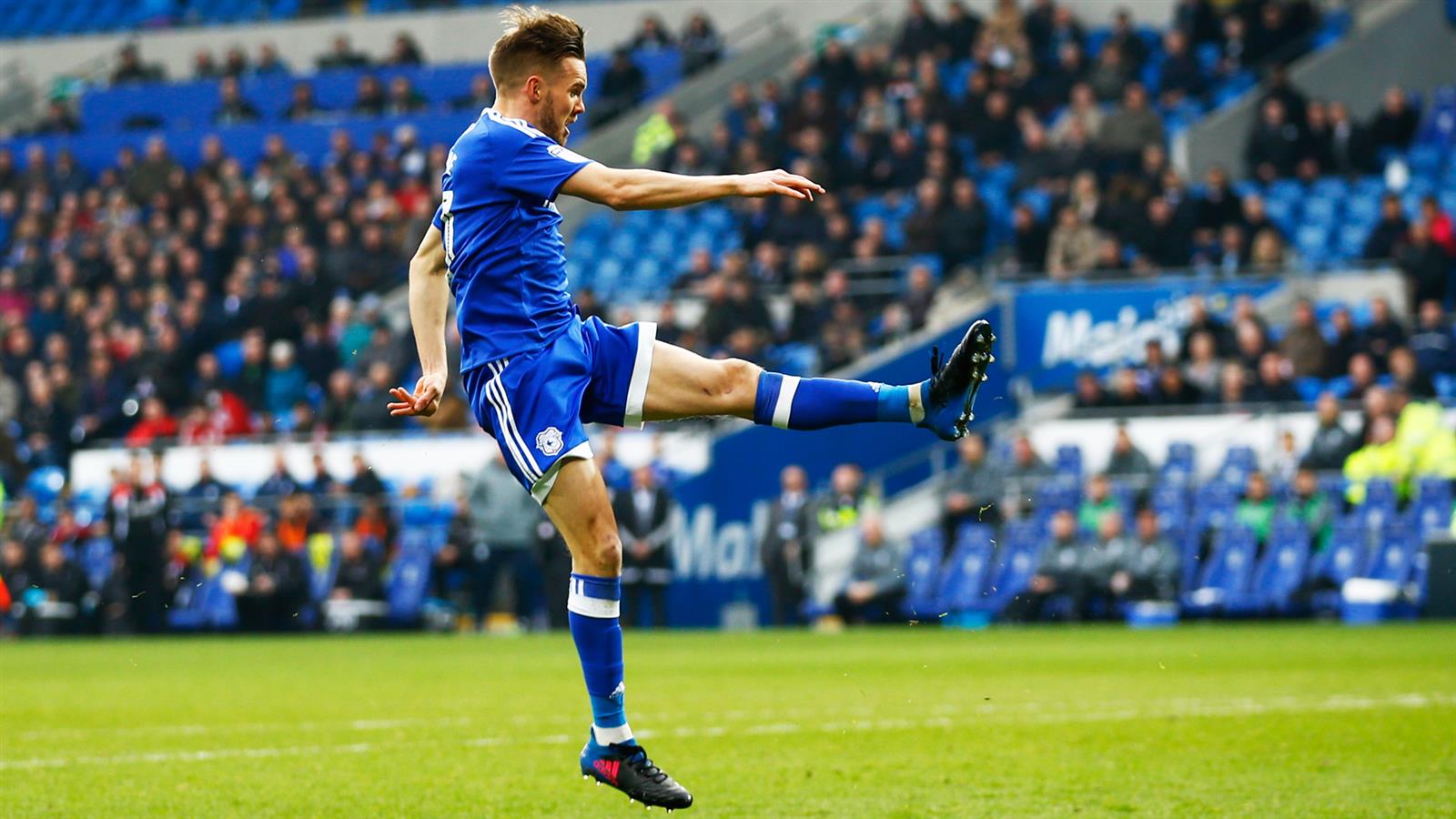 NOONE: "THE DRESSING ROOM IS IN A REALLY GOOD PLACE"

Craig Noone was one of the standout players in Cardiff City's 5-0 dismantling of Rotherham United on Saturday. The winger grabbed the third of the afternoon with a magnificent scissor kick and has enjoyed a good run in the team of late, starting in each of their last three wins.

Shortly after the final whistle, Craig offered his thoughts to the assembled press and media.

“That was probably our toughest game of the three today," began Craig. “We were expected to win and that’s always difficult but we made it quite easy for ourselves.

“We set our stall out early on and went about the game in the right manner; it was great personally to get on the score-sheet as well."

Craig added his thoughts about the manager Neil Warnock on both his performances and the team in general.

“It was hard when the gaffer first came in because I was in and out of the team but I’ve done well in the last three games and I feel like he’s put a lot into me to get the best out of me.

“He’ll tell you straight and how he sees it and that’s the type of character he is. He’s put a lot of faith in me and given me a lot of confidence, especially since January. From then on I feel like I’ve been doing well and that I can only get better.

“Personally, I’ve seen a lot over the four or five years I’ve been here but the club and the dressing room is in a really good place now. He’s got the players in a happy mood and the fans were singing his name today so they’re obviously behind him.

“It must be special for him, he’s got us playing well and getting results which is the main thing.”