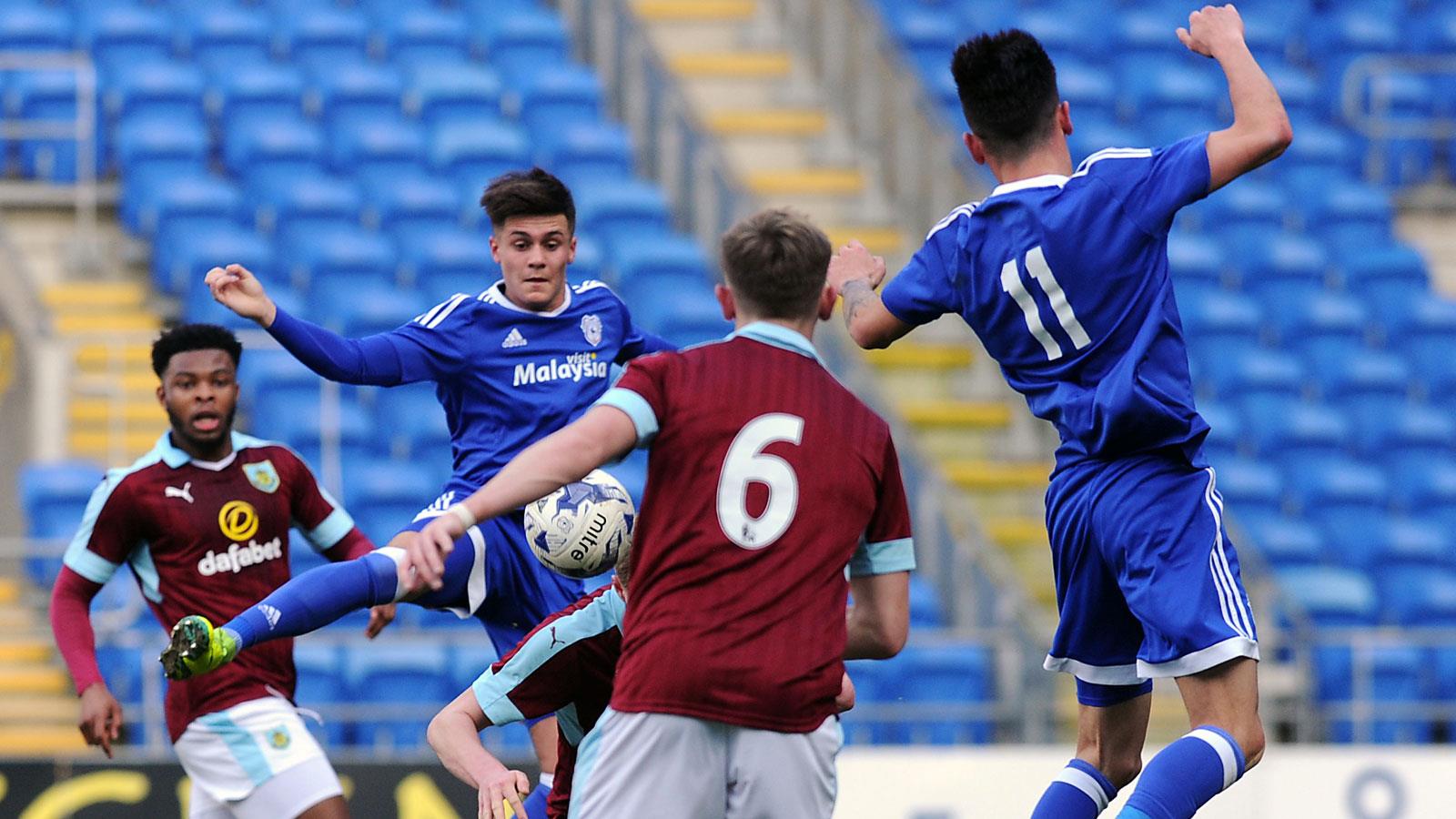 
Cardiff City’s U23 Development side put in a determined and spirited performance to come-back and win from behind when they hosted Burnley at Cardiff City Stadium on Monday, 13th February in the Premier League Cup.

The opening five minutes of the game summed up the competitive nature of this cup tie, with hard tackles being made by both teams. James Waite had a penalty appeal rejected as he seemed to be brought down inside the Burnley box early on.

Burnley captain Arlen Birch proved himself to be a dangerous weapon for the visitors with his long throw and Cardiff were caught out by this as he launched the ball into the area, it wasn’t cleared and the ball fell to Tommy Wood who lashed the ball into the goal to put the Clarets ahead.

The away side continued to threaten from set pieces as Jimmy Dunne directed a header towards goal from a corner. It would've have nestled in the bottom corner had Waite not superbly cleared off the line.

With pace in their attack, Burnley’s strike partnership of Wood and Dan Agyei combined twice to test Cardiff ‘keeper Ben Amos but he was more than up to the challenge, pulling off a variety of great saves to keep Cardiff in the game in the first half.

Cardiff’s best chance of the first half came from a free kick from out wide. Captain Jamie Veale tried to catch away ‘keeper Conor Mitchell off guard as his high, looping effort struck the bar.

As the first half went on it became more and more of a close contest, Cameron Coxe and Marco Weymans both went extremely close with long range efforts.

Coxe came desperately close to producing a wonder strike in the second half as the overlapping full back cut inside off of the right wing before curling the ball with his left just over the top left corner of the Burnley goal.

Finally, the breakthrough for Cardiff came just after the hour mark as Waite fired a shot towards goal that struck an outstretched defender’s arm and the referee pointed to the spot. Up stepped captain Veale to take on the responsibility and he didn’t disappoint, calmly firing the ball hard and low into the goal to level the score.

Then, the pass of the game was played by Weymans as he sliced the opposition defence apart with a precision through ball to Waite. The young City midfielder showed great composure in cheekily placing the ball between Mitchell’s legs to put the Bluebirds ahead.

That goal completed an impressive comeback for the hosts in a hotly contested and well-fought victory.