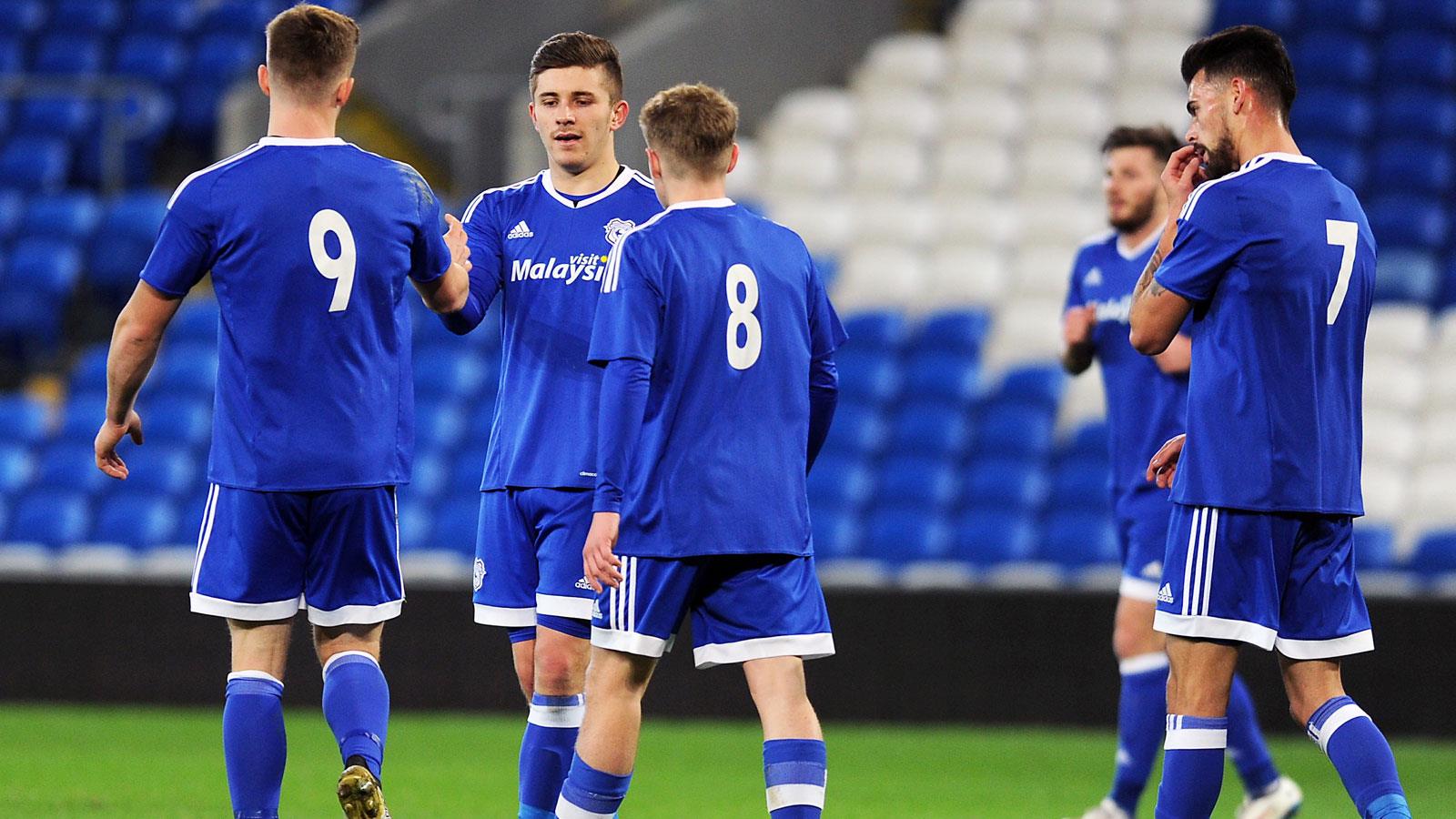 Cardiff City’s U23 side eased to a comfortable 3-1 victory over Ipswich Town’s U23s in PDL action at Cardiff City Stadium on Monday evening.

Ipswich Town nearly went ahead in the opening minute. Monty Patterson broke through and almost caught the City defence out cold, but Ben Wilson expertly saved to avoid an early setback.

The visitors continued to control early proceedings, but the Cardiff defence held firm and prevented Ipswich from having any more clear-cut opportunities. Semi Ajayi and Cameron Coxe, the City central-defensive duo, were there to stop anything the Tractor Boys had to offer.

It was the home side who looked the more likely to make the breakthrough following the opening exchanges. Declan John saw his free-kick deflected wide, whilst Jamie Veale’s free-kick hit the side netting.

Cardiff continued to mount pressure, and Rhys Healey was unfortunate not to open the scoring when his low shot was smartly saved by Michael Crowe in the Ipswich goal. Healey then had another shot from a similar angle, which was also kept out well by the Town stopper.

It was third-time lucky for the Bluebirds No. 9 after 27 minutes. Healey's first effort was parried by Crowe, but the former Newport County loanee smashed in the rebound to give Cardiff a deserved lead.

Shortly before half time, Macauley Southam jinked his way through the visitors’ defence, and his low cross was nearly turned into the net by an Ipswich defender. That was the last meaningful attack of the first half, as Cardiff went in ahead at the break.

The Bluebirds made a half-time change, with 16-year-old schoolboy Sion Spence making his second CCS appearance, entering the match at half time - and City started the second half in high-octane fashion.

It didn’t take long for Cardiff to break through again, as Waite doubled the Bluebirds’ lead with a smart finish in the box just two minutes after the interval.

Despite the hosts looking in control, Ipswich pulled one back just five minutes later, with Monty Patterson striking in from close range.

Cardiff didn’t let that setback faze them though, and they continued to knock the ball around well, with Matty Kennedy looking dangerous on the left-hand side.

The winger then went close himself, as his wide free-kick missed everyone in the box, hit the post and rebounded out after 68 minutes.

Ipswich huffed and puffed but failed to get past Cardiff’s resolute defence. Wilson smothering the ball when a Town attacker broke into the area after 73 minutes, but City survived the scare.

As the minutes ticked by, Ajayi and Spence went close as Cardiff pushed to put the game to bed. Then, with fourteen minutes left, the Bluebirds made it 3-1, as Kennedy superbly fired in a free-kick from distance.

City controlled the latter stages of the game, and were well worthy of their comfortable victory at Cardiff City Stadium.