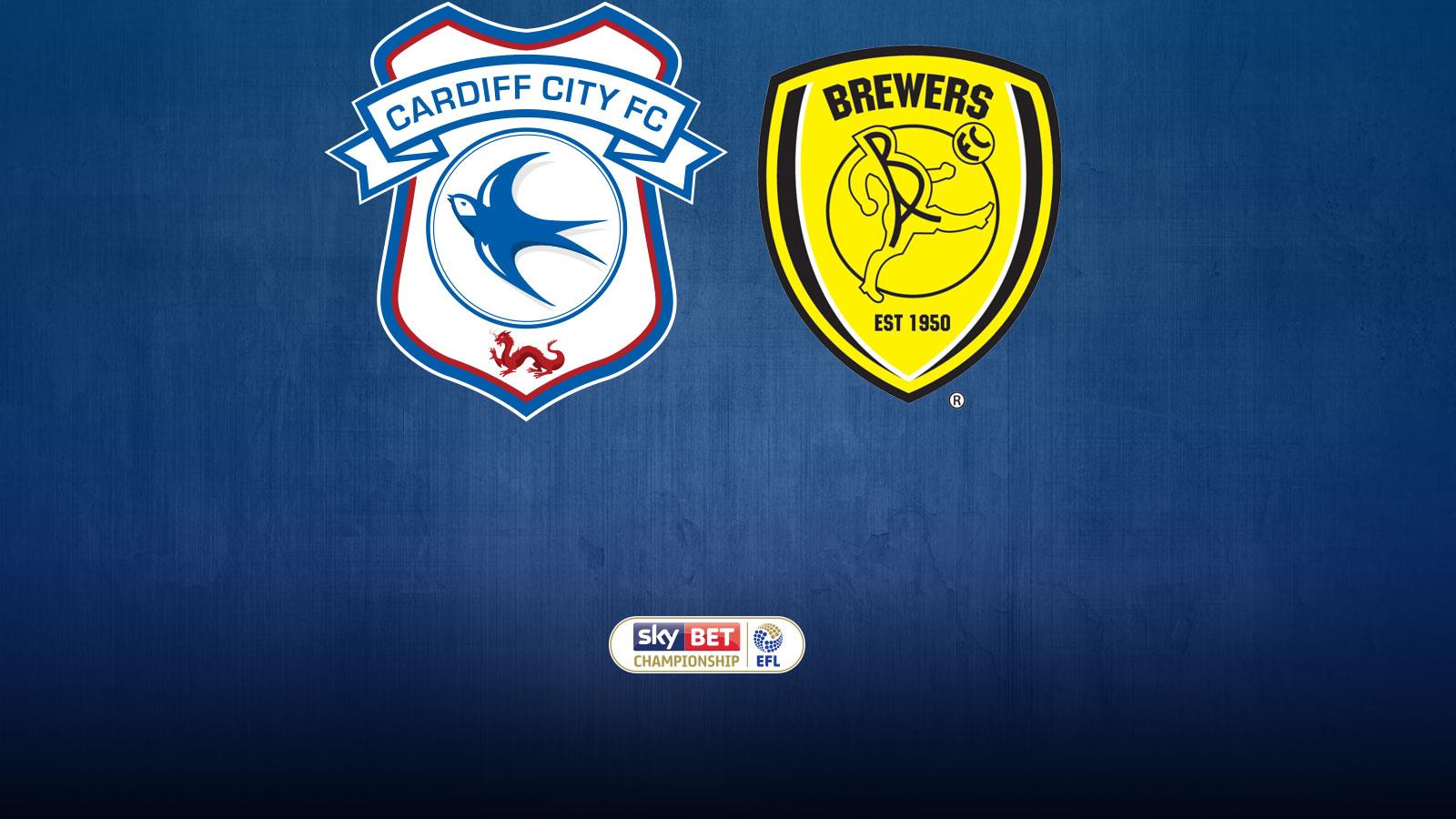 The Bluebirds will be looking for a third consecutive league win following their sensational 3-2 Severnside Derby victory over Bristol City last weekend.

Looking over their recent form, the Brewers ended 2016 in encouraging fashion, with a 2-1 away win over Rotherham United. However, since then they have lost their last two Championship fixtures.

They welcomed Preston North End to the Pirelli Stadium in early January and lost 1-0, thanks to a strike from Tom Clarke. Clough's men had a chance to make amends with another home match, this time against Wigan Athletic, but went down 2-0 to the Latics.

The Brewers have been busy in the January transfer window in a bid to bolster their ranks. Strikers Marvin Sordell and Luke Varney have arrived to add extra fire power up front and midfielder Luke Murphy has joined on loan from Leeds United.

Bluebirds boss, Neil Warnock, took charge of the Brewers in 1981 in the second job of his managerial career, following a spell at Gainsborough Trinity. Neil remained with Burton for five years before leaving to join Scarborough.

Centre back Ben Turner left the Bluebirds for Burton in the summer of 2016 and has been a key part of the Burton defence since then. Ben will always be best remembered by the City faithful for scoring a 118th minute equaliser against Liverpool in the 2012 Carling Cup Final.

Other players to represent both the Bluebirds and the Brewers include John Brayford and Scott Malone.

The first ever meeting between the two sides took place in the League Cup on 11th August 2010. The game was tightly fought in ninety minutes but the Bluebirds ran away with it in extra time, winning 4-1.

City opened the scoring in the 17th minute when Peter Whittingham sent in a dangerous cross from the left hand side that that was finished by Jay Bothroyd from close range. The home side were not ahead for long; however, as Burton responded almost immediately through a Shaun Harrad goal.

The Bluebirds were too strong for the Brewers after extra time with Ross McCormack scoring two quick goals to put his side in a commanding position. Jason Koumas then set up Michael Chopra who fired home to make it 4-1 to City and book their place in the Second Round of the competition.

LISTEN: Supporters can listen in live on Cardiff City Player HD* for all the action from City vs the Brewers.