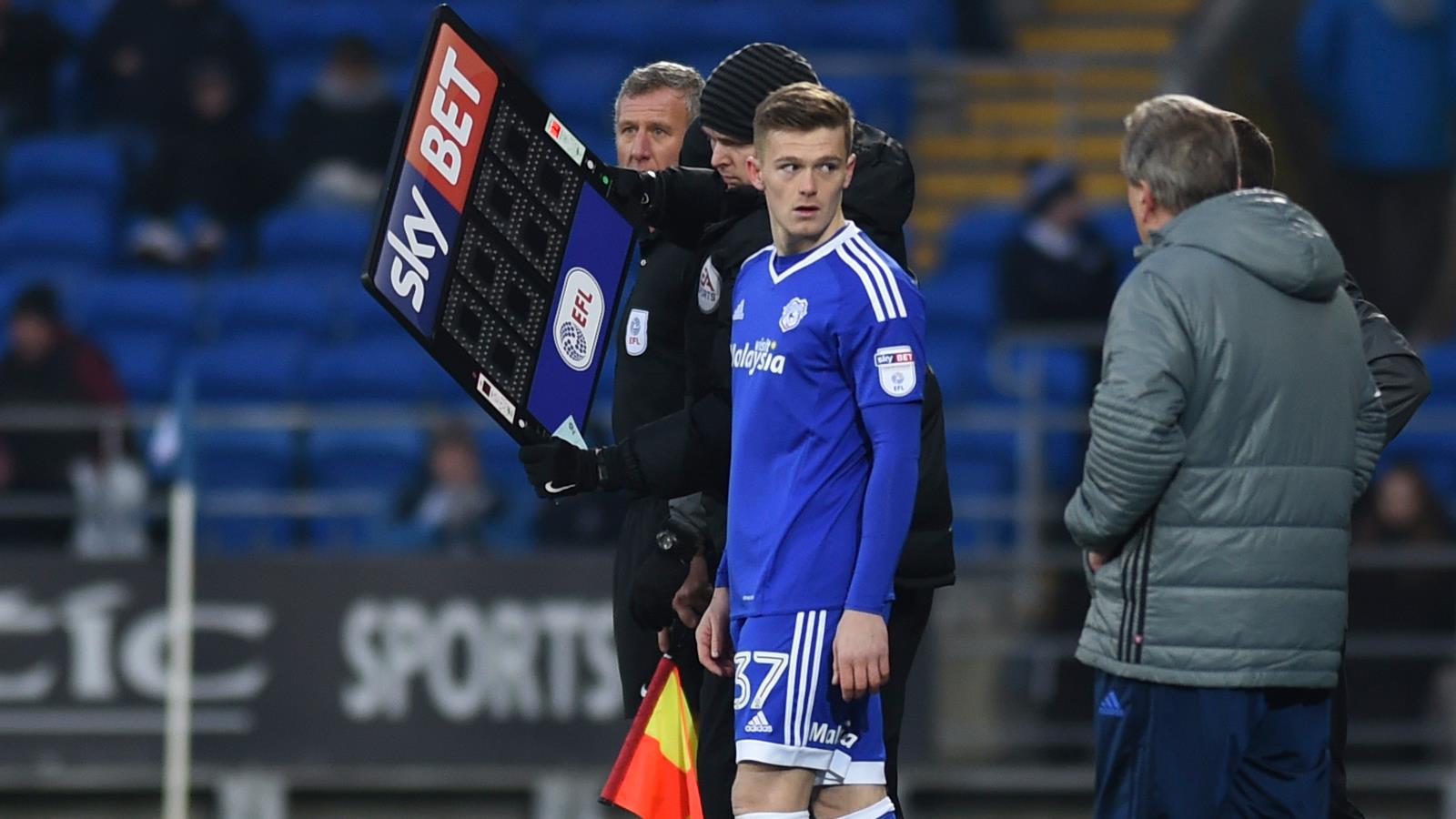 The young forward entered the fray ten minutes from the full-time whistle and, once the game had gone into added time, nodded home his first ever City goal to secure all three points.

Shortly after the final whistle, Cardiff City manager Neil Warnock offered his thoughts to the assembled press and media.

“That’s probably the best three points since I’ve been at the club”, began Neil. “We’ve had some good derby victories over Bristol City but these type of wins are the best wins ever as a manager.

“The pressure was on us a bit as we had to win the game today. To get the goal in the way that we did was fantastic and you can see what it meant to us. The celebrations were great.

“I thought the lads at the back did well today, [Lee] Peltier was on his game, the two centre halves were magnificent and [Allan] McGregor looked really reassuring at the back. He looked confident and he’s just glad to be playing really.

“It was a real war of attrition; Burton were fighting for their lives but we managed to get the result. It’s onwards and upwards for us now hopefully.”

“Rhys has been doing well in training and made himself a real nuisance,” added Neil. “We told him to make runs in behind the defence and he was definitely a threat.

“It’s fabulous for him to get his first goal, as he’s worked hard this season. I certainly had no quibbles about putting him on today and he put their big centre halves under pressure.

“He’s a confident lad and that goal will have given him a real boost.”