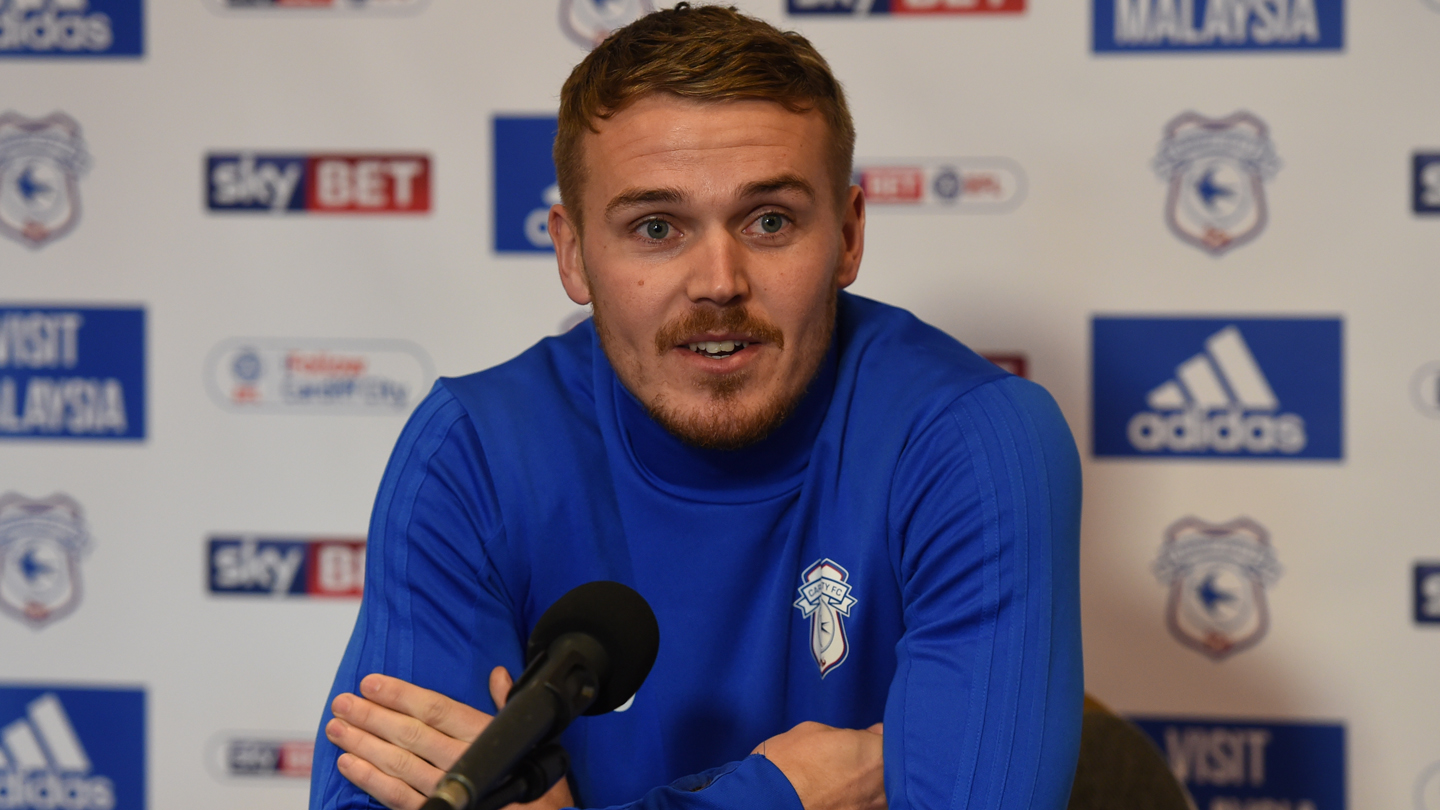 Danny Ward was on pre-match press conference duties on Friday morning, ahead of this weekend’s clash away at Nottingham Forest.

The forward began by reflecting on Tuesday evening’s victory over Barnsley, explaining that the qualities shown at Oakwell will stand the Bluebirds in good stead this term.

“It was one of those games where we had to keep scrapping, keep fighting and we got our reward at the end of it,” he began.

“It wasn’t easy, but they’re the type of victories that keep you up there and give you a great chance. We take great confidence in that - we know that if we keep fighting, keep battling, we’ll get our chance.

“I don’t think we’re scared of any team. Obviously, you’ve got to respect them as there are good sides in the Championship.

“I’m really looking forward to the game. On our day we can beat anybody. It will be a tough one but if we keep battling and working hard we’ll get chances - it’s up to us to stick them away.”

The 25 year-old scored his third goal of the league season against Brentford last weekend, and shared how pleased he is with his recent opportunities in the City squad.

“Every chance that you get to be in that starting eleven is great,” he continued. “And it was nice to get on the score sheet again last weekend. If I’m involved on Sunday then I’ll try and make sure that I do my job for the team and we get three points.

“Coming off the back of two victories. We’ve just got concentrate on our own jobs, making sure that we do everything right, and I’m sure that will be enough.”

Watch more from Neil Warnock and all the pre-match build-up on iFollow Cardiff City...