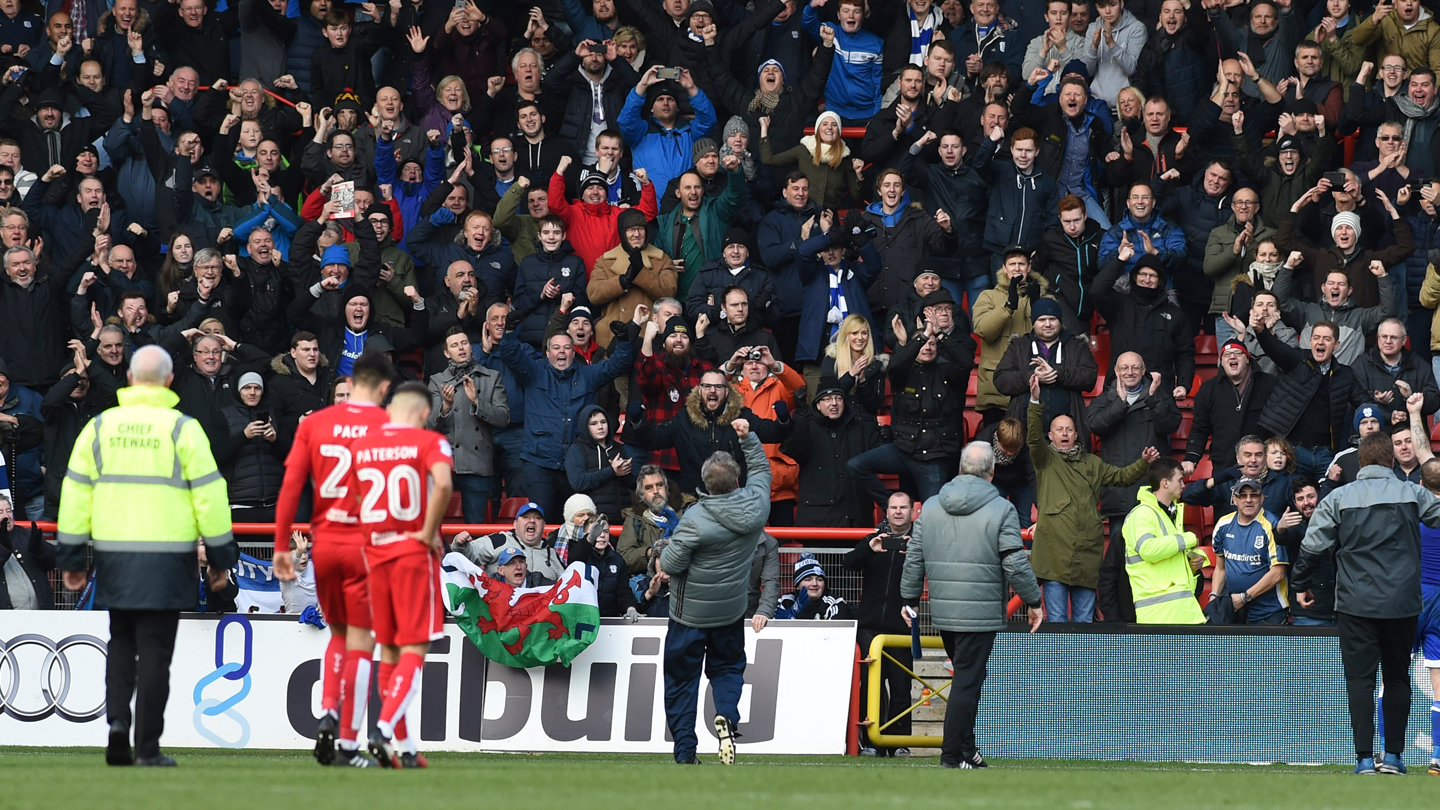 Five of the best | Bristol City vs. Cardiff City

Cardiff City take on Severnside rivals Bristol City on Saturday, 4th November 2017. Before that match, we take a look back at some memorable moments against the Robins from recent history.

We start off in the 2002/03 season when the Bluebirds faced Bristol City in the Second Division play-offs. In the first leg at Ninian Park on May 10, City won 1-0 after a battling display. Peter Thorne’s towering header sealing the win. Three days later a brilliant defensive performance including some marvellous saves from Neil Alexander saw City hold out for a goalless draw and secure their place in the play-off final at the expense of their rivals.

On Tuesday, 26th January 2010 Cardiff City went to Ashton Gate looking to end a winless run at the ground which stretched back to 1969. The evening fixture saw 693 travelling supporters witness an emphatic 6-0 away victory.

Ahead of the match it had been described as a six-pointer by both Dave Jones and his Bristol counterpart, Gary Johnson. The home side actually started brightly but Cardiff took an early lead through Peter Whittingham. The midfielder netting for the 15th time in his last 20 outings. Ross McCormack then doubled the advantage four minutes later. Michael Chopra (x2), an own goal by Liam Fontaine and McCormack again rounded off the scoring on a day to remember for the City faithful.

The Bluebirds faced the Robins for their sixth home league outing of the season during the 2010/11 campaign. Mark Hudson captained the side who were 2-0 down after just eight minutes at Cardiff City Stadium. Former Bluebird Steven Caulker netted before Jon Stead increased their lead. Jay Bothroyd reduced the deficit with the Club’s 3000th goal.

Shortly after the break City equalised directly from a free kick around 40 yards out. Peter Whittingham, who was making his 200th career start, took the set piece and his cross/shot eluded everyone when it met the far corner of David James’ goal. City then won it after 78 minutes when Whitts grabbed a brace with another free kick, this time from 25 yards. There was no doubting this one was a shot!

While live on the Sky cameras, City faced league action away to Mark McGhee’s Robins on Saturday, 10th March 2012. The Bluebirds controlled the play throughout large periods of the match and won 2-1 courtesy of two own goals. Stephen McManus and Kalifa Cisse both directed the ball into their own goal after Joe Mason forced these outcomes with his cross/shot efforts. Fortunate in some ways - but a deserved three points following a dominant Cardiff City performance.

Last season in South West England, the Bluebirds defeated the Robins 3-2 in a tense affair. The hosts took the lead twice but Neil Warnock’s side responded each time. There was late drama in the final ten minutes as Kadeem Harris headed Cardiff City level before Anthony Pilkington stepped up to score a sensational goal from 35 yards. The Republic of Ireland forward fired home, scoring his second of the afternoon with his right foot to deliver all three points.