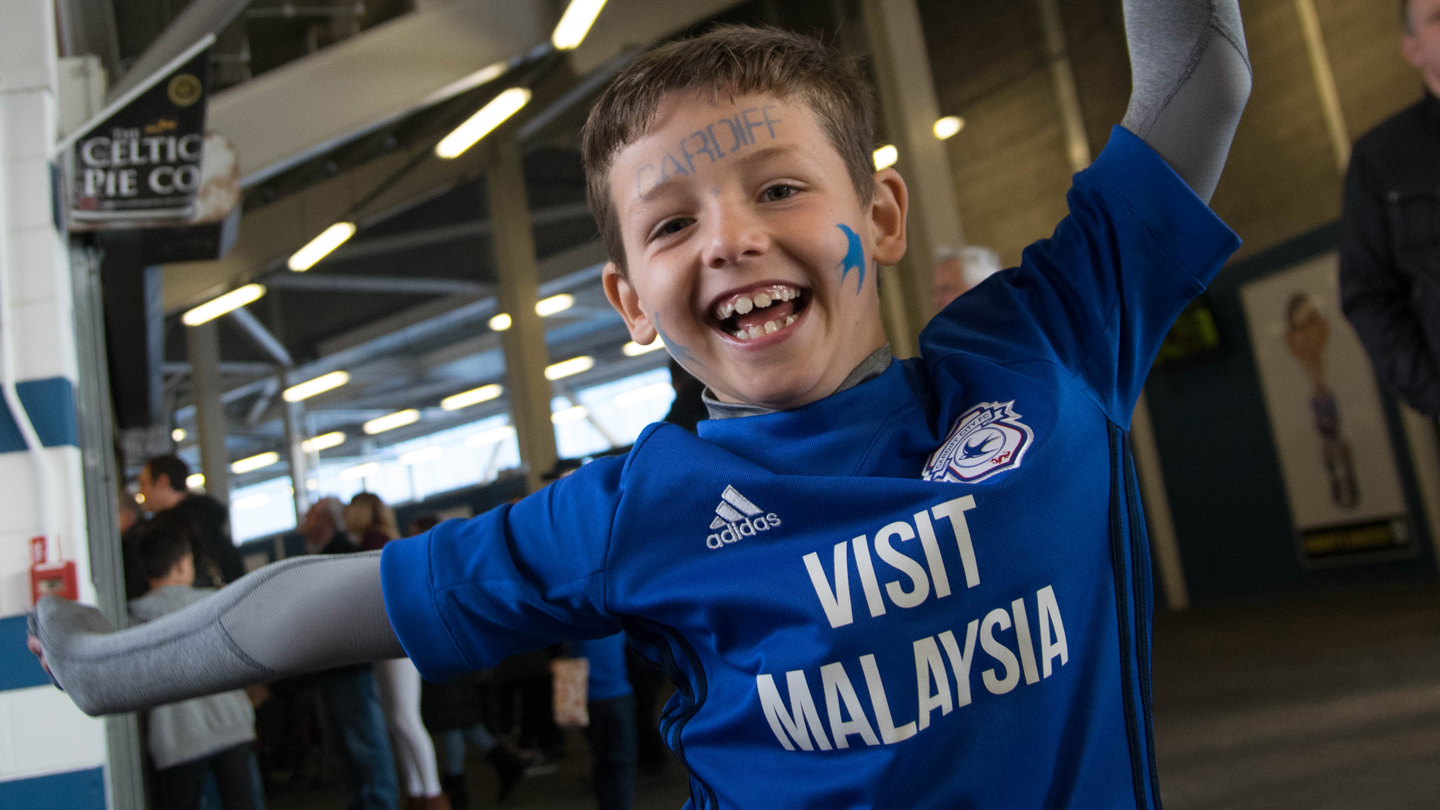 The Foundation also began this year’s ‘Get into: Security’ course, after interviewing potential participants at the taster session last week. After narrowing down from 30 applicants to 16, the two-week session has now already passed its half-way mark.

In association with security firm Rubicon and the Prince’s Trust, the scheme allows young people aged 18-30 to enjoy a free fortnightly course that boosts their chances of working within the security industry.

Having worked with New Directions for a number of years, the education agency officially became one of Cardiff City Foundation’s primary sponsors, allowing the Club’s official charity to continue to expand their brand across South Wales.

Before City’s 3-1 victory over Ipswich Town, young City fan Noah was picked to walk out with his heroes on Tuesday evening. However, what he didn't know was that he'd be walking out with his favourite player Nathaniel Mendez-Laing - and he was over the moon when he found out.

There were also a number of Foundation activities running in the Family Stand before the match, with face-painting, fancy dress competitions and football challenges all taking place. Make sure you keep an eye out for Foundation events running before every home game at CCS.

This past week, we announced the total amount of money raised by those who ran the Cardiff Half Marathon in support of the Foundation. The runners raised an astounding total of £4,490.95 – which was well over the target that was set.

The Foundation also launched Christmas Soccer Schools that take place at the end of December and start of January. After the success of the October half-term sessions, four schools in Cardiff and Ebbw Vale are available to book now.

Participants from Premier League Kicks sessions in Swansea and Newport travelled to Cardiff to face two Cardiff sides made up of the most consistent attendees from the #PLKicks sessions held across South Wales.

The Bluebirds played well, getting to the final where they missed out with a narrow 1-0 defeat.

On Friday, a presentation was held for the children that attended every day of the five-day Soccer School at the House of Sport.

The participants were given a tour of Cardiff City Stadium before being presented with certificates and medals to commend their achievements.