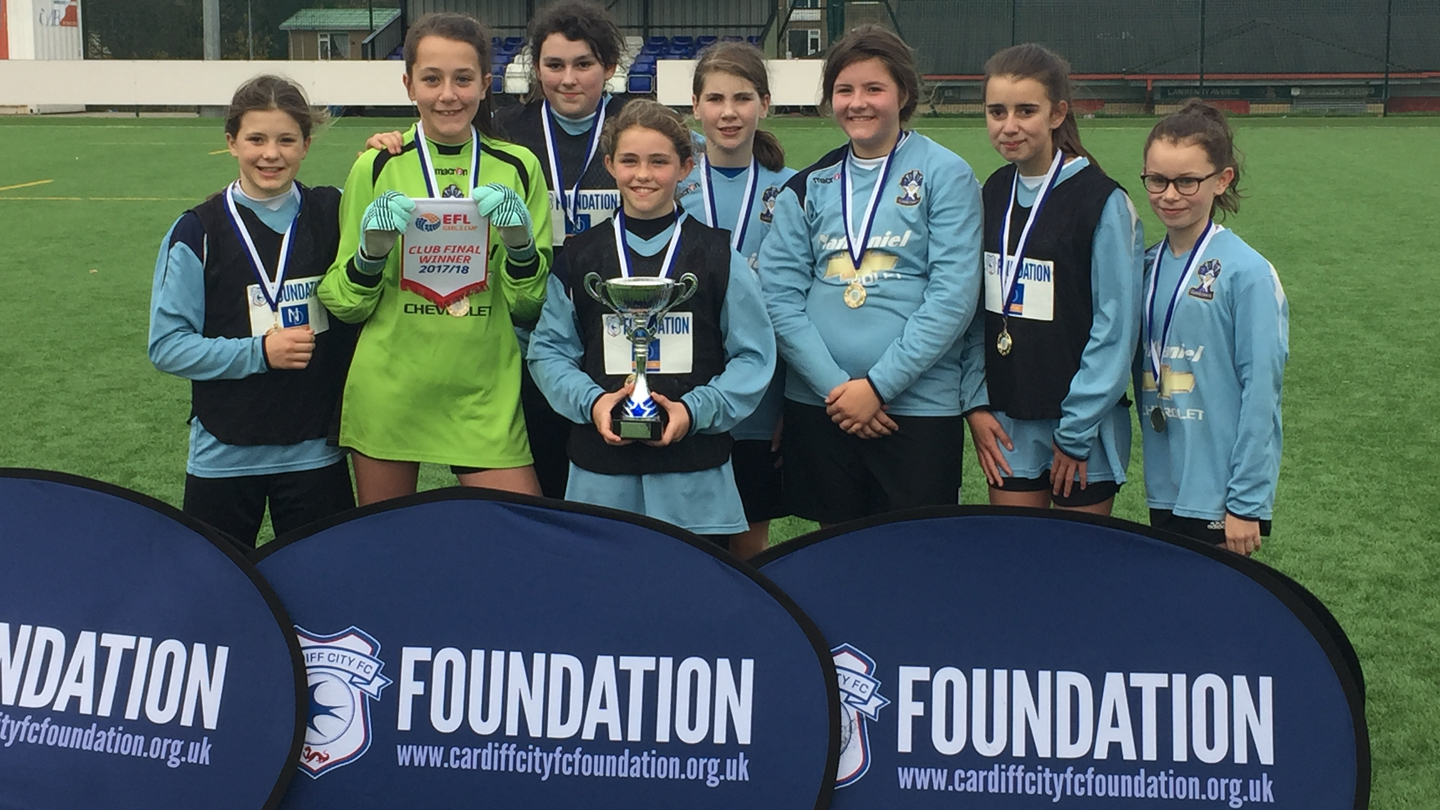 19 teams from across South Wales turned up to compete for the title, which was eventually won by YGG Llangynwyd, after they defeated Bryncelynog on penalties.

Following a tense, goalless encounter - penalties went to sudden death with Llangynwyd managing to hold their nerve and win the competition!

First-team squad members Kadeem Harris and Jazz Richards were on hand to present the trophy to the winners.

Receive a personalised video message from a @CardiffCityFC player when you order one of our #BluebirdExperience packages before 18th December?⚽️

Cardiff City FC Foundation released a new offer for Bluebirds fans this Christmas. If you purchase one of our #BluebirdExperience packages before 18th December, you’ll receive a personalised video message from one of the Cardiff City first-team squad!

To find out more about this exclusive offer, visit: www.cardiffcityfcfoundation.org.uk.

We've relaunched the Men of Harlech Bike Challenge for 2018!?

Now entering its third year, a total of 23 riders will cycle from Porthmadog to Cardiff over a three-day period and will tackle climbs of over 10,000 feet.

Over £15,000 was raised last year, and this time around we are looking to beat that target. More information can be found at: www.cardiffcityfcfoundation.org.uk.

‘Get Into: Security’ course concludes

Following their two-week course with the Cardiff City FC Foundation, Prince’s Trust Wales and Rubicon Security, a number of participants completed the ‘Get Into: Security’ workshop.