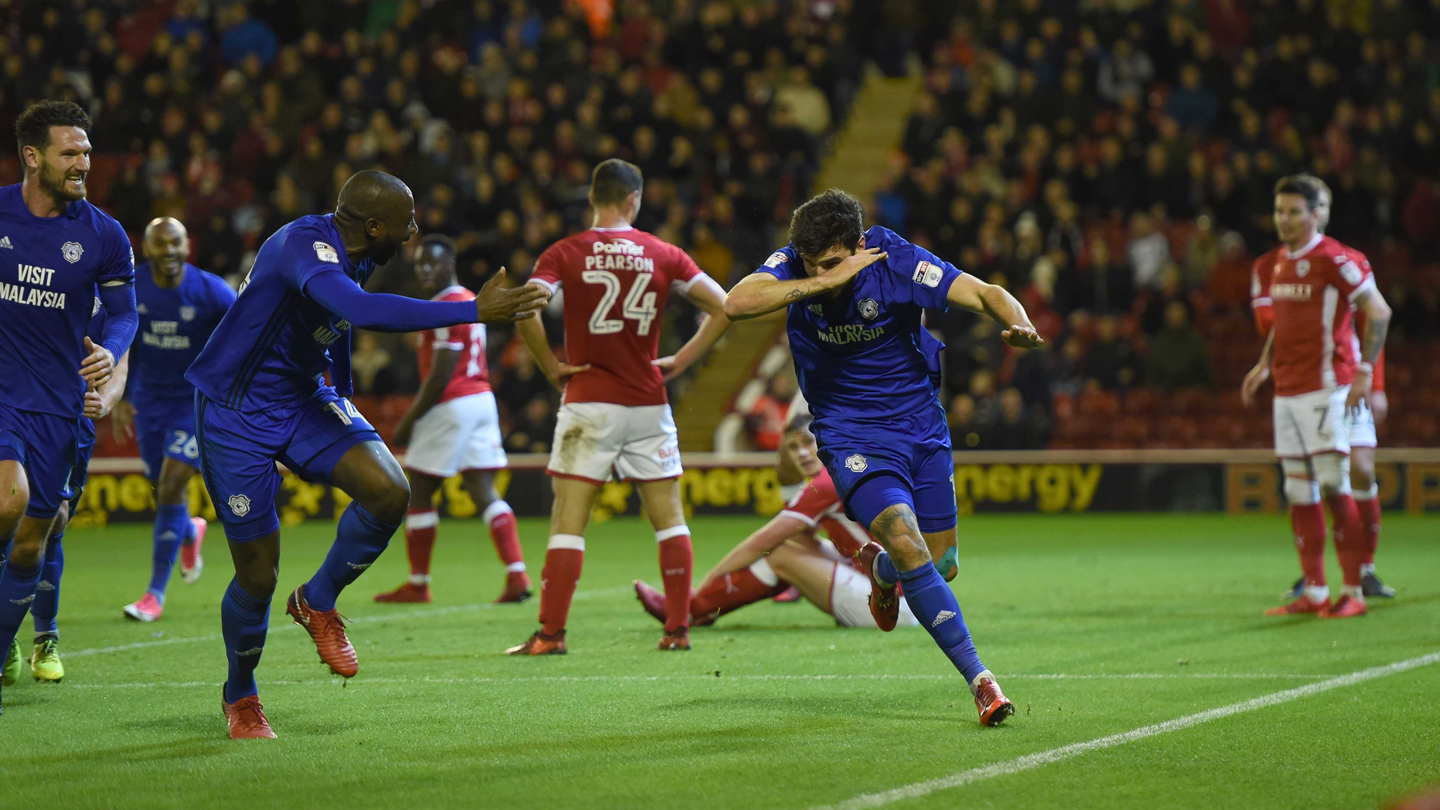 Match report for Barnsley vs Cardiff City on 21 Nov 17

Neil Warnock made two changes from Saturday’s 2-0 victory over Brentford, as Aron Gunnarsson came into the starting eleven, and the newly recruited Rolf Feltscher was named amongst the substitutes.

While the match began in even fashion, the Bluebirds soon showed signs of their threat in the final third. Joe Ralls played Danny Ward through on goal, but the slippery surface saw the striker lose his balance at the vital moment.

The Tykes then looked to create some opportunities of their own, with Mamadou Thiam’s deflected, long-range drive testing the reactions of Neil Etheridge in the City goal.

The conditions at Oakwell were certainly having an impact on the encounter. Joe Bennett’s slip afforded Brad Potts space to whip in a dangerous cross, which Thiam was only able to head into the side-netting.

Barnsley winger Adam Hammill curled narrowly wide from twenty-five yards with the hosts final chance before the interval, as the two teams went into the Oakwell dressing rooms level.

Both sides traded efforts at the start of the second-half, with Potts testing Etheridge from outside the box, before Craig Bryson fired wide from similar range.

Bruno Ecuele Manga then did superbly to come away with the ball after a committed tackle in the centre of the park. He fed Junior Hoilett, who recovered after stumbling to sting the palms of Adam Davies.

The Bluebirds came close to opening the scoring just after the hour mark. Matty Pearson held the ball for too long in defence, allowing Hoilett to charge down his clearance - the ball flying narrowly past the post.

Then, Cameron McGeehan struck a free-kick wide for the home side, before Callum Paterson came inches from connecting with Bennett’s fine cross at the other end.

The Scotland international wouldn’t have to wait long for his first strike in Cardiff colours though, as he netted the game’s all-important goal with just seven minutes remaining.

The twenty-three year old showed great bravery to throw himself at the ball and bundle home from close-range, sparking scenes of celebration in the corner.

The goal was enough for the Bluebirds to take all three points from Oakwell, putting Warnock's men in second-place in the Sky Bet Championship table.

Next up, the Bluebirds face another away trip, as they visit Nottingham Forest this Sunday.