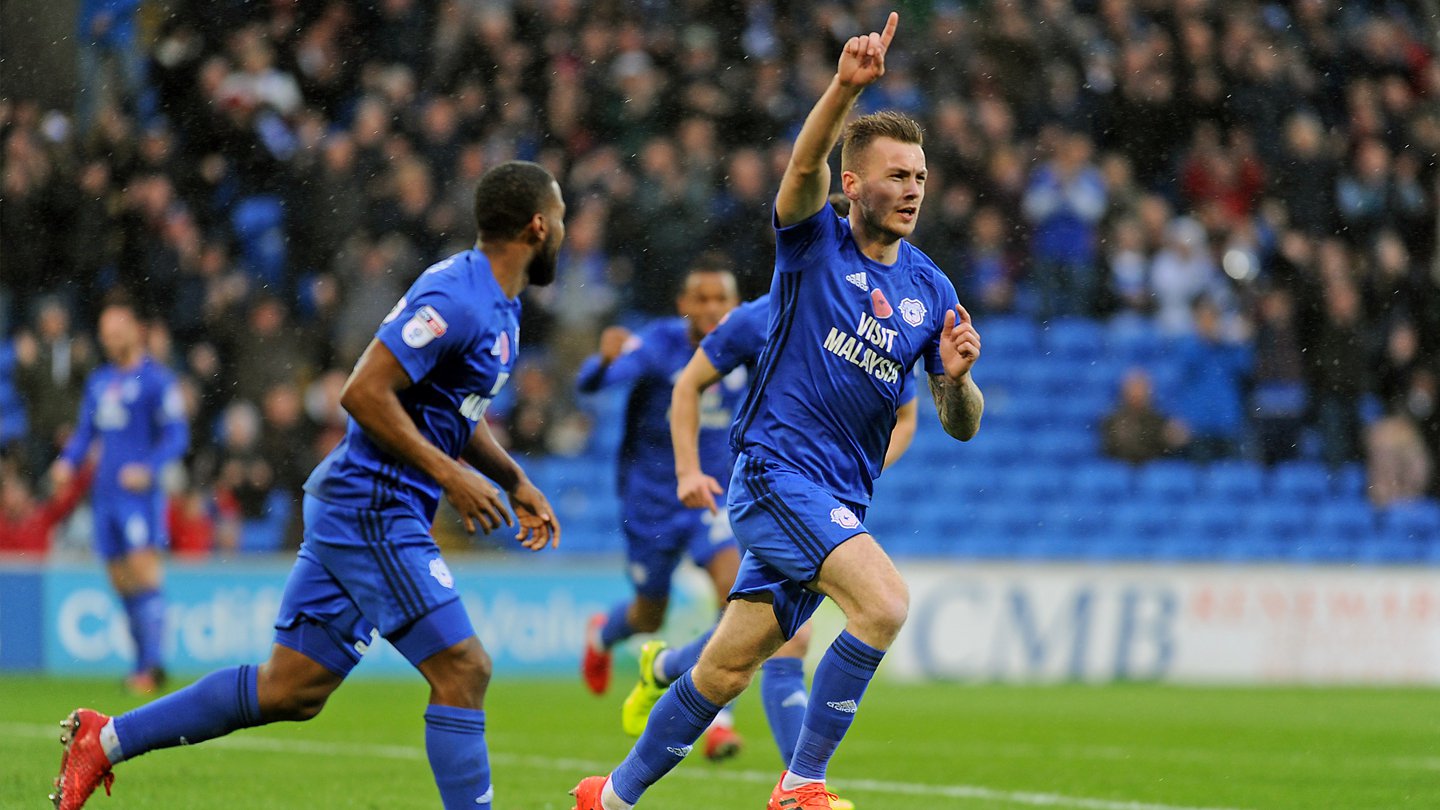 Match report for Cardiff City vs Brentford on 18 Nov 17

Cardiff City defeated Brentford 2-0 in the Welsh capital to continue their unbeaten home league run, and stay third in the Sky Bet Championship.

City’s first opportunity came after seven minutes, when Daniel Bentley fumbled the ball from an in-swinging corner before it found Bamba at the back post, although his well-struck shot was saved.

A series of corners lead to the Bluebirds open the scoring a minute later. A Junior Hoilett delivery was cleared by the Brentford defence to Joe Ralls at the edge of the area, whose left-footed half-volley found the bottom left corner of the net, to secure his first home goal of the season and make it 1-0.

The away side had another good opportunity six minutes later, but their free-kick move lead to Yoann Barbet curling the ball over the bar.

Seven minutes later, the away side had a golden opportunity to equalise following a defensive mix-up. Bees forward Maupay took several touches and, with only Sol Bamba guarding the net, somehow slotted wide of the gaping goal.

Brentford’s horror miss was punished two minutes later as City made it 2-0. A brilliant run into the box from Bruno Ecuele Manga attracted the Brentford goalkeeper off his line, before his cross to Danny Ward was converted confidently.

After the interval, the away side had an immediate opportunity when Bamba’s slip provided an opening for Maupay, although his left-footed shot was deflected astray of the right post by a City defender.

Maupay was looking keen to atone for his earlier error. The striker blasted wide of goal from the edge of the box, before shooting over the bar from the right side of the box in the next period of play.

Four minutes later, Cardiff had an opportunity to capitalise from a well-worked move between Liam Feeney, Hoilett, Ward and Craig Bryson. However, Hoilett dragged his shot wide of the left post.

City continued to press for a third goal and they came close again when two attempts went over the crossbar in the space of six minutes. Ward’s effort was scooped above the bar after 56 minutes, before Hoilett’s shot from inside the area was hammered over from Ward’s back pass.

Neil Etheridge was on top form as he stopped Sergi Canos’ effort, before Joe Bennett did brilliantly to clear Lasse Vibe’s drilled rebound off the line, after 67 minutes.

The introduction of Frédéric Gounongbe and Callum Paterson saw the pair combine for another City chance as full-time approached.