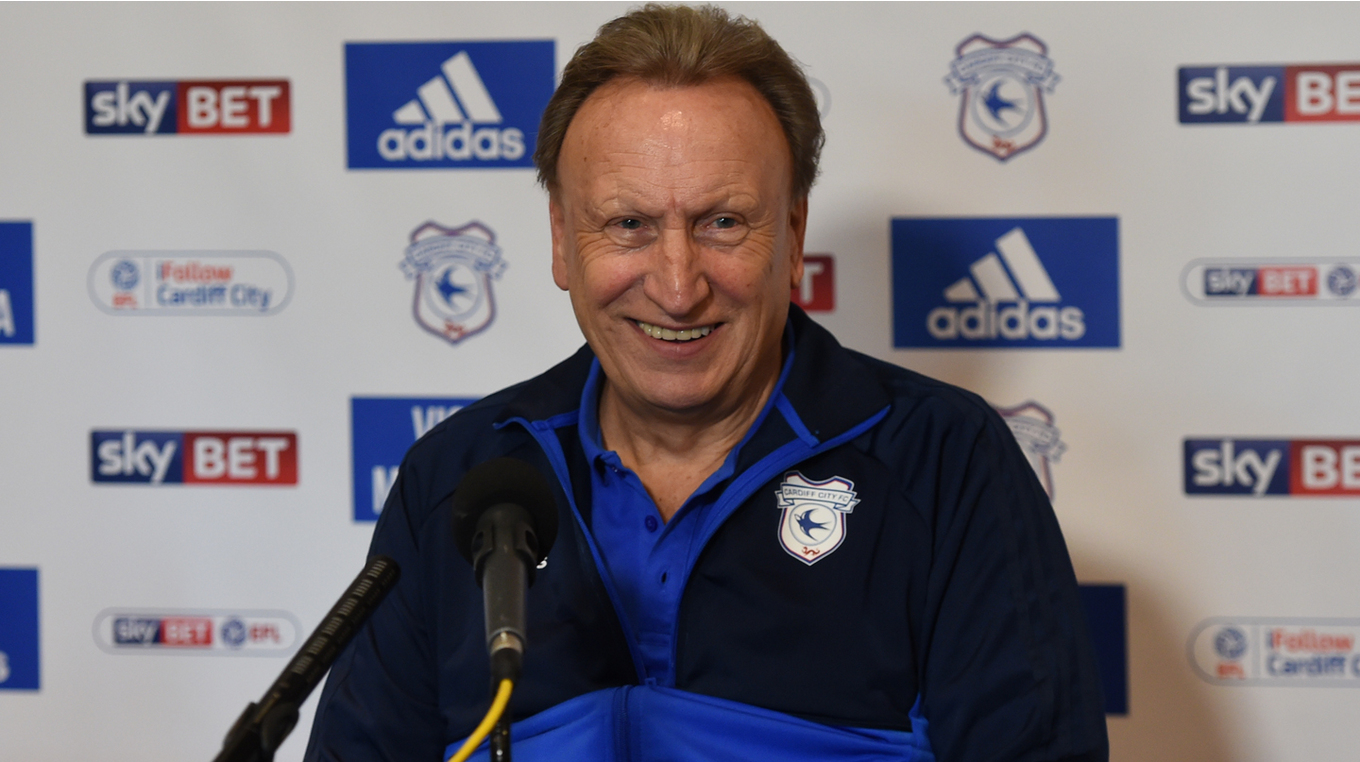 Neil Warnock: "Our lads will be up for it!"

Neil Warnock held a pre-match press conference on Friday morning, praising the Bluebirds’ desire in victory over Barnsley, ahead of a second successive away test, this time against Nottingham Forest.

When asked what he expects from Sunday afternoon’s game at the City Ground, the Gaffer underlined the importance of the commitment of players and fans alike.

“There are no easy games in this league,” began Neil. “But it will not be easy for them either - that’s the way I look at it.

“I’m sure our lads will be up for it, and the fans too. We had a brave 250-odd the other night, in terrible conditions on a Tuesday night in Barnsley. All credit to those that travelled.

“They made themselves heard as well - I suppose you had to sing to keep warm.”

Despite a number of recent significant absentees, the Bluebirds will be looking for a third consecutive victory on Sunday afternoon. The City boss went on to share his delight with the depth in his City squad.

“We’ve had Zohore, Mendez-Laing and Gunnarsson out of our team,” he continued. “And if you take three of the best players out of any team in this league, you’ll miss them.

“But we haven’t bleated about that, we’ve just got on with it. The lads who’ve come in have stepped up. They’ve done really well to fit in and do what I want them to do.

“We keep working ’till the end. That’s why we got the reward at Barnsley, where I thought we got stronger as the game went on.”