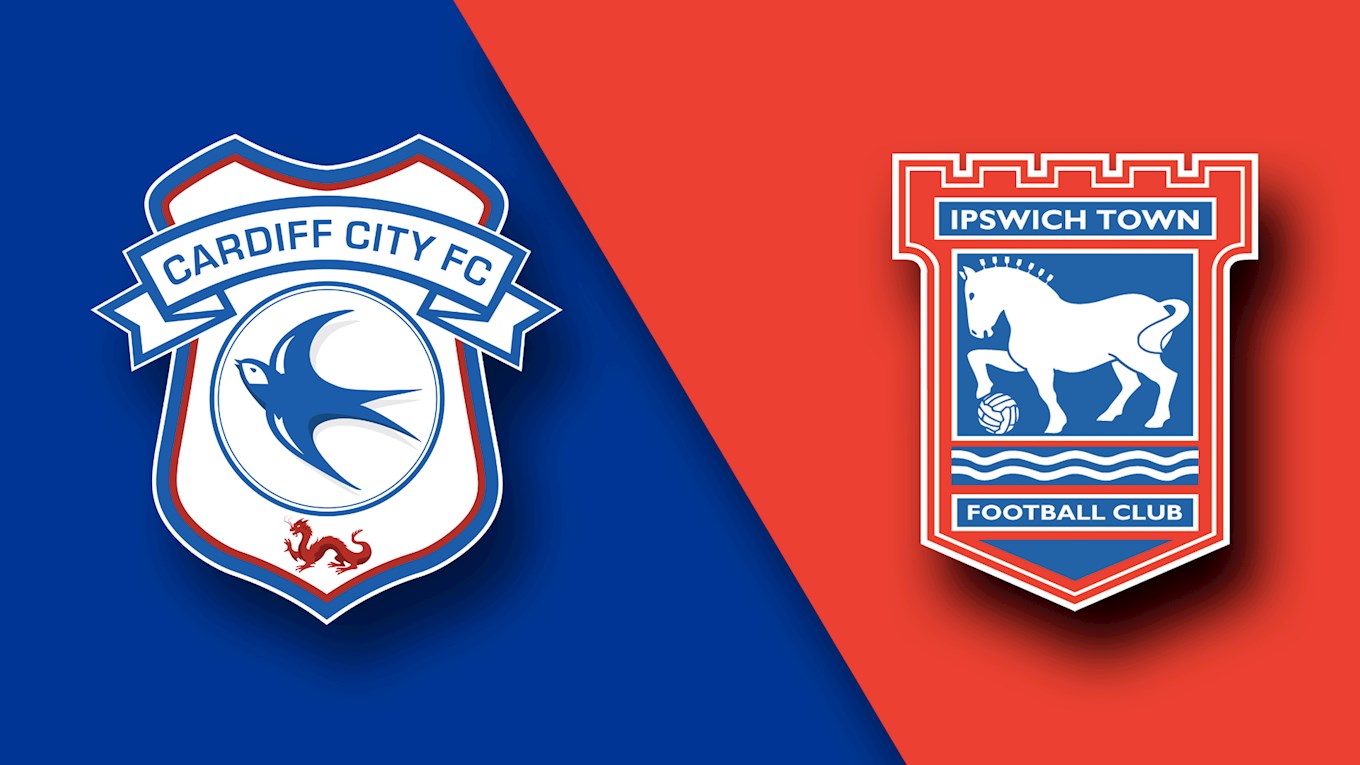 The Bluebirds host their second fixture in three days as Mick McCarthy’s side travel to the Welsh capital.

The Tractor Boys make a second successive away trip after they were 2-1 victors over Burton Albion on Saturday afternoon.

What to expect from McCarthy’s men…

Ipswich currently occupy tenth place in the Sky Bet Championship table after that win over Burton, and are seven points behind the Bluebirds.

The Tractor Boys are yet to draw a game so far in this campaign, winning seven and losing six of their thirteen fixtures – with their most impressive performance coming in the form of a 5-2 win over Sunderland at the end of September.

Since his move from Rangers in the summer, Martyn Waghorn has settled back into life in the Championship with ease. Six goals in eight games for the former England U21 international see him sit at the summit of Ipswich’s goal scoring charts.

David McGoldrick is just one goal behind his striking counterpart with five goals in the league this season and has been at the club since 2013, managing 120 appearances for the Tractor Boys.

Beginning his managerial career in 1992, McCarthy – along with Neil Warnock – is one of the most experienced managers in English football.

The 58 year-old has managed Millwall, Republic of Ireland, Sunderland, Wolverhampton Wanderers and has been with Ipswich since 2012.

Playing as a defender in his time, McCarthy made over 50 appearances for his country – as well as playing 505 games for the likes of Celtic, Lyon, Manchester City and Barnsley.

City are unbeaten in the last four fixtures against Tuesday's opponents. The last meeting at CCS ended with a 3-1 victory as a brace from Kenneth Zohore, and Joe Bennett’s first goal for the Club saw the Bluebirds secure the three points.

The first ever league fixture between the two sides took place on 10th September 1938, as City won 2-1 in the Division Three South.

Bluebirds’ winger Liam Feeney spent the second half of the 2015/16 season on loan at Ipswich from Bolton Wanderers, making seven appearances.

Welsh international Emyr Huws also spent last season in Suffolk on-loan from City and made his move permanent in the summer. However the 24 year-old is yet to make an appearance this season due to injury.

Other players to sport the jerseys for both sides include Tom Lawrence, Tom Adeyemi, Michael Chopra and Jay Emmanuel-Thomas.