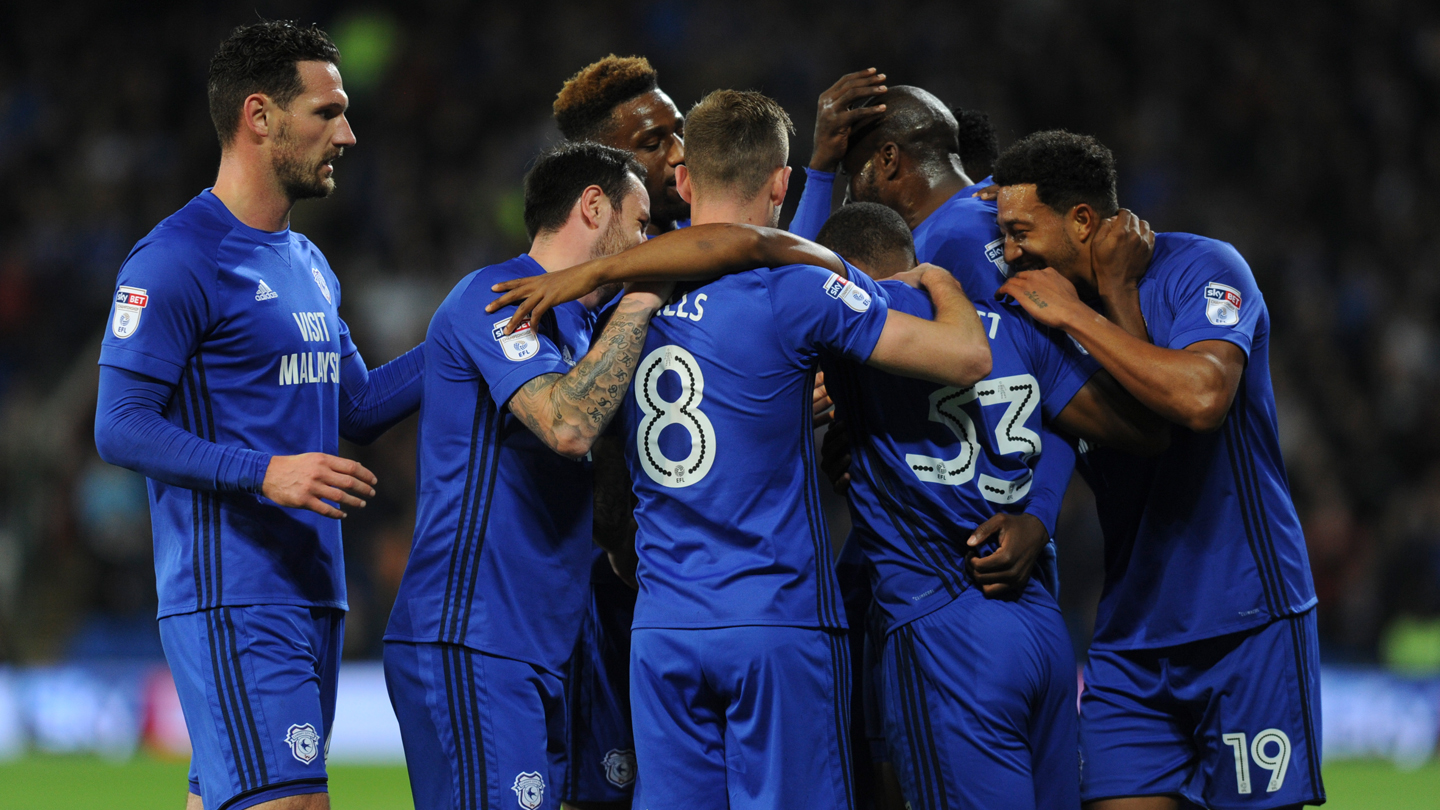 Neil Warnock made three changes to his starting line-up for the midweek clash against the Tractor Boys. Callum Paterson was handed his first start for the club while Omar Bogle and Lee Tomlin also came into the eleven.

The hosts started brightly and were almost ahead four minutes in. Paterson’s long throw in line with the edge of the penalty area caused all sorts of problems for Town’s defence. However, Sol Bamba’s right footed effort was deflected wide for a corner.

Cardiff were rewarded for their early dominance after 12 minutes. Nathaniel Mendez-Laing picked out an unmarked Junior Hoilett and the Canadian international finished superbly with a composed right-footed volley.

The Bluebirds almost extended their lead three minutes later. The lively Hoilett found Omar Bogle inside the box with a well weighted cross but Bartosz Białkowski denied the striker from point blank range.

Ipswich started to get back into the game and were almost level on the half hour mark. From a corner, Joe Garner flicked the ball to the back post but Tommy Smith wasn’t able to convert.

City had another attempt to extend their lead seven minutes before the interval. Lee Tomlin played through Mendez-Laing on the right but the winger’s shot hit the side netting from just inside the area.

With chances now coming at either end, the Tractor Boys would’ve made it 1-1 if not for brilliant last ditch defending from Joe Ralls. The 24 year-old slid in to prevent Flynn Downes scoring from six yards.

Straight after the break the Bluebirds doubled their lead as Bogle stepped up to score his first goal for the Club. After a quick counter-attack, Lee Tomlin released the striker, who kept his cool from around 10 yards. His left footed shot beat Białkowski at his near post.

It could’ve been a brace for Bogle seven minutes later. Hoilett played in a dangerous low ball from the left but the striker’s close range effort was saved well by the opposition’s shot-stopper.

Neil Etheridge was next called into action after 83 minutes. The 'keeper made a great save at his near post to keep out Bersant Celina’s free kick from around 25 yards.

With the away side pressing Cardiff’s defence, Celina grabbed a consolation in the final minute of the game after a string of fine City blocks.

The Bluebirds didn’t sit back though, as Ward made it 3-1 in added time. The striker wrapped up the points from close range following a rebounded Mendez-Laing effort inside the box.

After four minutes of added time, the referee blew his whistle as City stretched their unbeaten home record at Cardiff City Stadium to eight games.