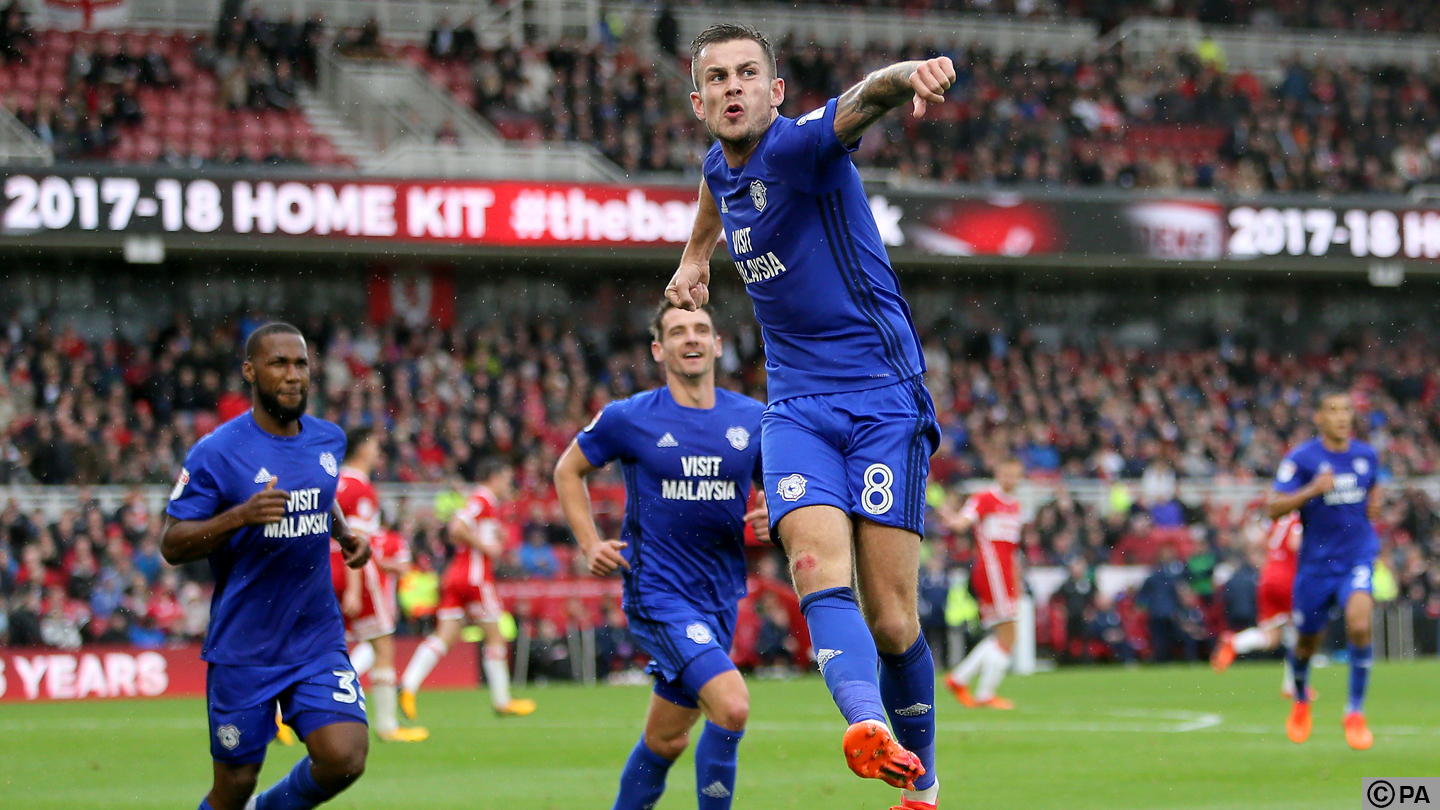 Match report for Middlesbrough vs Cardiff City on 21 Oct 17

Joe Ralls’ late penalty secured Cardiff City a significant victory away to Middlesbrough on the midfielder’s 150th competitive game for the Bluebirds.

City started very brightly at the Riverside, keeping possession calmly as they pushed forward in the opening exchanges.

Craig Bryson and Hoilett also tried their luck early on as the Bluebirds looked for an opener.

Ward again came incredibly close to opening the scoring on Teesside as Joe Bennett swung in a low cross inches in front of the on-rushing forward.

Meanwhile, the hosts had their best chance of the half when Britt Assombalonga took aim from distance and drove wide of Neil Etheridge’s goal.

After the interval, Boro upped the ante as they put Neil Warnock’s men under significant pressure.

Bamba then popped up at the other end, and thought he had scored when his point-blank effort was scrambled away from the Boro goalmouth. However, goal line technology indicated that the ball had not crossed the line.

Ward, who was leading the Bluebirds attack admirably, fired just past the post once again with fifteen minutes remaining.

But the crucial moment of the game came six minutes from time, as the ever impressive Nathaniel Mendez-Laing was brought down in the area by Boro substitute Adama Traore.

On his 150th competitive appearance for Cardiff City, Joe Ralls dispatched the resulting spot-kick confidently to earn the Bluebirds all three points on the road.