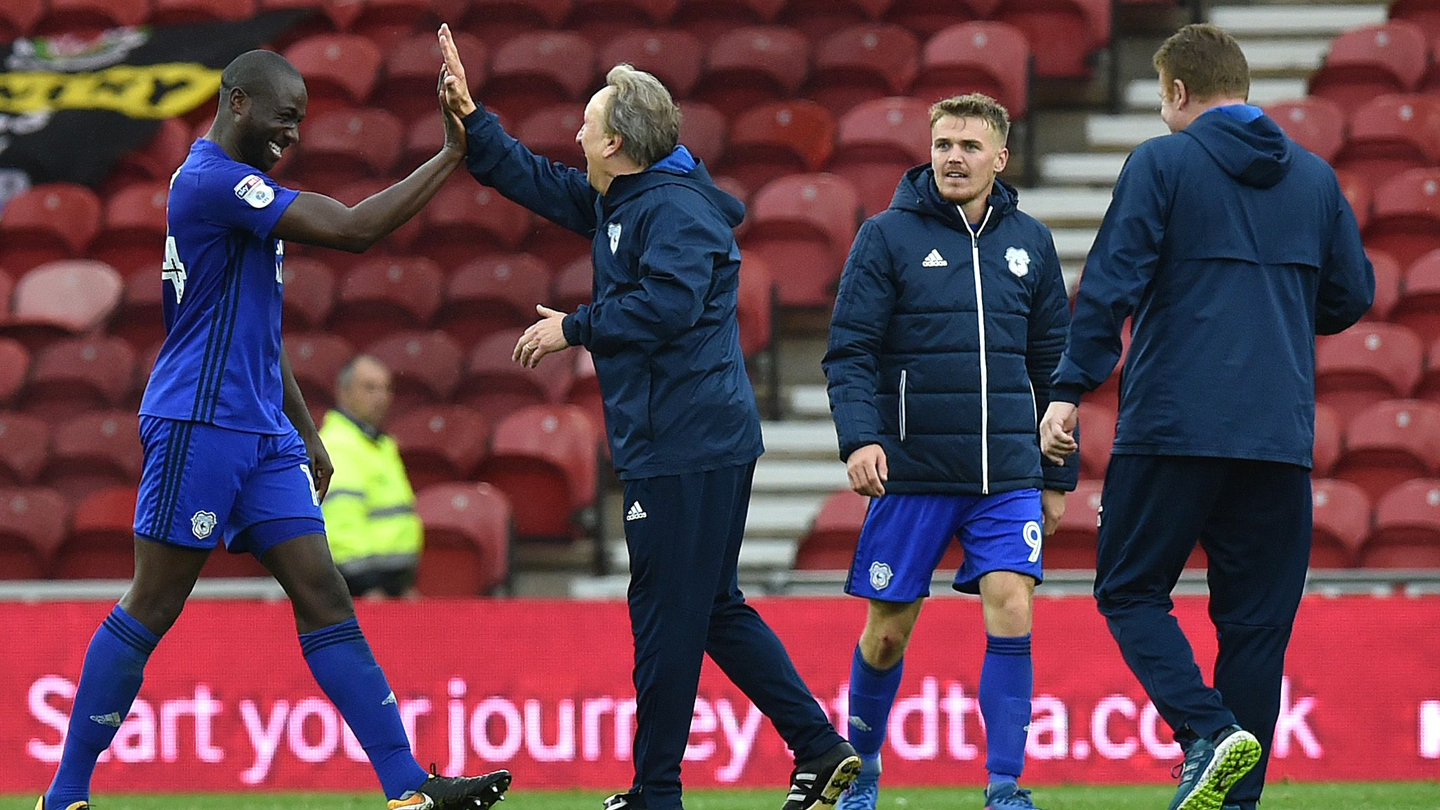 Warnock: "Delighted with the three points!"

Neil Warnock spoke to the press and media after his side’s superb 1-0 win over Middlesbrough at the Riverside on Saturday afternoon.

“It’s a tough place to come. You can see the quality they’ve got in their squad so we knew it would be hard,” Neil began. “We worked all week on a system to try and get the best out of what we’ve got against a good side, and I thought we did well.

“I thought we were the most dangerous team regarding goal-scoring chances and efforts. They didn’t make it easy for me with some of the misses we had, but credit to them all the way through. I thought the lads gave me everything, you can see the team spirit in there and I’m delighted to come away with three points.”

The Gaffer went on to express his delight at the current squad and the regular commitment on display from his players.

“I’m really proud of them, they’re a great group of lads – they’re all genuine," he continued. "They’ve fitted in well, they work hard in the week, they have to be organised and we have to drill into what they do because that’s the only way we can get results, especially against the better teams.

“I’m really proud of how they get together, the lads. They’ve got a ‘never say die’ attitude in the way they defend the goal, and the way they break. Wardy has been brilliant in training although he was running on empty at the end, even Omar [Bogle] did well when he came on so it’s good for the group.”