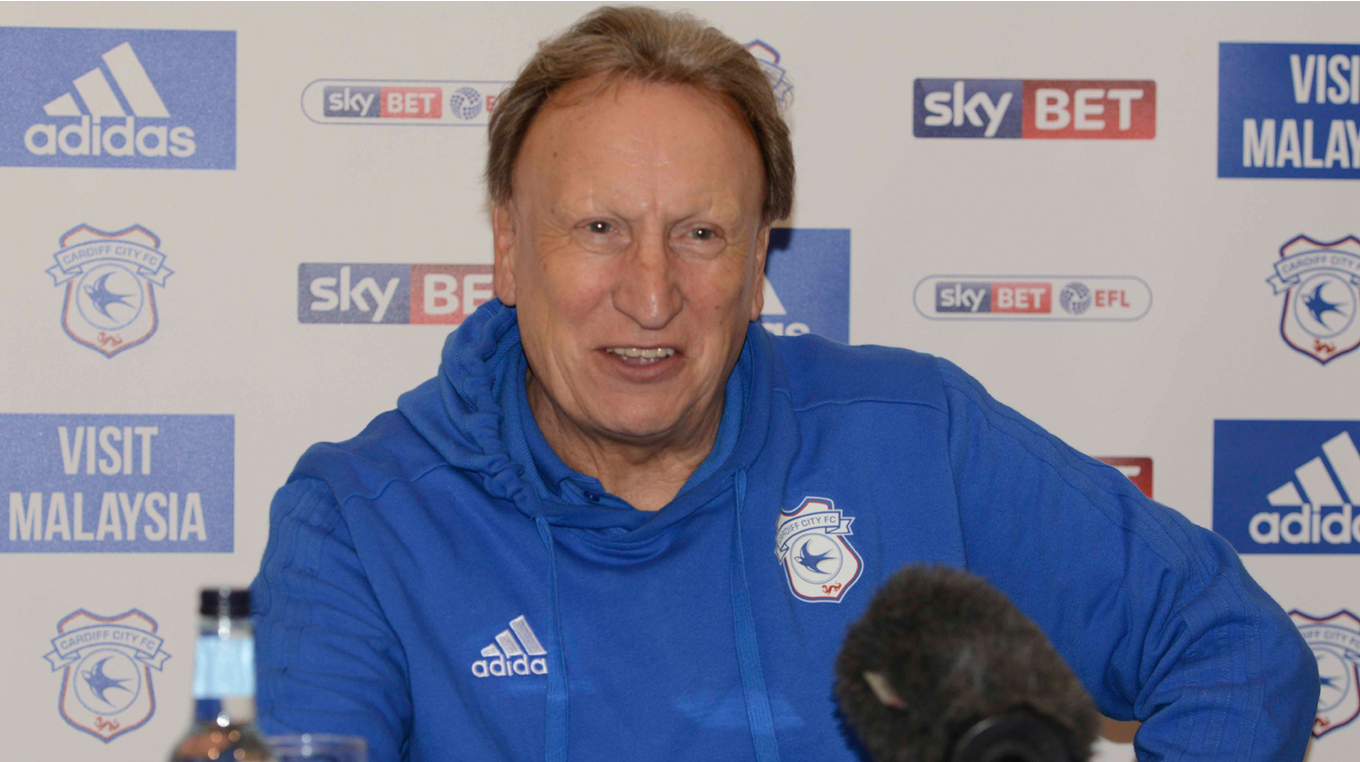 Warnock: "The fans could make the difference!"

Neil Warnock held a pre-match press conference on Friday morning looking ahead to this weekend's match against Millwall.

Neil began by looking forward to getting back on home soil for two successive games, as he called for the supporters to play their role at Cardiff City Stadium.

"It's my own pride that I work for at my age," began the City boss. "I work to do well for whatever side I'm managing. It's a great Club and I think the fans have been fabulous.

"We're going to need the fans now in the next couple of games. I think Neil Harris has done a great job down there and he's a young up-and-coming manager. He's got a very hard working group of players that are very difficult to play against.

"We know what to expect and I think we've got to have patience - and that's where the fans come in. I think the fans could make the difference by the noise they make."

Neil went on to praise his midfielder Craig Bryson, who was also on press conference duties at the Bluebirds' training base.

"He's like Joe Ralls, isn't he? Low maintenance," continued the Gaffer. "You don't know he's there but you watch him on the pitch and he's a credit to you. He conducts himself off the field very well and he's a smashing lad - both of them are.

"I think they both enjoyed it last week, the challenge to fill that gap without Gunnars. I didn't know whether they could do what I wanted them to do, and I thought they did it admirably really."