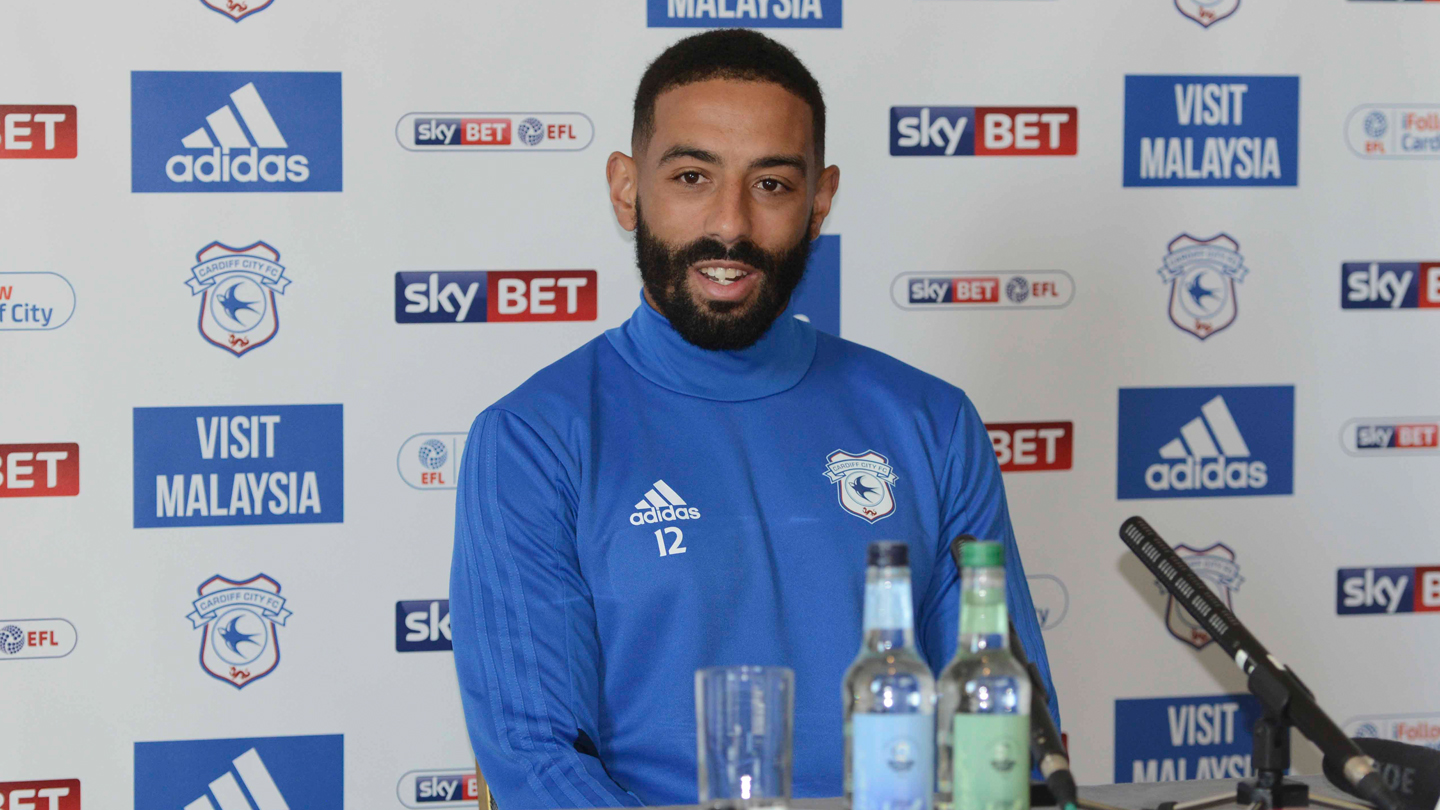 On Friday morning, Bluebirds deadline day signing Liam Feeney spoke to the press and media ahead of City’s weekend fixture with Sheffield Wednesday.

“I’ve come into a team that has been flying in the league apart from Tuesday, but everyone’s looking to put that right tomorrow. We’re back home after a couple of tough away trips, but it’s been really good and I’m looking forward to the coming months."

Feeney went on to discuss why he chose Cardiff City and how Neil Warnock influenced his decision to move to the Welsh capital.

“The size of the club speaks for itself," he continued. "But I’m sure as everyone else has said, the Gaffer is a massive pull here.

“It’s been in the pipeline a couple of times before and I’m pleased that I finally get to work with him – it’s something I’ve been looking forward to for a long while now and I’m really pleased he’s brought me in to work with him. Hopefully I can do well for him and the Club, and we can move forward together.

“He seems to love his wide men, encourage them and get the best out of them, which is exciting for me coming in, and it’s something that I’m really looking forward to. He’s already given me a lot of confidence before the first couple of games and hopefully that’s going to build up over the next few months and I can do really well.

“It’s a strong competition for places, especially in my position where the two boys have been flying this season.

“Everyone’s pushing the team, because you want them to do well. You’ve just got to train extra hard to try and showcase what you can do, so when you do get a chance you are ready to take it.

“It’s pleasing that the Gaffer has shown faith in me to give me the nod and I’ve come on in both games. I was pleased to come on on Saturday and get an assist - it’s something to build on for me and there’s a lot more to come.”

The 30 year-old finally looked ahead to Saturday’s encounter and spoke of his desire to break into the starting eleven.

“[Sheffield Wednesday] have got some fire power up top, they’ve invested in that area and they’ve always been a decent team like that last few years,” Liam said.

“They’ve been right up there looking for that formula to get promoted so it’s always going to be a tough game. Obviously the boys have been doing well this year though, and we’re back at home with the home support.

"I’ve only seen the away support so far and that’s been tremendous, so I’m looking forward to seeing what the home support is like. Hopefully it will spur the boys on to get an important win."