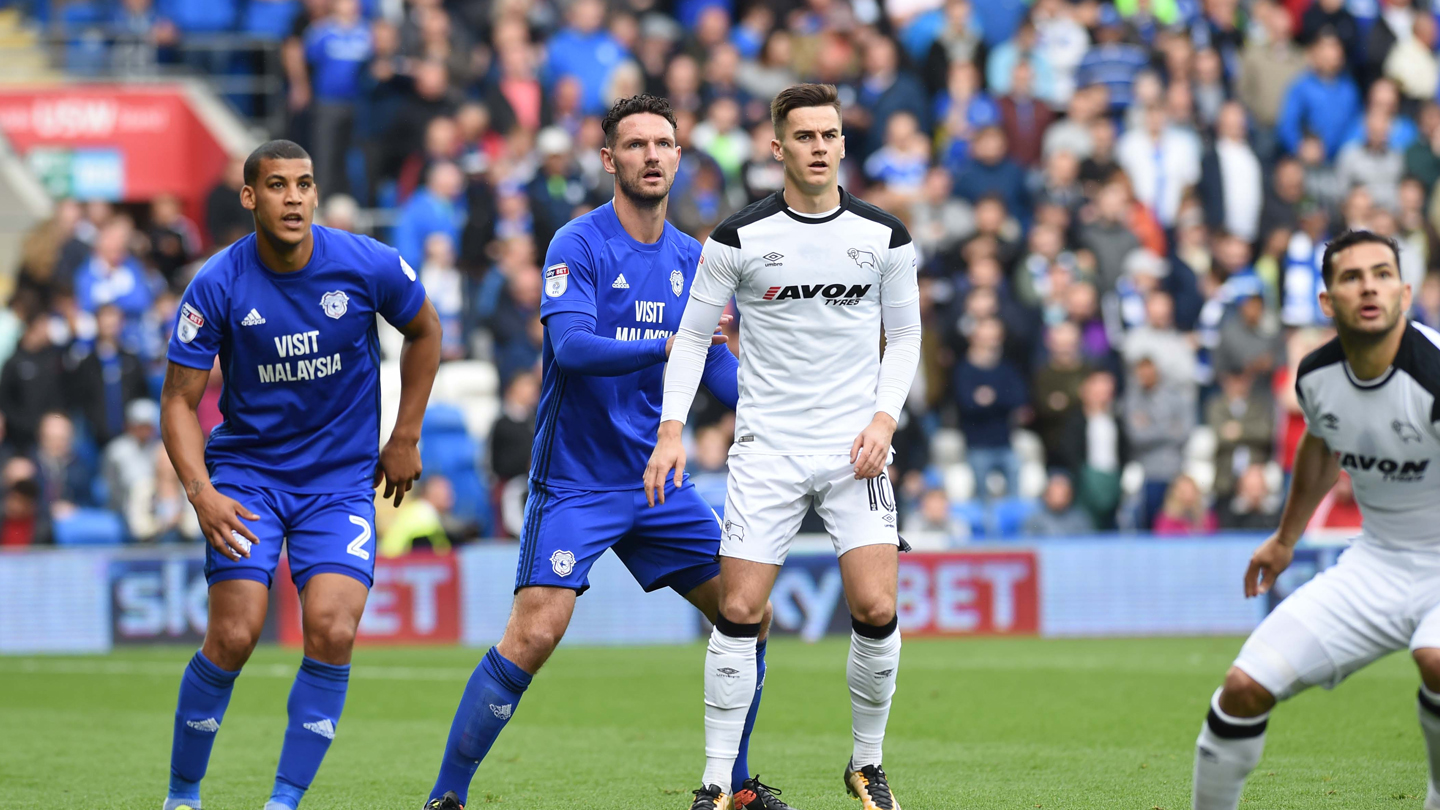 Cardiff City were forced to settle for a share of the spoils with Derby County, as the Bluebirds' unbeaten home league record continued.

Junior Hoilett had the first real opportunity after sixteen minutes, forcing a fine top-corner save from Scott Carson. On the other wing, Nathaniel Mendez-Laing was showing no mercy towards his opposite number Craig Forsyth, twisting and turning past the left back at every opportunity. On the counter, Kenneth Zohore looked lively as ever, forcing Curtis Davies and Richard Keogh into some last ditch defending.

Despite the attacking intentions of the home team, clear-cut chances were hard to come by in the first half. Just as the first ticked into injury time Loïc Damour came closest for City. He won the ball back on the edge of the Derby box before firing just wide with a low effort, bringing the half to a close with the score goalless.

The Bluebirds started the second half in good fashion, forcing a corner which Sean Morrison headed wide of goal. Another corner from the other side five minutes later was met by Sol Bamba, whose header rested on the top of the net. Mendez-Laing also came close during a spell of intense Cardiff pressure, firing wide with a near-post effort.

That chance seemed to awake the visiting side, who had their first real opportunity through Tom Huddlestone. A swift counter attack found former Bluebird Tom Lawrence, who teed up the midfielder on the edge of box. His drive was blocked by Lee Peltier, deflecting away for a corner.

The game exploded into life on the hour mark, with both sides creating great chances. A Derby break down the left flank ended with a looping Forsyth cross, which rebounded against the far post. Johnny Russell’s attempt on the rebound was blocked by Bruno Ecuele Manga. The Bluebirds instantly burst forward with a counter attack of their own; Mendez-Laing skilfully beating his man before seeing his shot deflected wide.

As the match entered the final twenty minutes, both sides stepped up their efforts for an opener. The introduction of Lee Tomlin gave the Bluebirds an alternative attacking outlet, and it was the number seven who set up Joe Ralls for a stinging low drive which fizzed wide of the far post.

From a free-kick, Morrison knocked down to Hoilett who fired wide, whilst Bradley Johnson blazed over at the other end. Then, a Tomlin free kick was again met by City skipper Morrison, only for his effort to be hacked away. An identical situation minutes later resulted in another header, which rose over the crossbar.

In the first of four minutes of injury time, substitute David Nugent had a golden opportunity for the Rams. Slipped through by Chris Martin, the attacker fired at Neil Etheridge from close range, with the Cardiff keeper making a fine reflex save. The referee’s whistle ended an entertaining second half, with neither side able to break the deadlock despite some great attacking play. The result keeps the Bluebirds at the top of the Sky Bet Championship ahead of the international break.