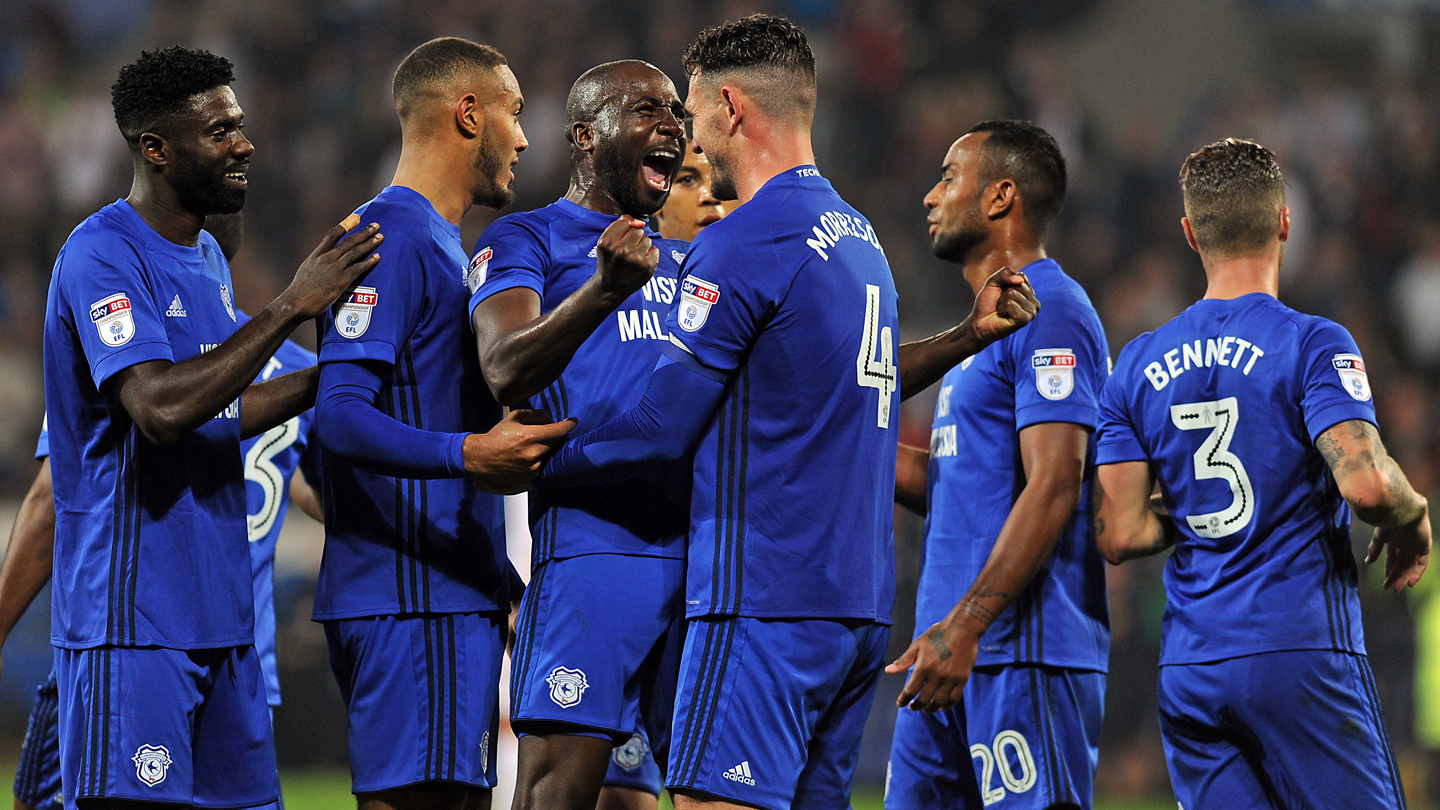 Cardiff City put in a fine home performance to defeat Leeds United by three goals to one and reclaim top spot in the Sky Bet Championship table.

The Bluebirds were welcomed onto the Cardiff City Stadium turf by a huge 27,160-strong crowd and a bouncing atmosphere in the Welsh capital.

While Leeds had the game’s first effort through Ezgjan Alioski’s speculative effort, City were spurred on by their home support and soon began to dominate.

Sean Morrison’s long throws were causing the Leeds defence problems and, after a succession of corners, Sol Bamba’s header across goal was inches from the path of Bruno Ecuele Manga.

The Bluebirds then struck their deserved opener just inside the half-hour mark. Löic Damour broke up play superbly, finding Junior Hoilett, who drove into the box before teeing up Kenneth Zohore. City’s no. 10 made no mistake, confidently converting to put City ahead.

By this point, the Bluebirds were flying, and doubled their advantage over the Whites within ten minutes.

This time, Hoilett ran at pace with the ball towards Felix Wiedwald, before opting to go for goal himself. The Canadian international struck superbly from twenty-five yards, seeing his effort fly into back of the Leeds’ net, to the delight of the terrific home support.

Shortly after City’s second, Leeds skipper Liam Cooper went into the book for a dangerous challenge on Nathaniel Mendez-Laing just outside the area.

On the stroke of half-time, a superb ball from Sol Bamba - who was dominating the middle of the park - then freed Mendez-Laing down the right. Cooper flew in with another rash challenge on the Bluebirds winger, leaving Kevin Friend with no option but to dismiss him.

City almost made their numerical advantage count immediately from the resulting free-kick. Hoilett played the ball into the box, and Morrison bundled the ball home from close range, only to be flagged offside.

At the start of the second half, Hoilett saw a shot from distance fly into the packed USW Stand, before Leeds enjoyed a dangerous spell of their own.

First, a sensational double-save from Neil Etheridge denied both Alioski and Stuart Dallas, before Kemar Roofe also saw a low drive stopped by the City ‘keeper.

However, City stretched their lead even further before the hour mark. Hoilett was sublime in the build-up, playing successive one-twos before slipping in a marauding Morrison down the right. The City skipper squared the ball across the box to Zohore, who netted his second to make it 3-0.

Leeds pulled a goal back on 67 minutes as Roofe’s effort took a wicked deflection to find the back of Etheridge’s net via the woodwork.

And the Whites’ consolation goal put the wind in their sails as they pinned the Bluebirds back at stages in the second period.

However, they were unable to claw their way back into a game that was out of their reach, as City threatened to extend their lead through Mendez-Laing and Damour.

The full-time whistle blew, with the superb result confirming the Bluebirds’ ascent to the top of the Sky Bet Championship table.