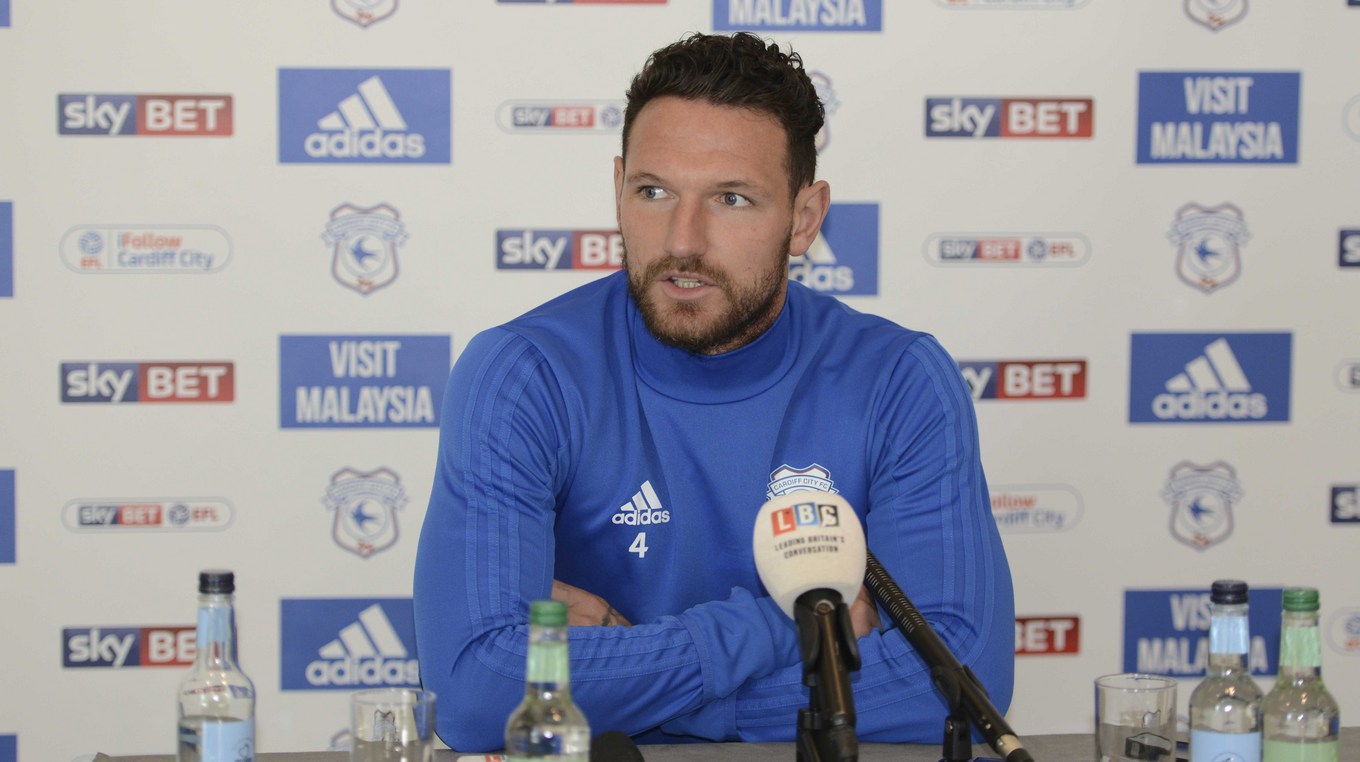 Morrison: "We've got spirit in abundance!"

Cardiff City skipper Sean Morrison took on press conference duties on Friday morning, ahead of the Bluebirds’ trip to Sunderland on Saturday.

The Sky Bet Championship clash at the Stadium of Light kicks off a big week for the Bluebirds, ahead of successive home tests against Leeds United and Derby County.

“All in all, we’re still joint top of the league,” said Sean reflecting on the Bluebirds recent games. “I think if you asked anyone in this room, or any of the fans, they’d have taken being at the top after eight or nine games.

“We’re looking forward to this week. It’s a big week with three tough games, as they always are in this league. If we can better last week’s points tally and be up there or thereabouts, we’ll be very happy going into the international break.”

The City centre-half went on to underline the importance of the Bluebirds’ togetherness, on and off the pitch.

“I’ve said it before - that’s down to the Gaffer and it’s down to the group that we’ve got in the changing room,” he continued, “We’re together as a unit. We trust each other. We do stuff away from the Club and we all get on. There’s no bad feeling from the boys when people aren’t playing too.

“We’re fully aware that this is a squad, and that if we’re going to get promoted we need the squad to be together. I think that shows on the pitch… We’ve got spirit in abundance and, as I’ve said before, it’s one of the best changing rooms I’ve ever been involved in."

The skipper also revealed that the squad regularly socialise as a group when away from the pitch, adding: “We mostly play golf, to be honest. There’s a lot of golf-heads in the squad at the moment. I try to stay away from playing with Danny Ward though. He’s too good, so he’s kind of ruined my love for golf.

“We try and get together for a bit of dinner too, even if it’s just once a month, it makes a massive difference on and off the pitch.”

Finally, Sean turned his attention back to Saturday’s clash with Sunderland, explaining that he’s expecting a tough game from the former Premier League side.

“It’s always difficult for teams when they get relegated from the Premier League to adapt to life in the Championship,” he added. “It’s a completely different league with a lot of travelling up and down the country for Saturday-Tuesday games.

“They’ve still got a fair few players that have played Premier League football for a long time though. They might not be doing as well as they hoped for now, but I’m sure come the middle of the season, they’ll be right up there.

“It’s going to be a hard game, a hostile environment, a big stadium. But we know what we’ve got to do. We’ve got to do our job and hopefully come back with all three points.”