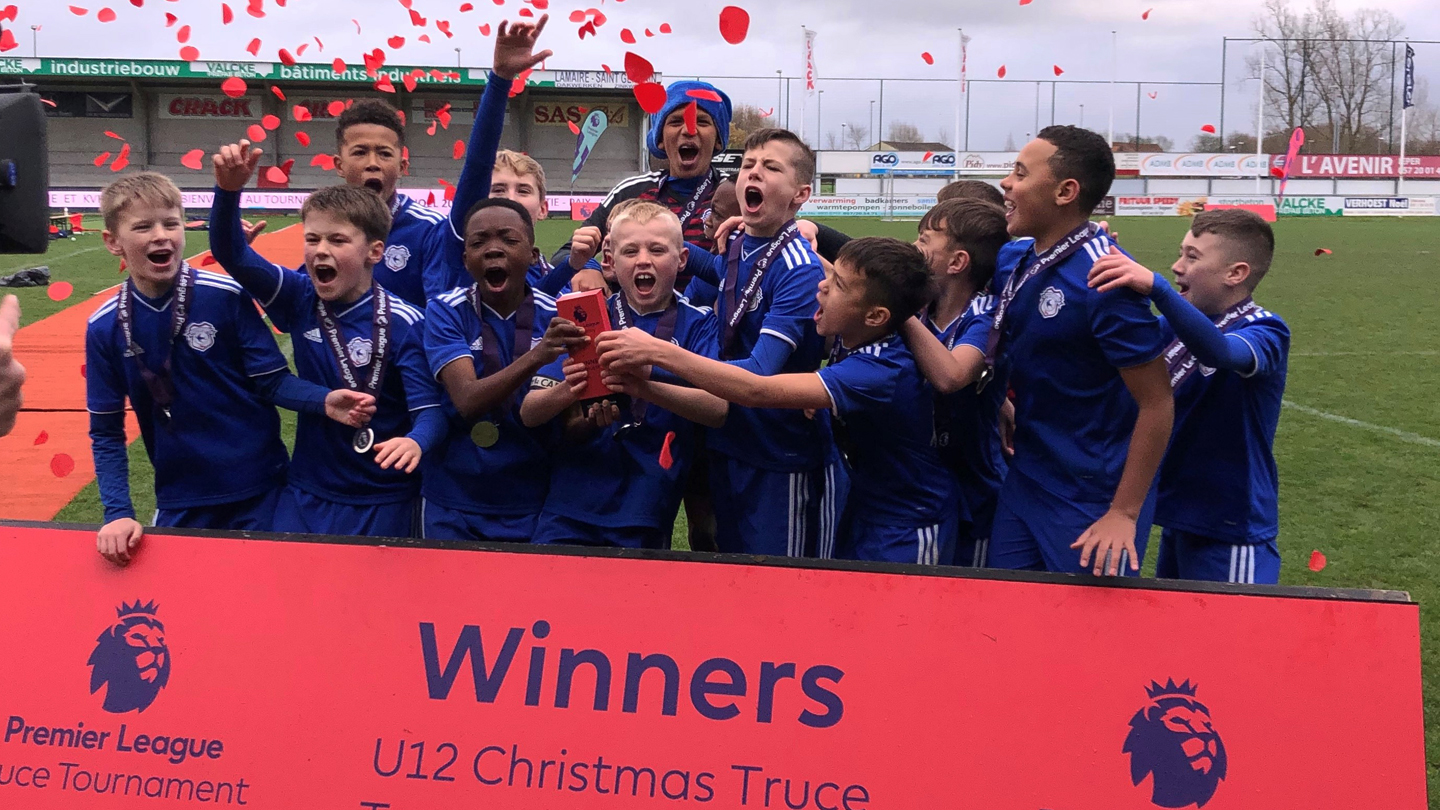 This past weekend, Cardiff City’s U12 side took part in the Truce Cup Finals, which were held in Ypres, Belgium. The young Bluebirds came away from the tournament victorious, beating Sunderland in the final of the competition 4-3 on penalties.

The Truce Cup forms a part of the Premier League Games Programme, and is dedicated to the Christmas Day Truce in 1914, where soldiers from both sides played a game of football in No Man’s Land during an unofficial truce.

In addition to the playing aspect of the competition, there is a huge focus on remembrance and education, with two places in the finals also awarded to the teams who came up with the best projects on World War One. The qualifiers fell under the weekend of the 100th anniversary of the armistice, as the teams involved took part in a service to show their respects.

Players and staff travelled out to Belgium on December 7th, spending the day visiting educational sites and World War One memorials. In keeping with the spirit of the tournament, the squad went to Tyne Cot Cemetery and the Passchendaele Trenches to show their respects and learn about the events of World War One.

The following day was the start of the tournament, as sides took part in the group stages, hoping to book a place in the Semi-Finals. The young Bluebirds were put in a group with FC Köln, Arsenal, RS Lens, Lille and Sunderland. Wins against Köln, Arsenal, Lens and Lille set City up with a semi-final against R.S.C Anderlecht the following day.

After the games, there was an opportunity for players of all clubs to exchange gifts as a showing of respect and also to spend valuable time with opposing players away from the pitch.

It provided the chance for some of the squad to give their thoughts on the successes of the day, as they were interviewed by Premier League delegates.

On Sunday, it would take penalties to split the Bluebirds and Anderlecht, but Cardiff City held their nerve and showed great character to overcome the test that the Belgian side faced – winning 5-4 on penalties. Their biggest test would come shortly, as they would face Sunderland in the final of the Truce Cup.

City fell behind to a Sunderland goal. Despite this, the squad showed huge fight and desire to equalise in the dying moments though, as Troy Perrett scored his eighth goal of the tournament to take the game to penalties. The young Bluebirds would take that fighting spirit into the penalty shootout and emerge victorious, winning 4-3 on penalties to lift the Truce Cup.

Speaking of this triumph, Academy Manager James McCarthy said: “The achievement of our U12 players on the weekend is a truly fantastic one. To compete with Category One academies from the UK and some of the best sides in Europe will lay down a real marker of the progress that the Academy has made over the last few years, which is a testament to the hard work of everyone behind the scenes.

“I would like to thank all parents who travelled for their continued support also but also I’d like to say well done to all the staff who have all contributed to this success. From all the coaching staff, recruitment, sports science, medical and to the operations department; it really has been a huge team effort – with everyone contributing to this huge achievement.”

A fantastic achievement! Congratulations to all involved in the U12 Truce Cup victory. 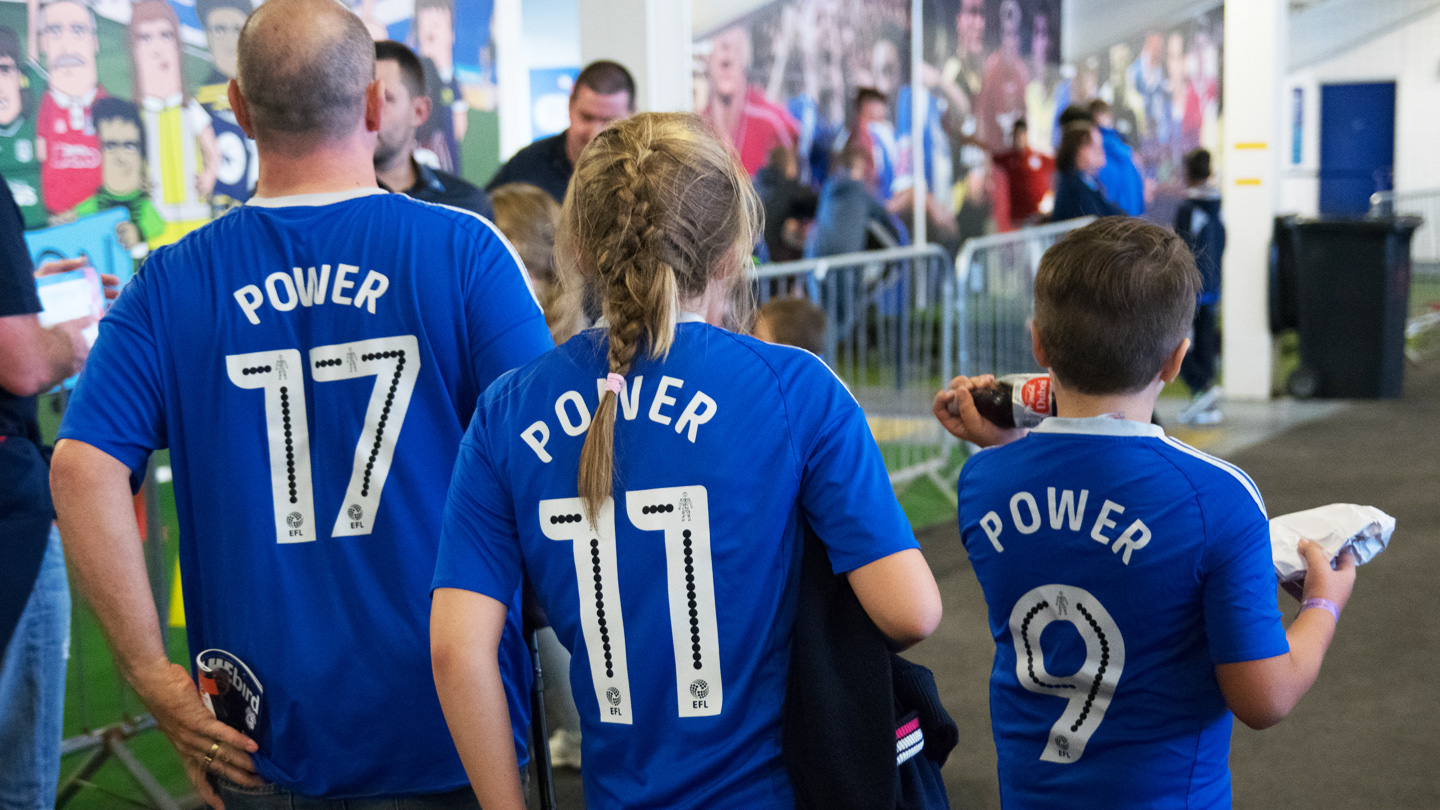 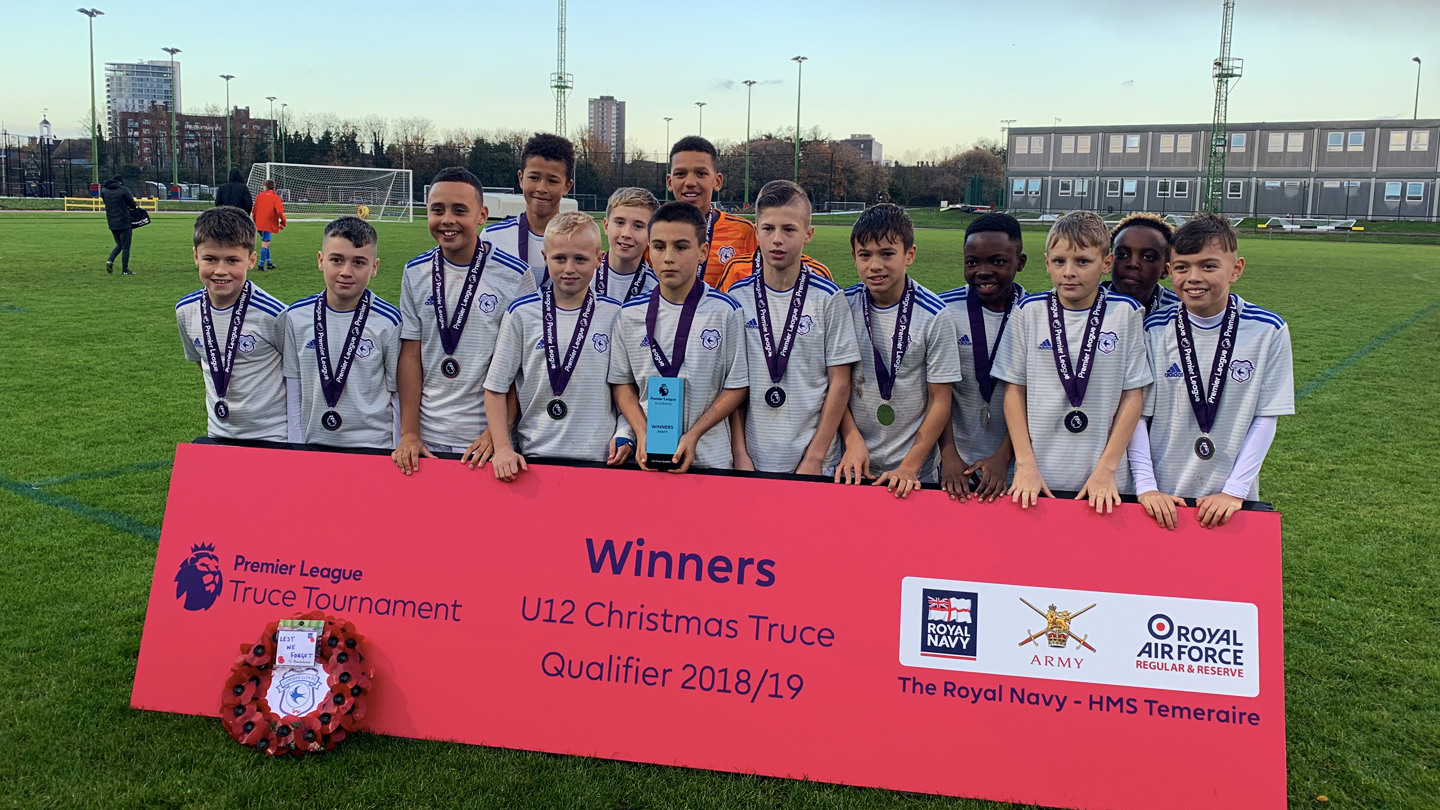