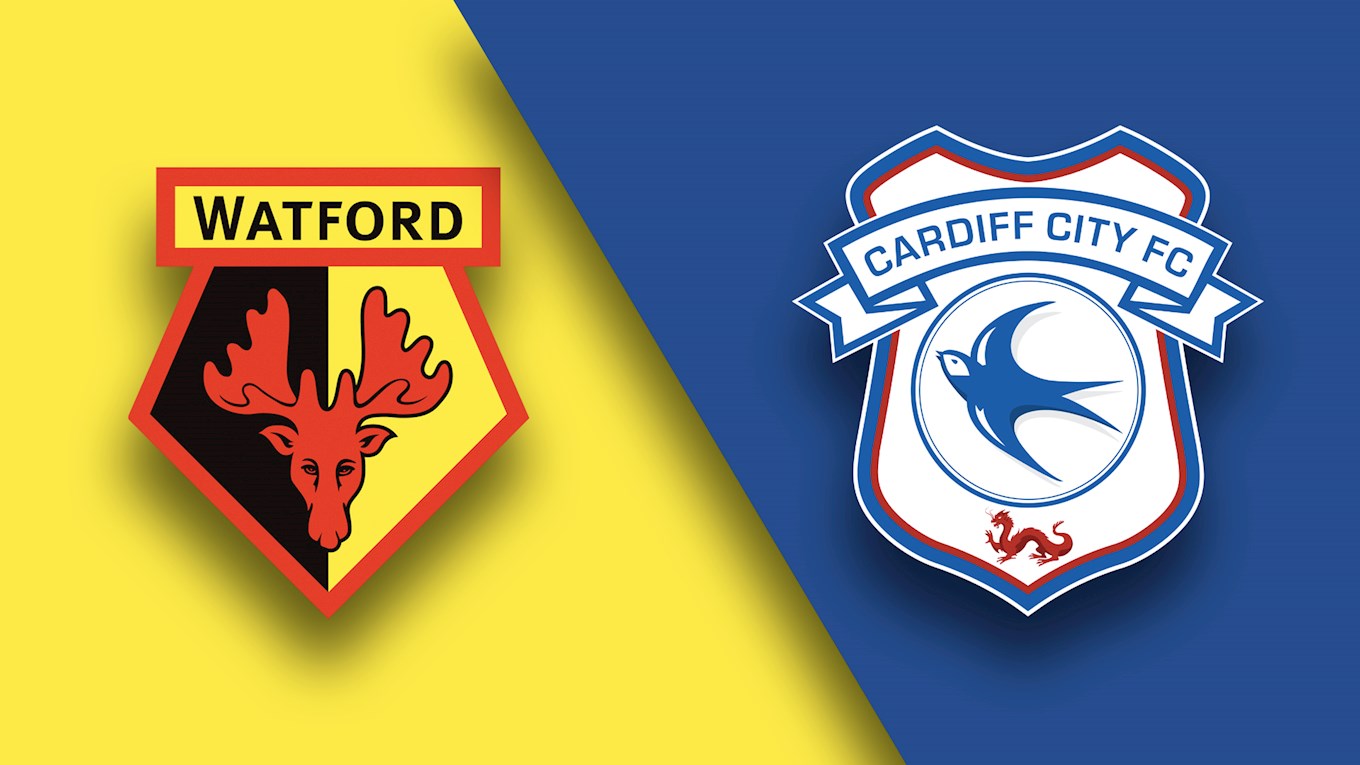 Match preview for Watford vs Cardiff City on 15 Dec 18

The Bluebirds travel to Vicarage Road...

(Update: 14/12/18, 11:45am) The Ticket Office have an extremely limited number of extra tickets available at Vicarage Road. These are now available to Season Ticket Holders, Club Members, and Flex5+ Members on a first-come first-served basis on 033 33 11 1920.

Supporter info from Watford FC: Turnstiles will open 90 minutes before kick-off. In order to meet our security obligations, we advise that supporters arrive no later than 45 minutes before kick-off to avoid any potential delays. All supporters will be searched prior to entry into the ground. Alcohol will not be served in the away supporters section of the stadium, as a result of the limited concourse space.

The pub for away support in Watford is The Oddfellows in Fearnley Street, WD18 0RD, which is a five minute walk from the away end turnstiles.

Furthermore, upon your return home after the match, the M4 Prince of Wales Bridge will be closed, so please plan your return journey ahead.

Find out about all of the Severn Bridge works taking place over the weekend here.

Javi Gracia joined Watford in January 2018, following the departure of Marco Silva. The Spaniard guided the Hornets to a 14th place finish, following the remainder of Watford’s 2017/18 season.

The 48 year-old was a defensive midfielder during his playing days and featured for seven different Spanish clubs, making a combined total of 430 appearances and scoring on 44 occasions. He also managed to secure one major honour as a player whilst at Lleida, winning the Segunda División in 1992/93.

The Hornets will be without French international midfielder Étienne Capoue, as he is serving the third game of his three-match ban following his dismissal away at Leicester City.

Gracia will be also have to line up his side in the absence of Andre Gray (leg), Will Hughes (hip), Adalberto Peñaranda (foot) and Sebastian Prödl (knee).

A Peter Whittingham brace for the Bluebirds secured back-to-back victories, moving them up to fourth place in the Championship table.

The encounter saw Whittingham mark his 150th appearance for City, and he could have hardly made a better start to proceedings at Vicarage Road. When Jay Bothroyd was brought down by Craig Cathcart inside the box, Whitts calmly stroked the resulting penalty home to give the Bluebirds the advantage after 24 minutes.

City came close to doubling their lead after Whittingham’s pin-point free-kick found the head of Mark Hudson soon after. The centre-back had scored that famous 68-yard effort in a 6-1 triumph over Derby County in the game before, however, his glancing header rebounded back off the post.

The visitors didn't have to wait long for the second goal, which arrived in bizarre fashion. Adam Matthews’ direct 50-yard free-kick completely deceived Scott Loach as the ball flew into the Hornets net, and the Bluebirds went into the interval with a two-goal cushion.

City continued to take command in the second half and their third arrived through Whittingham. The midfielder connected perfectly from Gavin Rae’s cross, powerfully heading the ball beyond the Hornet’s shot-stopper with less than 25 minutes left to play.

The Bluebirds made it four a minute later. Chris Burke chipped a perfect ball through to Bothroyd, who curled his effort beyond Loach in the Watford net.

At the final whistle, Cardiff City had ended a 39-year wait for a win at Vicarage Road.

Former Bluebirds midfielder Don Cowie represented both City and the Hornets. The Scotsman signed for Watford in February 2009 and went on to make 88 appearances for the Club, before signing for City in July 2011, putting pen to paper to a three-year deal. The former Inverness man featured 86 times for the Bluebirds and was part of the team’s Championship winning title success during their 2012/13 campaign.

Jordon Mutch encountered a brief stint at this weekend’s counterparts. The 27 year-old joined the Hornets on a short-term loan during their 2010/11 season before rejoining his parent club Birmingham City, netting five goals in 23 appearances for Watford.

Bluebirds centre-back Matthew Connolly also enjoyed a brief stint at the Hornets on loan during the 2014/15 season, making six appearances for the Hertfordshire-based outfit before returning to the Bluebirds ranks the following season.

Both fan-favourite forwards, Heiðar Helguson and Michael Chopra were two others to turn out for both sides. Chopra netted five goals in as many games for the Hornets when on-loan from Newcastle United early in his career, while Helguson scored over 80 goals combined for the two Clubs.