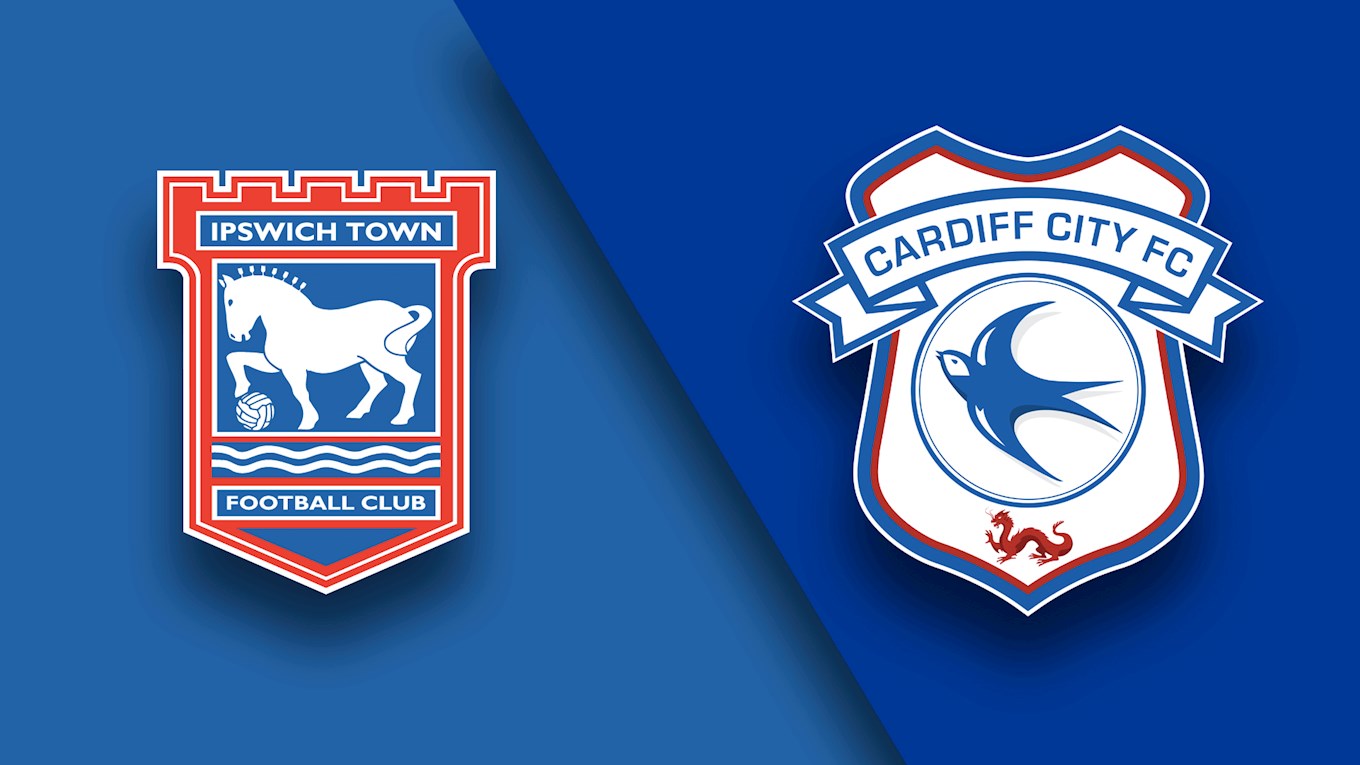 Cardiff City travel to Portman Road on Wednesday evening, looking to build on their six-game unbeaten run in the Sky Bet Championship.

Ipswich welcome the Bluebirds off the back of their 1-1 draw in the East Anglian derby against Norwich City on Sunday afternoon.

What to expect from the Tractor Boys…

Mick McCarthy’s side currently occupy 12th place in the table, level on points with the Canaries and Leeds United. 13 wins from 32 games puts the Tractor Boys in sight of the play-offs, despite dropping away from their lofty early-season position.

Ipswich are unbeaten in February, with one win and two draws from their three fixtures. That victory came at the Stadium of Light at the start of the month, with Joe Garner and an Adam Matthews own goal securing the victory.

Martyn Waghorn has been a creative threat for the Tractor Boys this term, with 10 goals and eight assists to his name since arriving from Rangers in the summer.

Waghorn's fellow forward, Joe Garner, who also moved from Ibrox to East Anglia, is joint-top of Ipswich's goal scoring charts, with 10 goals and two assists so far in this campaign.

McCarthy has been with Ipswich since 2012, following his departure from current league leaders Wolverhampton Wanderers.

Beginning his managerial career with Millwall 16 years ago, the 59 year-old spent four years with the Lions before taking charge of the Republic of Ireland. McCarthy, who represented the Boys in Green on 57 occasions as a player, went on to mastermind their progress to the knockout stages of the 2002 FIFA World Cup in South Korea and Japan.

A three-year spell with Sunderland then led McCarthy to Molineux where he spent six years before making the move to Portman Road.

The Bluebirds are unbeaten in the last five meetings between the sides, with the reverse fixture in October seeing City triumph 3-1 at Cardiff City Stadium thanks to goals from Junior Hoilett, Omar Bogle and Danny Ward.

In fact, our last two meetings have ended in a 3-1 City win, as Kenneth Zohore's brace and a third from Joe Bennett secured the three points in last season’s encounter.

City's Liam Feeney spent time on loan with the Tractor Boys, making seven appearances during his spell from Bolton Wanderers in 2016. Meanwhile, two players within the Ipswich ranks have also been on the books at City in recent years. Emyr Huws and Tom Adeyemi both made the move from the Welsh capital to East Anglia.

Alan Lee and Mark Kennedy also switched directly from the Bluebirds to the Tractor Boys, and both went on to take up coaching positions at Portman Road. Lee - who made almost 100 appearances for City before scoring 34 times for Ipswich - is currently the club's U18 Manager.